Eleanor Smith is part of Cycling UK's 100 Women in Cycling 2018 list for her commitment to opening up bike maintenance to everyone.

In 2012, Eleanor Smith founded the Broken Spoke Bike Co-op, a DIY workshop and cycle training organisation. Its mission is to make it possible for anyone and everyone to fix and ride their bike through cycle training, mechanics courses and drop-in workshop sessions. Over the years, Eleanor has worked to break down barriers to cycling and mechanics.

Prior to setting up Broken Spoke, Eleanor started Beryl’s Night, regular skill-sharing sessions for women and transgender people to learn about mechanics. Seven years on, Beryl’s Night (named for the great Beryl Burton) is still going strong which puts pay to the idea that women simply aren’t interested in mechanics. Eleanor also set up an earn-a-bike course for homeless and vulnerably-housed adults, to give them access to bikes and skills which has been running for nearly as long as Beryl Night. In 2015 she created the Festival of Women & Bicycles, to showcase the amazing things women are doing in cycling and motivate more women to get involved.

Community bike workshops are really positive places to be in our crazy mixed up world – bikes are good and repair is good, there’s no two-ways about it.

Last year, in response to a friend being killed while cycling in Oxford, Eleanor become invested in campaigning and changing the structure and culture of roads. This led to the creation of the Claudia Charter for Safer Cycling in Oxford.

Eleanor says, “I enjoy being part of the transformative impact that cycling and fixing can have in peoples lives. Community bike workshops are really positive places to be in our crazy mixed up world – bikes are good and repair is good, there’s no two-ways about it.

“I love it when people come in with very little understanding of how the machine they use to get around works, and, with a bit of time and guidance, they leave with insight and a deep sense of satisfaction. It’s important change in perspective because ultimately, we need to move away from a consumerist society where we know nothing about the machine and materials we use. And the more we can fix our bikes the more we can ride them.”

She adds, “The main thing I do is ride a bike; I ride it always and pretty much everywhere and try to encourage and help others to do the same.” 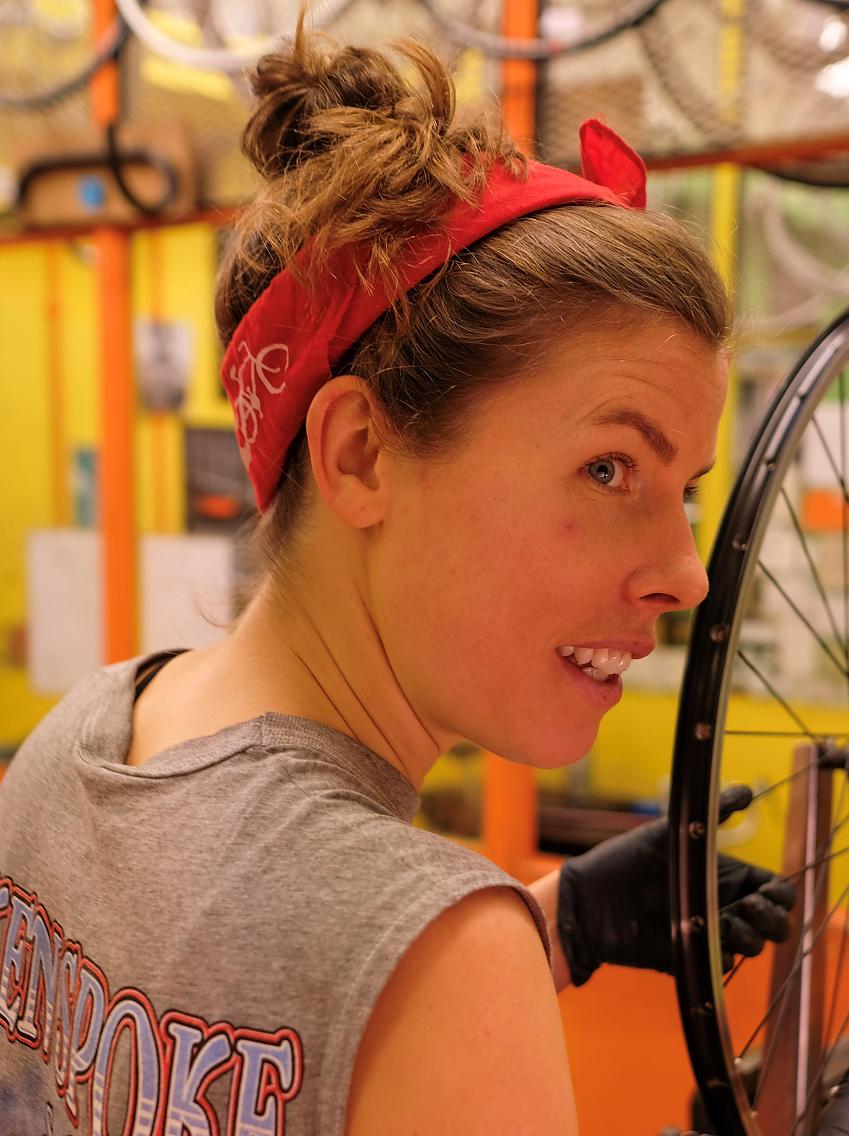 An inspirational 'Day of Women and Bikes' View