The closure of the Keyhole Bridge enabled people to walk and cycle safer - but with the scheme scrapped, it's reverted to a rat run.
By Keir Gallagher
Friday, 10 September 2021

The first of a number of legal cases challenging councils pulling out active travel interventions will go to court on 6 October - but the local campaign group needs your help.

Back in July, we reported on a number of English councils taking the ‘fast (cycle) lane’ to the High Court after ripping out measures to enable cycling and walking without proper consultation.

The first of those cases has now been issued a hearing date: on 6 October, Bournemouth, Christchurch, and Poole Council will have to defend its decision to turn a well-used and safe active travel link back into a dangerous, busy, clogged-up rat-run.

But with the hearing date rapidly approaching, the local campaign group urgently need donations to help cover their legal costs, which are expected to be around £12,500 – if you can help with a donation large or small, please consider supporting their campaign today.

The key to cycling, walking, and wheeling

Keyhole Bridge itself carries trains into Poole and is located at the epicentre of Poole’s largest green space, but it’s the narrow, 2.7m wide underpass below the bridge which is the subject of the legal action.

The underpass is a vital means of crossing the railway for park-goers, pedestrians, cyclists, wheelchair users and anyone else.

Having the road closed to motor traffic made a huge difference to people with sight impairment, hearing impairment, and wheelchair users, who could use the bridge safely without worrying about the traffic. But of course, we lost all of that when the bridge reopened

Of course, when the bridge was built, cars were substantially narrower and significantly less common, but after decades of increasing traffic, not to mention ever-widening cars, the underpass, which can squeeze one car through at a time, has become congested and dangerous, with 500 cars an hour passing through at peak times. Everyone else is often left waiting for a gap in traffic to rush through, while cars line up to try to pass in either direction.

This all changed last year, when the council closed the underpass to cars, allowing pedestrians and cyclists to pass through safely and easily, and enabling several people with disabilities to use it for the first time, as historically it’s just been too dangerous. And the icing on top was that car drivers merely suffered a 0.25-mile detour by sticking to the main road.

The intervention was well used and widely appreciated by locals but, tragically, in March this year, without even allowing the ongoing public consultation to finish, the council scrapped the scheme and reopened the bridge to motor traffic.

The before and after pictures below tell the story better than any words could. 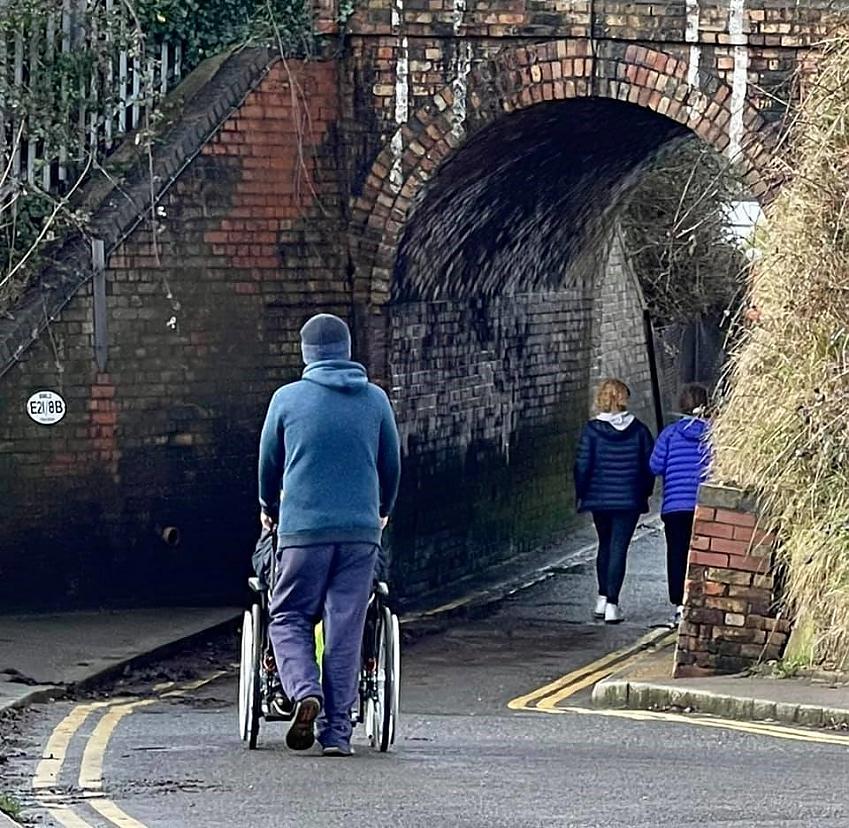 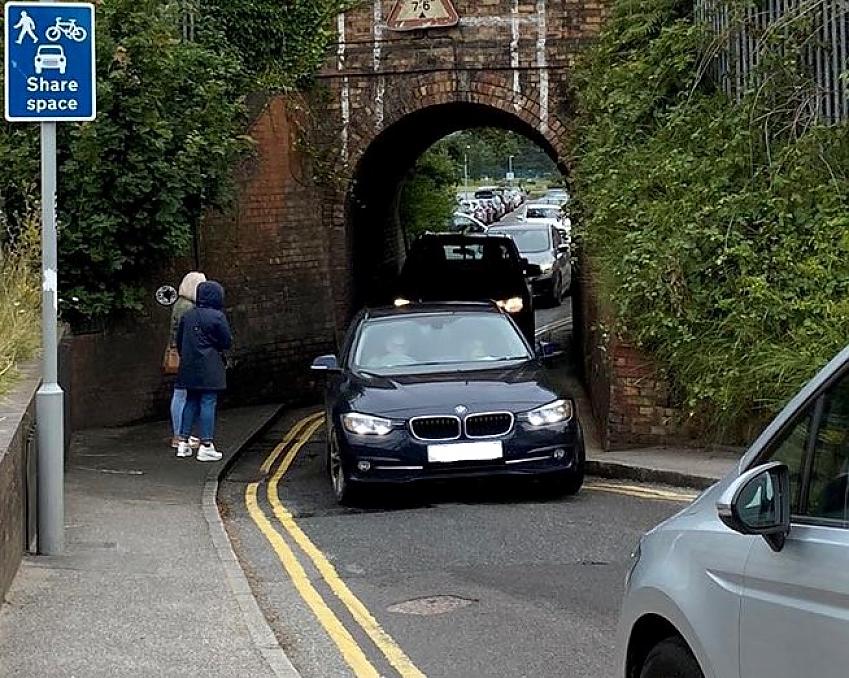 The underpass after the road was reopened to cars

However, local people decided to act – park-users, parents, runners, cyclists, grandparents, wheelchair users, local residents, commuters and many others, with no background of active travel campaigning, quickly came together to form Keyhole Bridge Group, and asked the council to reverse their decision, highlighting how beneficial and well-used the scheme had been.

The council refused, and, despite having only formed weeks before and learning everything as they went along, the group quickly realised judicial review was their only option to save the Keyhole Bridge as an active travel link, and took the brave decision to take the council to court.

If ripping out a bollard to create a rat run that stops people walking, in wheelchairs, or cycling, passing safely under a bridge sounds bonkers to you, and you’ve always favoured David to Goliath, this is campaign worth chipping in for.

Relying only on crowdfunding, the group was granted permission to launch a judicial review – the first hurdle of any legal challenge of this nature. Now, they’re hoping that on 6 October the court will find that the council acted unlawfully when it pulled out the scheme without proper consultation or evaluation.

Such a declaration from the court wouldn’t only help people cycling and walking in Poole – it could also make councils across the country think twice about pulling out active travel interventions without proper consultation or evaluation.

But they need your help. Having raised an incredible £8000 so far, they’re currently £4500 short of the legal cost estimate they’ve been given. What they’ve achieved in the past months is an incredibly display of a community working together to protect its ability to cycle, walk and wheel safely, and if you’re able to support their cause with a donation, large or small, please consider doing so today.

Duncan Dollimore, Head of Campaigns at Cycling UK, summed the up the absurdity of the council's decision: "Squeezing cars through the Keyhole Bridge is transport planning from the last century. Rather than prioritising pedestrians, park users, and people wanting to cycle safely in Poole, the council caved in at the first sign of political pressure, but the Keyhole Bridge Group never backed down and the battle of the bollard will be fought out in court next month, provided the group secures the extra funding needed.

If ripping out a bollard to create a rat run that stops people walking, in wheelchairs, or cycling, passing safely under a bridge sounds bonkers to you, and you’ve always favoured David to Goliath, this is campaign worth chipping in for.”

Help them keep up the fight

Sue Smith, a member of the Keyhole Bridge Group, spoke to us about why the campaign is so important for local people:

“The problems with congestion at Keyhole Bridge have been building for years so it was a huge relief when the council took the positive move to close it to traffic.

It’s used by everyone from students to commuters, local hospital staff, young children cycling and others building up their confidence on the bike, and having it closed made a huge difference to people with sight impairment, hearing impairment, and wheelchair users, who could use the bridge safely without worrying about the traffic.

But of course, we lost all of that when the bridge reopened. Having enjoyed the peace of moving from one park to the next without having to fight with traffic, many local people are rightly puzzled as to why the sensible closure of the road has been reversed.

We explained to the Council how unsafe it now felt, but they simply erected a couple of “shared space” signs which had no impact – with people once again back to waiting for a break in traffic then making a dash for it, all to save car drivers less than 0.25 miles. Sadly, our legal challenge is now our last hope.”

Cycling to school: a 'right' of passage View