Starting at the ancient city of Canterbury (an hour from London on the fast train), this is an easy-wheeling, largely traffic-free 60 miles on the north-east tip of Kent. It combines coast roads, lanes, seaside promenades, and unsurfaced paths.

lanes, seaside promenades, and unsurfaced paths. Just don’t expect to go too fast. Off-road miles count double in time and effort, and many of the seafront paths are shared with walkers. The route is best over two days, with time to stop along the way. 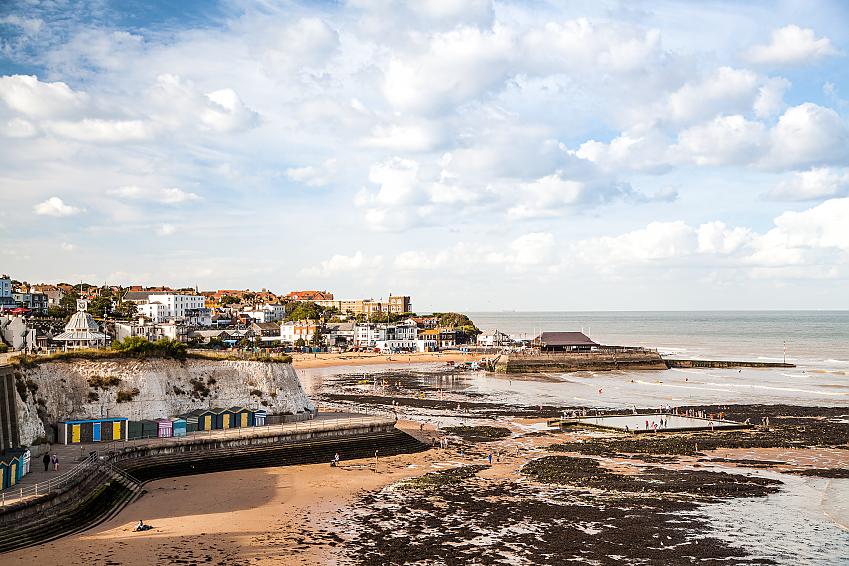 From Canterbury, head out past the university and onto the old Crab and Winkle railway line – now a cycling and walking route – over the hill to the sea at Whitstable. Though much of the coastline is built up, there are some great beaches for a swim. My favourite is Joss Bay.

Beyond Ramsgate, head inland on the segregated cycleway beside the A256 dual carriageway to the port town of Sandwich. You’ll then pass the remains of a Roman fort and amphitheatre at Richborough Castle. The last miles back to Canterbury follow Sustrans Route 1 on quiet lanes past orchards of apples, pears, plums, cherries and apricots and polytunnels sheltering raspberries and strawberries, showing why Kent is still ‘the garden of England’.

Famous for its arts scene and its oysters. From here, follow the coast to Ramsgate – keep the sea to your left and you can’t go far wrong. It’s signposted as Sustrans Route 15, the Viking Coastal Trail.

The site of a Roman fort that guarded the Wantsum Channel, a long-gone body of water that, along with the Great Stour, once separated the Isle of Thanet from the mainland. St Mary’s Church towers loom large.

Synonymous with a certain idea of the English seaside, Margate is experiencing a renaissance. There’s a lot to see, from the Turner Contemporary gallery  to the mysterious Shell Grotto. 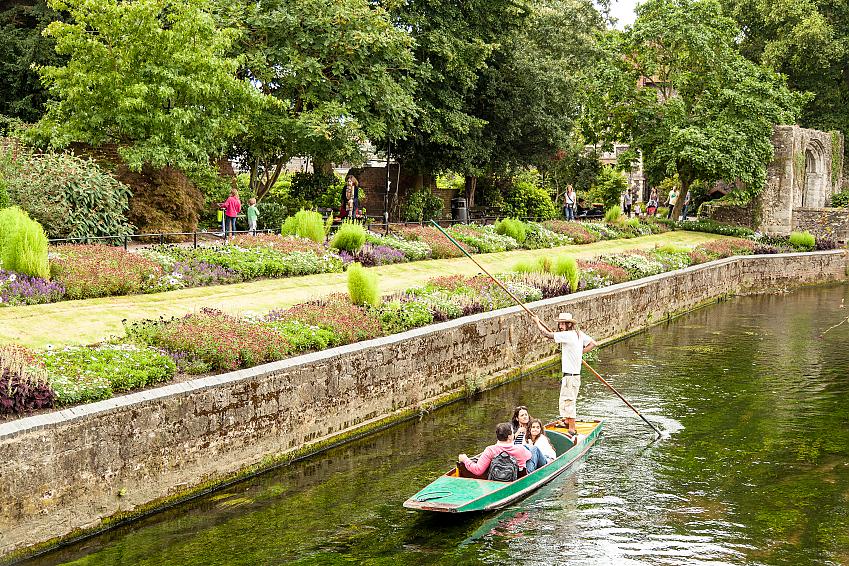 Hip, happening Margate’s more genteel neighbour. Charles Dickens was a regular here, staying at the imposing Bleak House on Fort Road. There are chalk cliffs and a sandy beach. Head to Morelli’s Gelato for an ice-cream.

Archaeologists believe Julius Caesar landed here to start the Roman invasion of Britain. It’s also said to be the landing place of the earliest Anglo-Saxon settlers and later, St Augustine, the first Archbishop of Canterbury. There’s a full-size replica of a Scandinavian longboat.

Allow yourself time to see the magnificent Gothic cathedral and wander the narrow mediaeval streets that cluster around it. A fair amount of the city centre is pedestrianised so you’ll need to walk your bike or, better still, bring a good lock so you can leave the bike and go exploring on foot. If it’s a nice day, take a punt on the River Stour (shared trips and private hire available) before boarding your train home.

CCR 20: Rochester Cathedral to Canterbury Cathedral View
Cycling UK continues to support the UK to cycle
This remains true during this difficult period with the ongoing threat of coronavirus Covid-19
Read our latest advice on cycling