The Maritime Heritage Trail was created as part of Cycling UK’s Routes and Roots project, which was funded by the National Lottery Heritage Fund NI and the Department of Communities. The trail connects East Belfast and Sailortown through a journey across Belfast, taking in the city’s maritime history and heritage along the way.

The trail is approximately four miles long, virtually pan flat, and all on safe cycling infrastructure. It provides the perfect opportunity for people of all ages and abilities to discover by bike the rich history that Belfast is famous for. Along the way there are plenty of opportunities to grab a coffee and a bun.

The start/end of the trail is St Joseph’s in Sailortown or CS Lewis Square in East Belfast; you can start at whichever end suits you best. These two locations are easily accessed via the Lough Shore cycleway and the Connswater Community Greenway. Belfast Bikes has a number of docking stations on the trail, so you don’t have to bring your own bike. 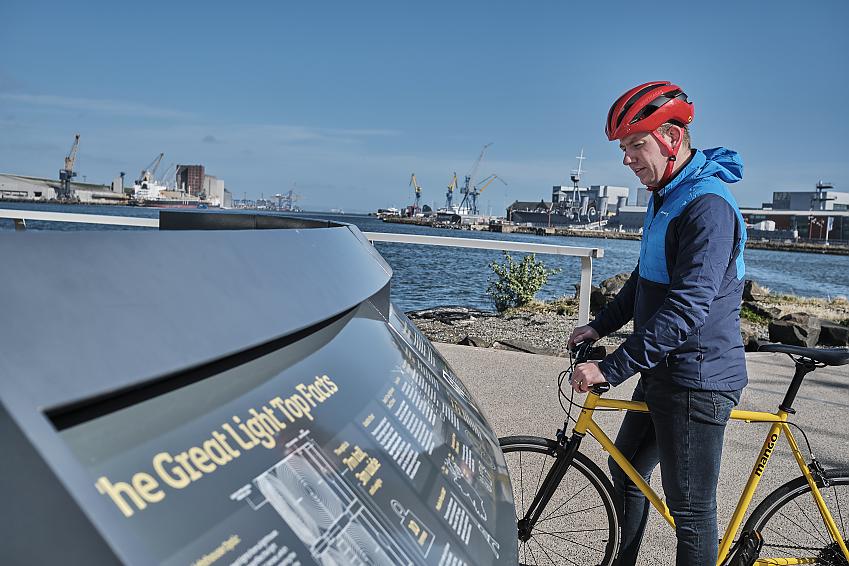 Josh pauses on route to read information about The Great Light

Named after the Belfastborn author, CS Lewis Square is a popular place in East Belfast for locals to come and meet. It’s a location you can come to learn about the area and take in the sights, which include many amazing sculptures recreated from the book, ‘The Lion, The Witch and The Wardrobe’.

The Harland and Wolff shipyard, founded in 1861 by Edward James Harland and Gustav Wilhelm Wolff, was once one of the biggest employers in the country. The most famous symbols of the shipyard are the yellow cranes, Samson and Goliath.

The Titanic museum was opened in 2012. Park your bike and go inside to learn about the history of the Titanic and its sister ships, RMS Olympic and HMHS Britannic. In the same vicinity you can also visit the SS Nomadic and the HMS Caroline. 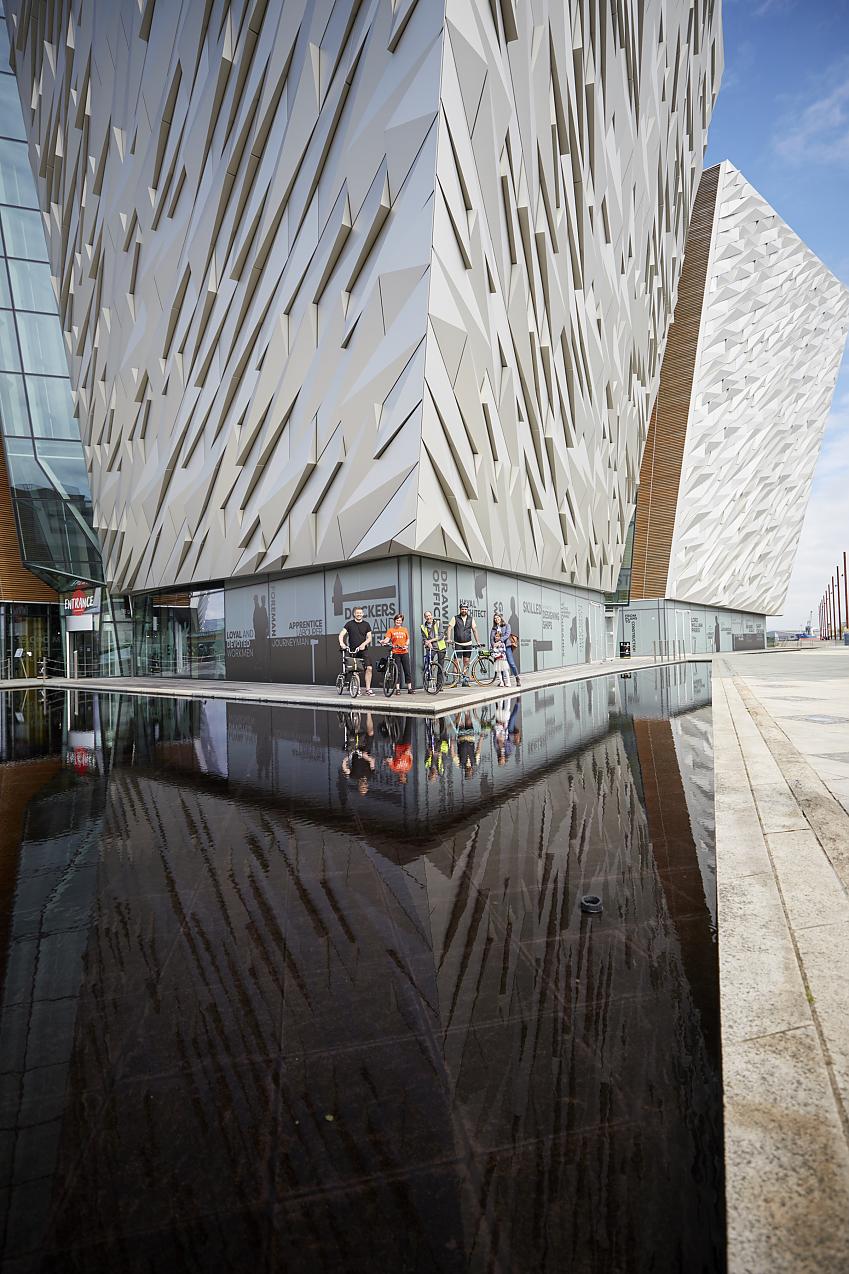 Outside the Titanic Museum

The Great Light is approximately 130 years old and is one of the biggest optics of its kind in the world. It is an almighty specimen, weighing over ten tonnes and measuring over seven metres in height. It produced one of the strongest beams that a lighthouse has ever shone, hence the name. 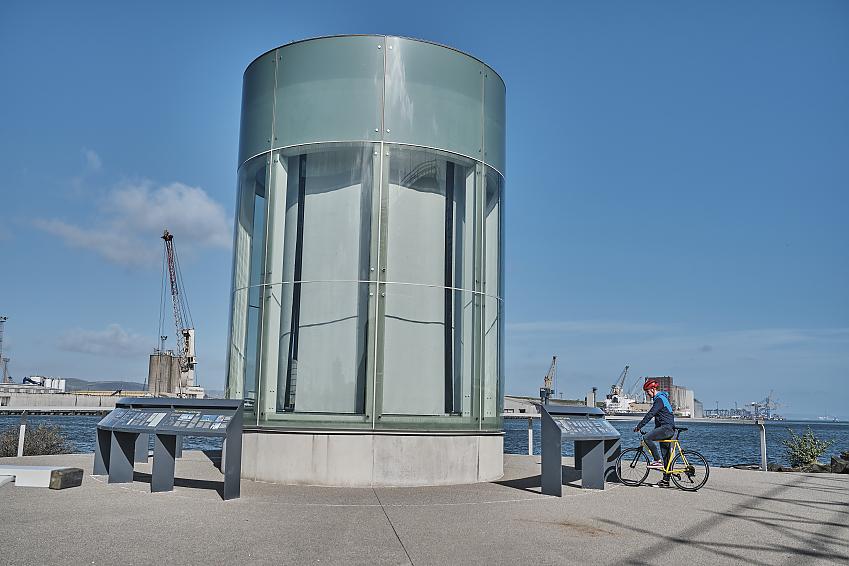 Known to locals as ‘the Big Fish’, the mosaic sculpture’s true name is the Salmon of Knowledge. Created by artist John Kindness, the sculpture is ten metres long and clad in tiles. Each one tells a story about the city using pictures, text, and newspaper cuttings. 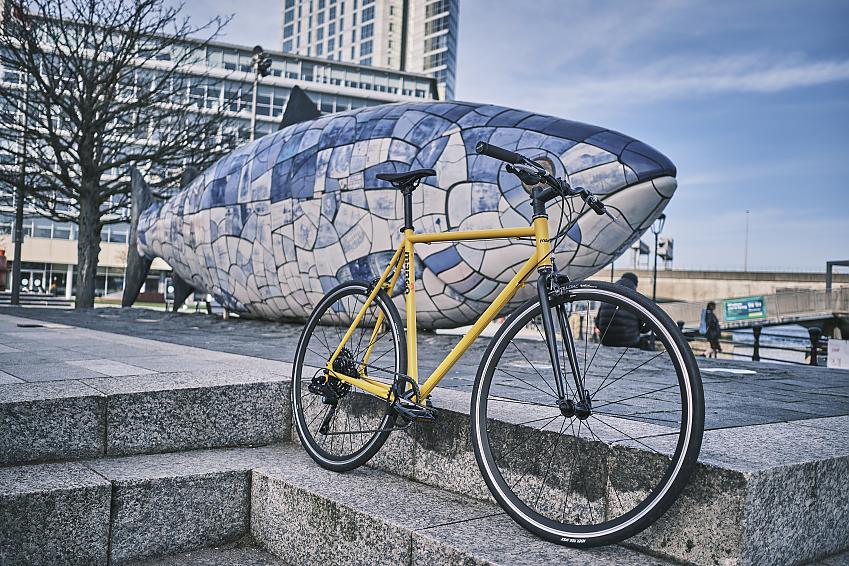 The Salmon of Knowledge

In 2000 the church was closed to be deconsecrated but in 2006 campaigners secured a 150-year lease for it. Thanks to the Sailortown Regeneration Project, it’s being restored to its former glory and has now been repurposed as a community hub.

Travellers' Tales: Belfast and beyond View