A study by Cycling UK has found 82 per cent of parents have taught their children to ride a bike - with 70 per cent claiming it’s a vital life skill. But with the number of journeys made by bike remaining at a stubbornly low level at just two per cent, the national cycling charity has identified a big gap between those who can and do ride bikes regularly.

A poll carried out by YouGov for the launch of Cycling UK’s Big Bike Revival project also found that 47 per cent of people who can ride a bike lack confidence to carry out basic repairs to a bike, like fixing a puncture or checking their brakes.

Meanwhile 41 per cent say they would be encouraged to ride more if they could find a group of people of a similar standard to cycle with.

This survey shows there is clearly a massive disconnect between the numbers of people who can ride a bike and those who do so regularly.

“In many cases, it comes down to confidence, whether that’s through a lack of basic bike maintenance skills or being unable to find like-minded people to ride with," said Mr Scott.

“We know from experience, for example that many people worry about encountering a mechanical problem while cycling and being left stranded on the side of the road.

“We also know that creating community clubs of riders of a similar standard can offer real encouragement to get people cycling regularly.” 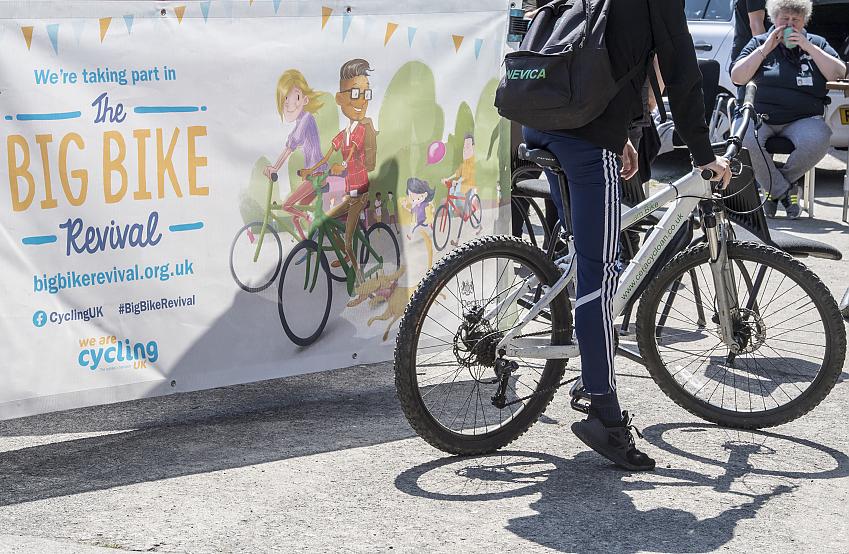 The Big Bike Revival launches with three months of events

The Big Bike Revival launches across England on 3 May, funded by the Department of Transport, to encourage more people out on their bikes.

Events run over a three-month period will provide free maintenance sessions to get people’s bikes back into working order, group rides and skills sessions to help people build the confidence to ride.

The charity has also helped to create community cycle clubs across the country where ordinary cyclists can get together and support each other on rides.

We know that around 9 out of 10 people in the UK were taught how to ride a bike, but too few of us are cycling.

Jenny Box, Head of Behaviour Change and Development in England.

“The evidence is clear that cycling is not only good for your health, both physical and mental, but it’s a cheap mode of transport, reduces traffic congestion and helps improve air quality," Jenny added.

“The Big Bike Revival is all about tackling those barriers that are stopping people from riding. So if that’s you, come along to a one of our events and see how cycling can change your life.” 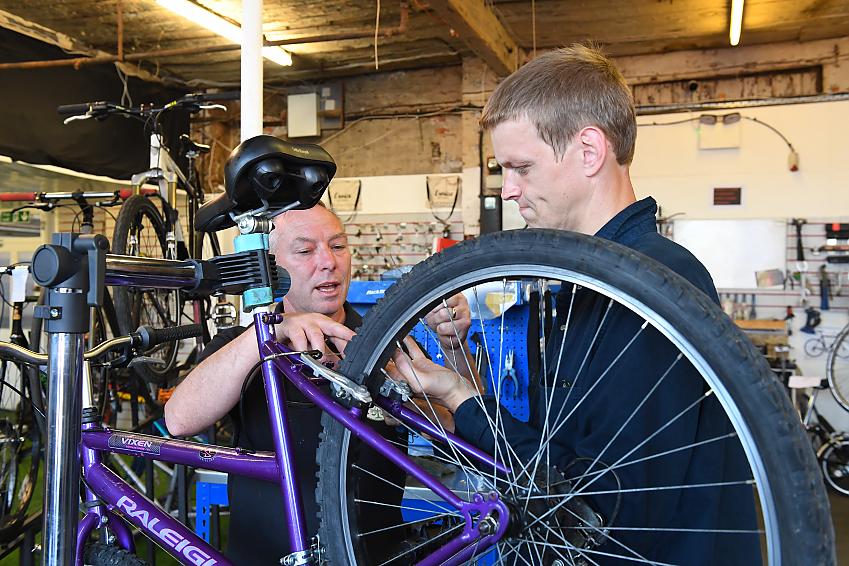 The Big Bike Revival helps people get back in the saddle

Last year, the Big Bike Revival reached more than 60,000 people in England and Scotland through 1,700 events. Almost half of those who attended were non-cyclists.

*The Big Bike Revival runs from 3 May – 26 July. More details at www.cyclinguk.org/bigbikerevival

The top five reasons why parents teach their children to ride a bike:

Big Bike Revival in England back and bigger for 2019! View