A row has broken out between the Velolife Café and the Royal Borough of Windsor and Maidenhead over ban stopping cyclists meeting at the premises.

Cycling UK is demanding answers to four key questions over what it describes as an 'absurd' cycle ban at the Velolife cafe in Maidenhead.

Late last Friday, it became clear that café owner, Lee Goodwin, still faced the threat of legal action for a breach of planning rules from the Royal Borough of Windsor and Maidenhead Council if cyclists continued to meet at the premises.

This was despite an earlier reassurance that no action would be taken against any cyclist or cycling clubs.

He said: “The situation currently is that the council says that it wants a café with a cycling theme to continue, but is nevertheless seeking an injunction to prevent the owner from permitting any ‘cyclists’ meets’.

“Understandably, the owner and local cycling clubs, who don’t want to jeopardise his business, would like to know what constitutes a ‘cyclists’ meet’, but despite Cycling UK’s attempts to clarify this, the council just won’t say.

“So, the council have applied to enforce an order, the terms of which it doesn’t understand and can’t clarify, but nevertheless one in which it expects Mr Goodwin to comply with in the interim. It’s absurd.”

The key questions Cycling UK is asking for answers on behalf of cyclists who wish to use the café are:

In the absence of answers to those questions, Cycling UK can only inform local clubs that currently the position is that:

Mr Dollimore added: “Mr Goodwin is now receiving independent legal advice concerning these proceedings, and it would therefore be inappropriate for Cycling UK to comment further on courses of action open to him.”

“Yesterday, Cycling UK and British Cycling met with representatives from the Royal Borough of Windsor and Maidenhead.  Subsequently, the Council confirmed that they were happy to withdraw enforcement letters sent to cycling clubs threatening legal action if they attended the Velolife Café.

"In a joint statement issued this morning, the Council then indicated that it would work to ensure that Velolife was able to continue, and that it was not its intention to stop people enjoying the facilities there.

"It is therefore incredibly frustrating and disappointing to have to issue this further statement a few hours later, following discussions with Velolife’s owner Lee Goodwin this afternoon and lengthy email exchanges with the Council.

"Cycling UK was informed a few hours ago that the Council had informed Mr Goodwin today that, notwithstanding their statement that no action would be taken against clubs attending Velolife, Mr Goodwin still needed to ensure that clubs did not use the café as a stop before, during or after organised rides, and that to do so would breach the terms of the draft injunction the Council has sought.

"Accordingly, Cycling UK are obliged to clarify their position, and notify local cycling clubs that whilst their attendance at Velolife will not lead to enforcement action against the club, any such attendance may be considered a breach of planning requirements by RBWM and lead to further action against Mr Goodwin.

"Cycling UK will be discussing matters with Mr Goodwin and considering what further steps need to be taken as a matter of urgency."

Yesterday (Thursday, 15 August) Royal Borough of Windsor & Maidenhead council held very constructive talks with representatives from British Cycling and Cycling UK, who represent many cyclists and cycling clubs in the UK. The aim of the talks was to look for a pragmatic solution that gives clubs and cyclists clarity regarding the council’s position.

Following the meeting the council are pleased to confirm that they will not be taking any action against cycling clubs or individuals who use the facilities at Velolife Café and apologises for suggesting that they might. Letters sent to cycling clubs indicating that legal action might be considered have already been withdrawn.

All three organisations will continue to work with the café owner, the freeholder, and local people to ensure that the business is able to continue while respecting the rights of nearby neighbours. 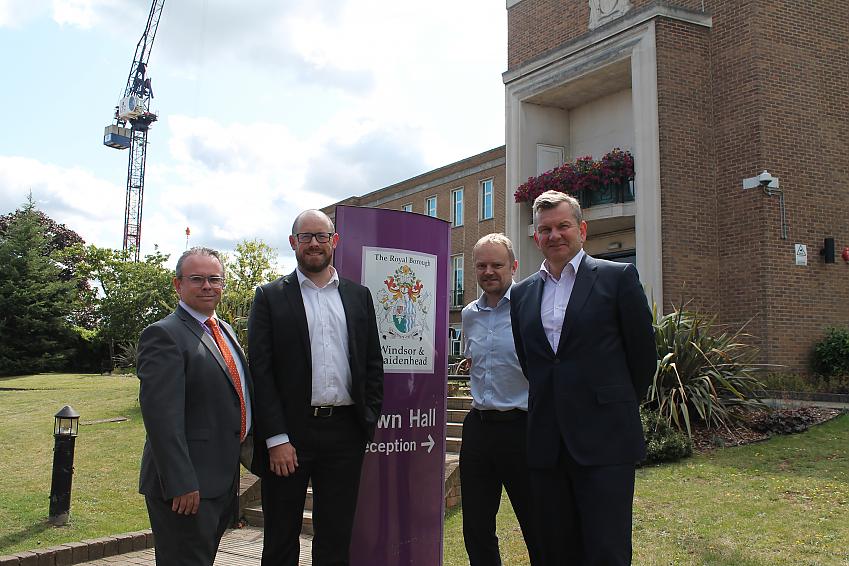 It has never been the council’s intention to stop a local business from thriving or prevent groups from enjoying the facilities at the café. However, in its role as a local authority the council must consider the rights of local residents. The council hope that with the support of British Cycling and Cycling UK we will be able to strike the right balance for all concerned.

“First and foremost, we’re delighted that the threat of legal proceedings against cycling clubs for using the Velolife café on their weekend rides has been lifted. Hats off to the Royal Borough of Windsor and Maidenhead for meeting with us to discuss this issue, recognise the mistake that had been made in raising the possibility of legal action, and withdrawing the letters sent to clubs.

"We know that cyclists in the region really value the Velolife café as a place to visit on their weekend rides, so we certainly hope that the café and council can engage constructively to ensure that the planning issues that have been raised can be resolved. We’ll continue to talk with all concerned and do our bit to help achieve a positive outcome.”

“Cycling clubs and their members shouldn’t be concerned about legal proceedings if they stop at a particular café, so we’re relieved that the Council has now confirmed that it will not take any such action.

"Given the Council’s willingness to meet with and listen to representations from both Cycling UK and British Cycling, and then review their position regarding the cyclists attending Velolife, we hope a swift resolution to the planning dispute concerning the café can also be achieved.

"We spoke with Velolife’s owner Lee Goodwin this morning, and will continue to liaise with him, local clubs and the Council to ensure that this much loved and thriving local business can continue.”

Duncan Sharkey, managing director at the Royal Borough of Windsor & Maidenhead, said: “I am pleased that we have been able to hold these very constructive talks with British Cycling and Cycling UK.

“Ensuring that the café and those who want to use its facilities are able to continue, while respecting the rights of those who live nearby has proven tricky. However, I hope that by working together we will find a solution everyone is happy with.”

Velolife - not in my back yard View