Southampton Council has, with best intentions, introduced a new ‘cycle-friendly' junction. However many cyclists, including a local cycle campaign group, aren't so sure.

CTC member Richard Haynes contacted CTC's Campaigns Team to highlight a recently-built and so called ‘cycle-friendly' junction that links the Saltmarsh Road with the A3025, west of the Itchen Bridge in Southampton. According to Richard, it isn’t all it's cracked up to be. Local cyclists are disappointed as many attempts were made by the Southampton Cycling Campaign (SCC) to point out the flaws.

The setup of the current junction is made clear in a cyclist’s guidance document on it. One of the more unusual manoeuvres advises cyclists how to turn right. 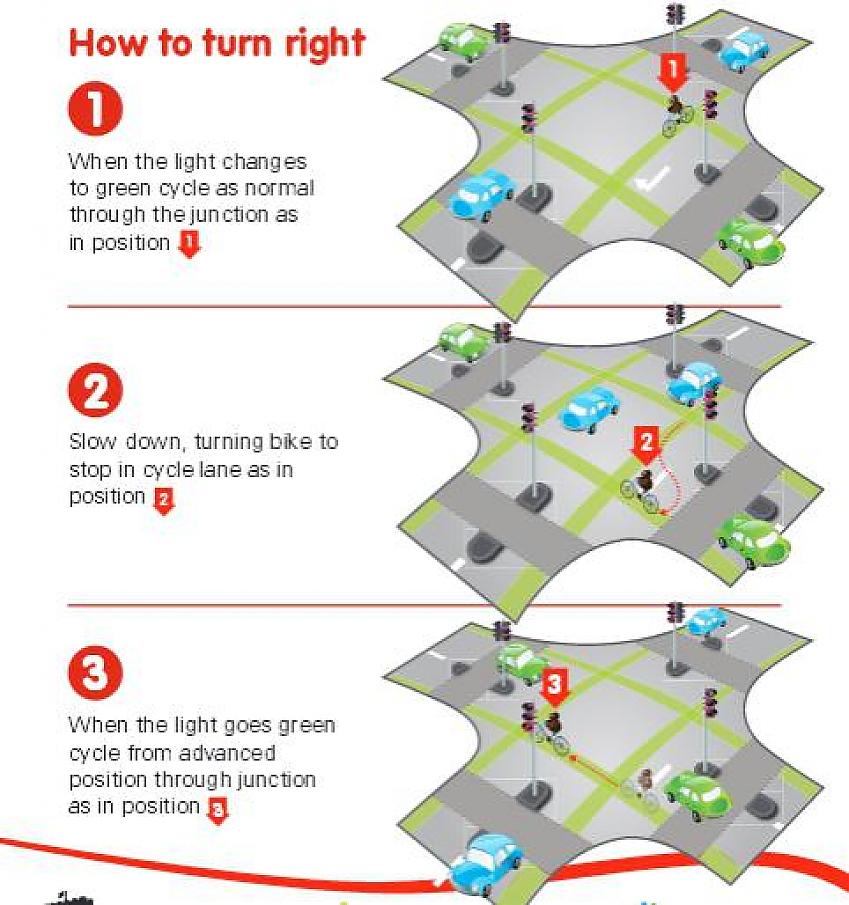 There is also a video that shows two cyclists attempting to navigate their way through the new system rather unsurely. This is an all too common sight, given that the afore-mentioned instructions won't necessarily be to hand and it isn't obvious.

Loosely, the cycle-routing arrangement in question had recently been installed to ease cyclist’s access to and from the city centre nearby. That certainly is a welcome development for the cycling-community, but as has been further pointed out by Richard Haynes, a number of riders who have been using it have been knocked off their bikes.

Criticism of the junction has been increasing for a while, and cycling website Road.cc has also reported on the local dissatisfaction.

Letters in the Southampton’s Daily Echo highlight the ill-feeling with the crossroads. One in particular was titled – ‘New Junction is death waiting to happen’.

Richard and local cyclists Ed Lait and Lindsi Bluemel are not only seeking alternatives/modifications to the new crossroads, but they are keen to make clear their disillusionment with Southampton Council, who they feel didn’t take their views on board prior to it being built.

In May 2013, before work commenced on the existing setup, Lindsi told CTC Campaigns Director Roger Geffen the proposals, (which would ultimately replace a roundabout and cycle-lane alternative), along with her worries about them. Roger went to Southampton and personally approached the roundabout from different directions as a cyclist, so that an optimal course forward could then be planned.

During the following September, after alarm bells had been rung, following a discussion at a monthly meeting, Bluemel and SCC members agreed that an objection to the traffic order (a legal requirement before work could commence) should be submitted to Southampton Council. No response was received.

The fight seemed over then as the new junction design was completed on 15 February 2014, but not for the Cycling Committee, as they continued to rally to bring about modifications, prompting it to be discussed at their campaigning meetings, which were held in February and March 2014.

On March 10th 2014, several campaign members met with a Balfour Beattie engineer (who was involved on the current cross-roads project), and John Dales, from Urban Movement (who coordinated the group of cyclists planning the Eastern Corridor Cycle Route).

Momentum for progression was increasing, this all resulted in calls for the Cycling Officer at Southampton Council to clarify a number of points raised. In particular, opinion was voiced that there was a fear for the safety of cyclists'  who are going straight ahead from a position inside a left-turn lane. Again, no response was received.

Other grievances with the current setup, voiced by Richard Haynes are as follows:-

Southampton Cycling Campaign, unhampered by initial bids to alter the course of events not being as successful as planned, continue boldly on in their quest to make Southampton’s cyclist system slicker and safer. They are currently in the process of submitting to the Council and Balfour Beattie, their comments on the new junction, and suggestions for ways in which the layout could be improved in the interests of cyclist safety.