Learning to drive should include elements of cycle awareness
By Chris Peck
Friday, 11 October 2013

A report commissioned by Government into driver training has concluded that young people learning to drive should spend a maximum of 1 year undertaking the process, including 120 hours of practice. CTC supports the proposal, but suggests that cycle training be an integral part of learning to drive.

The report recommends a minimum 1 year period for people to learn to drive, with tighter restrictions on what they are able to do once they have their licence.

This approach, called Graduated Driver Licencing, is designed to stop - or reduce - young people driving at times where they represent the greatest risk, such as at night or when carrying passengers.

Young people are far more likely to be involved in killing others, as can be seen in graph below. This shows that the current training system - whereby teenagers can immediately apply for a licence and be legal within days of passing their 17th birthday - simply isn't working. 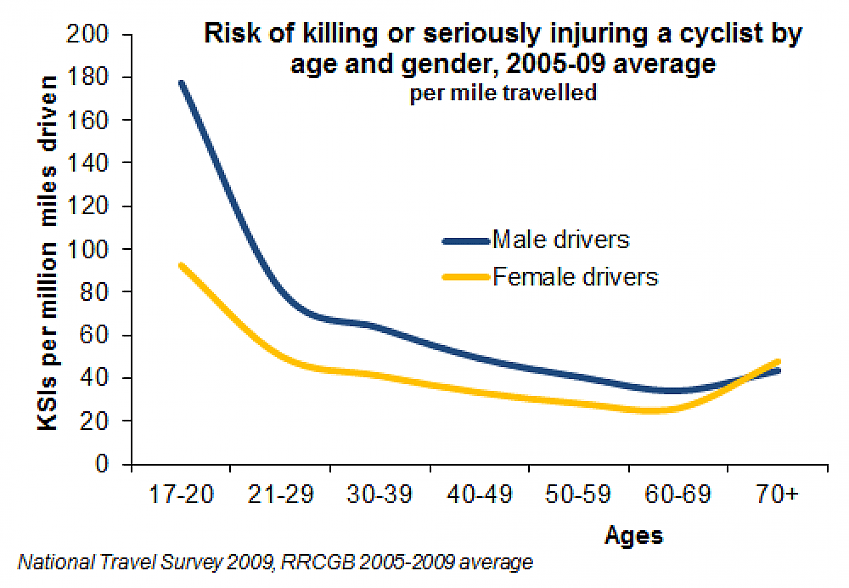 CTC believes that obtaining a licence should be a far more arduous process, involving a much tougher test and longer learning period. Drivers should also have to experience what it is like to cycle before they are allowed to drive - this could easily be done through providing good quality cycle training to all children at school, or through offering cycle awareness as part of the driver training syllabus.

'Pre-driver training' - but what about cycle training

The findings from the report include calls for proper evaluation of schemes to provide so called 'pre-driver training'. Evidence for the effectiveness of these interventions is very weak, yet the Government relies on them rather than on legislation, to try to mitigate the risks of allowing teenagers behind the wheel.

In the past, CTC has suggested that such a phrase pre-determines that acquiring a licence is inevitable: for many people (particularly living in cities) access to driving licences is often very low, and falling.

Young people are driving less: whereas in the 1990s over 50% of 17-20 year old men held licences, for the past decade that has ranged between 30-40%. Similarly, young women are less likely to hold licences than they did in the past. 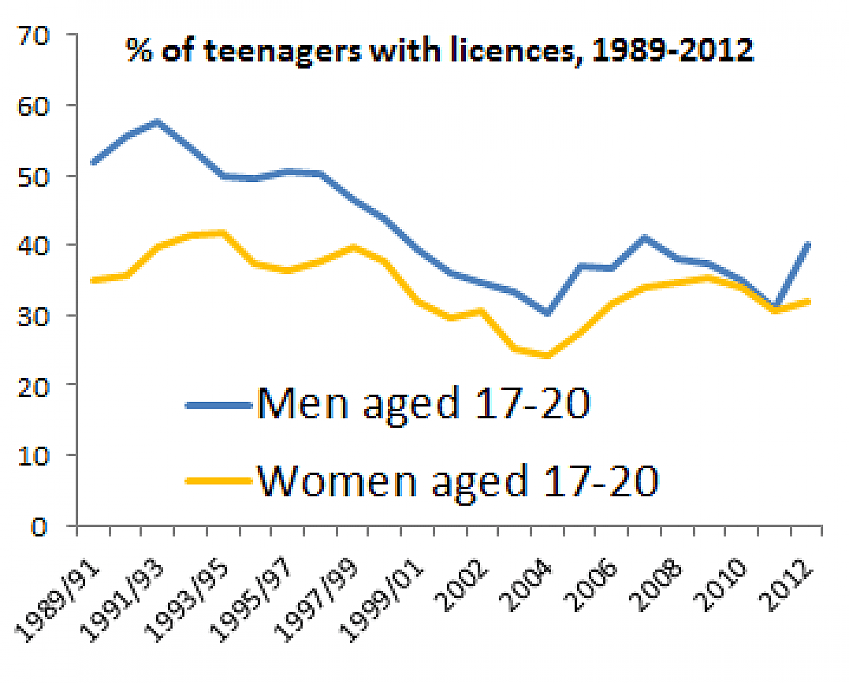 This collapse in interest in driving is an opportunity to reduce long term car dependence.

The Government should be using the natural decline in motoring to make sure that the alternatives to driving - like cycling and public transport - are safer, cheaper and more accessible to young people, thereby embedding those more positive, healthier and less dangerous transport behaviours.

CTC will be urging that the Government adopt cycle training for all young people and to toughen up the driving test in response to a forthcoming Green Paper on the Driver Training, to be published shortly.

The report can be downloaded from the TRL website.