Going ahead of the Tour de France

Going ahead of the Tour de France

A group from CTC Holidays and Tours is cycling ahead of the Tour de France Grand Départ 2014 on a unique 7-day ride through the some of the best cycling in Yorkshire.

In the week leading up to the Tour de France, Yorkshire is being painted yellow and excitement is building ahead of Stage 1 on Saturday 5 July in Leeds.

The Tour de France is already inspiring many people to think about cycling. Villages have been decorated in yellow bikes, and businesses have seen an influx of cyclists doing the route. Lots of schools have also got on board decorating their schools with bikes."

CTC members are gearing up to tackle some of the route, just days ahead of the most iconic cycling race in the world.

CTC's tour may not be a ride where professionals jostle to get the yellow jersey, but neither is it a ride for those who don't like a challenge. Tour Leader Mike Carey says he is looking forward to riding the route and showing other CTC members the best villages in the Yorkshire Dales.

The Tour includes two female cyclists from Belfast who were inspired to come after watching the Giro.

No doubt, some riders will also pay a visit to Harrogate Turkish Baths and will pass by the site on The Stray where CTC was founded in 1878.

Mike Carey designed the tour to include the most scenic part of the official Tour De France route, but will be avoiding some of the main roads, as they won't be shut for CTC! As someone who knows the area exceptionally well, he has also included  a lot of the best villages in the Yorkshire Dales.

The tour finishes on the Friday 4 July, allowing the group to pick the best spots to watch the action the following day and get close to the professionals.

Mike Carey said: "It's the best free show on earth to watch, the stages have been brilliantly prepared, allowing visitors to see both Yorkshire stages without too much travelling. It has also allowed me to promote CTC through this holiday, as it has generated several new CTC members."

More information about unique routes and tours is available on the CTC Holidays and Tours website. 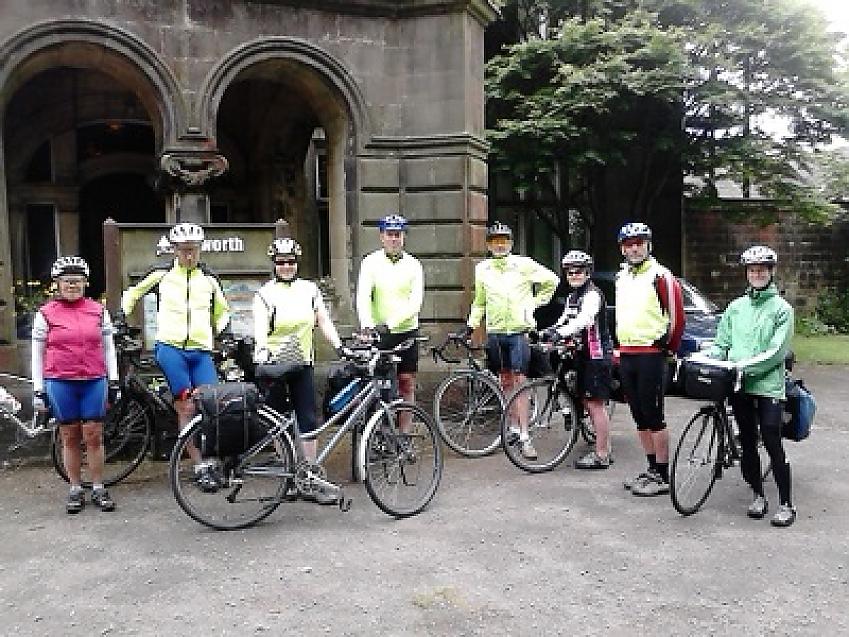