The Indian summer enjoyed by the south of the UK last year didn’t arrive in Scotland. A miserable July and August segued into heavy rain through September and into October. It was time for us to get away.

The journey to France from our home in the Highlands always starts with the Sleeper train from Inverness to London. This time, along with all our camping gear, we had Alice, our three-year-old, and her Chariot trailer.

Arriving in Euston is always a bit of a shock when you live in the middle of nowhere. We probably saw more people in half an hour than we see in our glen all year. We worked our way through the thousands of commuters and transited the short distance to St Pancreas, where we handed the bikes over to Eurostar dispatch to be delivered to Paris.

On previous occasions, we had travelled via Lille with the bikes in bags, but the limited connections available didn’t work this time. Also, with all the panniers and the folded Chariot, it was it was good to offload the bikes onto someone else for at least part of the journey. This option did mean that we would have to cycle across Paris from Gare du Nord to Gare Lyon.

There was plenty of room on the Eurostar luggage racks for our pile of bags and we were soon settled in and enjoying a complimentary breakfast. Arriving in Paris, we located the baggage collection depot, which is around the back of the station, and were reunited with our bikes. We successfully negotiated the Paris traffic, getting lost only once, and arrived in time at Gare Lyon. Alice fell asleep in her trailer, missing the excitement.

At Gare Lyon we found the platform for our train to Avignon and began the bike dismantling and bagging procedure that is the downside of travel by TGV. The train was busy and it was a struggle to fit our luggage in the spaces provided.

Soon we were standing on the platform at Avignon TGV station. It was very pleasant – warmer than anything we had experienced in Scotland since early May. We reassembled the bikes and cycled the 3km into town. We had booked into a hotel for our first and last nights of the trip, which meant we could leave the bike bags there and avoid having to carry them around Provence.

We awoke to bright sunshine, and whilst the locals wrapped up in their jumpers we donned T-shirts and shorts and Alice a summer dress."

Next day we awoke to bright sunshine, and whilst the locals wrapped up in their jumpers we donned T-shirts and shorts and Alice a summer dress. We loaded up the bikes and headed east out of Avignon, on inevitably busy roads for a while.

This was the first time I had towed Alice on a bike loaded with panniers but it felt fine. Alice was content with her French colouring book. We had rationed her to one holiday friend; fortunately she chose ‘Pepper Pig’, who is very compact.

The day was perfect for cycling. We ending up climbing up to the spectacular hillside village of Gordes, planning to pitch up at the campsite nearby. Sadly, as was to become a bit of a theme, the campsite was ‘ferme’ (‘shut’). What to us seemed like perfect holiday weather clearly is not for the French: most campsites shut up shop at the end of September.

After a conciliatory ice cream for Alice and a visit to the Tourist Office, we were off again for an additional 15km to a campsite that was open. The short autumn day meant that we arrived as the light was fading. We just had time to get the tent up on some baked earth.

From then on, the lack of open campsites began to dictate the route we would take on our tour around the Luberon. We had vague plans to follow parts of the Luberon cycle route, with a few side trips and detours, but we would have to be very flexible.

Our first site was close to Roussillon, a touristy village. We stayed a second night to enjoy a baggage-free day of cycling around the area. The campsite owner was very helpful and identified which sites might be open within a day’s cycle of Roussillon. We picked Cucuron, which took in our first modest climb.

The site at Cucuron was lovely and we were able to pitch the tent on something resembling grass for a change. It was also an organic vineyard, which made our Trangia-based meals of pasta-plus-something seem much more interesting. The only downside was that it was the weekend that French hunters start massacring the wildlife at the crack of dawn.

We soon settled into the routine of camping and cycling during the day. Alice loved it. She had plenty of experience of camping already, and had spent plenty of time in her Chariot, but this was the first time we had combined the two for such a long period. Given that it was dark by seven-thirty, we would often all be tucked up in our sleeping bags by eight.

In the morning we would pack up the tent and head off, usually stopping for a coffee late morning. After this stop, Alice would often nod off so we would push on for two or three hours to cover the main distance of the day before stopping for lunch, usually at a play park in a village so that Alice could expend some energy.

We continued through the southern part of the Luberon, skirting around Manosque and up over our first col and then down to the only campsite that was open near Dauphin. Next day we intended to head north into the more mountainous part of Provence. We were told that the campsite at Banon was still open. It was a climb virtually all the way, but the roads were quiet and the autumn colours in the oak forests were beautiful.

Unfortunately the campsite had closed the previous weekend. With a three-year-old on board, we didn’t fancy wild camping or pressing on in the hope of finding somewhere. A B&B in the village saved the day.

North from Banon was the Rhone Alpes region, where there seemed to be a complete dearth of open campsites. The only one on offer was at Montbrun, so this became our destination. It was a long climb out of Banon and we were soon passing close to 1,000m. I estimated the total weight of my bike with luggage, trailer and one-and-a-half people to be about 140kg. Climbing was not a problem as the gradients tended to be a very manageable 4-6%, with the occasional steeper section. At home in Scotland, the local hills are mostly 12% and occasionally 18%, which is close my limit with Alice.

As we arrived into Montbrun, we noticed a small sign advertising, ‘Camping a la ferme’ (‘camping on the farm’). A quick enquiry at the Tourist Office revealed it was open. The sign said 2km, but of course it was 2km uphill, then another 2km uphill along the farm road... which became a track. I had to get off the bike and push. We began to wonder if it had been such a good idea.

In fact it was the best decision we could have made: ‘La Boucoule’ was ideal. The Dutch couple who run the farm and campsite could not have been more welcoming. Already weary of staring at the map trying to plan routes with limited knowledge of open campsites, we decided that we would stay here for the last four days of the holiday. There were plenty of opportunities for day rides and some col bagging, including a trip up Mont Ventoux, which was pretty chilly at the top. The site was very family friendly and Alice got some time out from the Chariot, replacing it with a donkey ride instead.

Being at altitude meant that the nights were cold, with a frost in the morning, but we were cosy in our tent.

We finally left La Boucoule and cycled via Sault down the Gorges de Nesque to a rather unappealing campsite for the night. We continued back to Avignon the next day.

The journey home was a mirror image of the outward journey, except that I had only allowed one hour between arriving in Gare Lyon and having to drop the bikes off at the Eurostar baggage office in Gare du Nord. This one-hour slot also included having to put the bikes back together upon arrival in Paris...

I made a hasty exit from the train and began reassembly on the platform with waves of fellow passengers around me. It was a bit of a rush but we made it with minutes to spare, having cycled like couriers through the traffic. Alice slept through it all once again.

This was first published in the August / September 2012 edition of CTC's Cycle magazine.

Train from Kyle of Lochalsh, then Sleeper from Inverness to London, www.scotrail.co.uk. With a bike and/or child you need to phone to book the Sleeper and to check availability of bike space, 08457 550033.

The weather was dry, warm and sunny during the day and cold at night. The roads were busy around Avignon, quiet thereafter.

Rab Microlight jackets for sitting around in the evening.

Book the train earlier; leave more time for connections in Paris when bike reassembly is required; travel a couple of weeks earlier to avoid the problem of closed campsites. 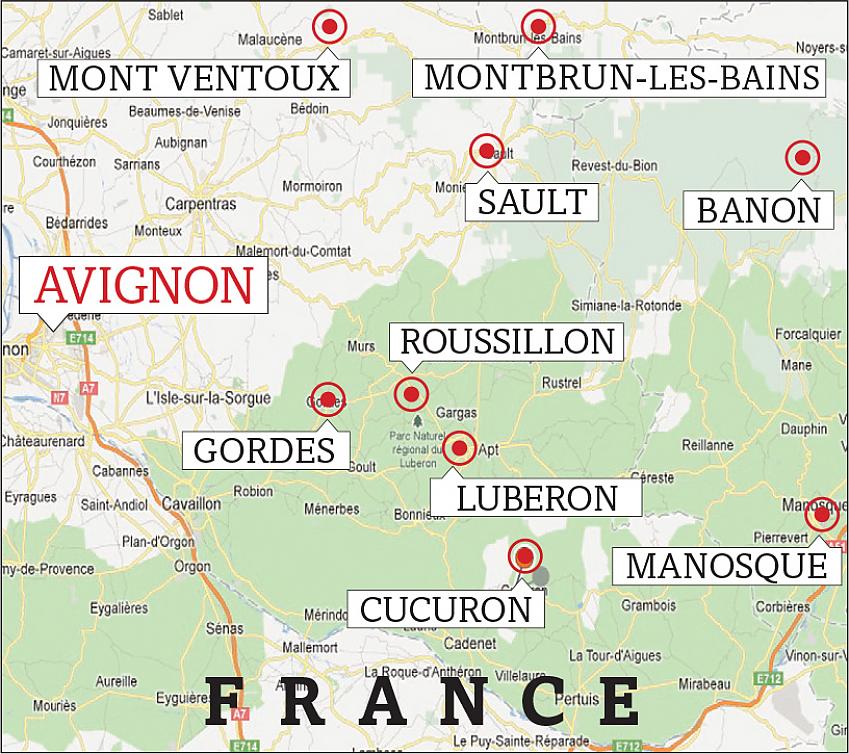