Cube calls the Hyde Race a city bike. Does that mean cruising along the car-free boulevards of some imagined mainland-European cycling paradise, or the rather different experience of the British urban commuter, enduring foul weather, indifferent drivers, and intermittent infrastructure? Either way, the ‘Race’ part of the Cube’s moniker is misapplied. While it might have the edge on a Boris Bike, it wouldn’t be the choice of even mildly competitive city cyclists; it isn’t very fast.

Instead, it’s a sturdy machine built around a seemingly bomb-proof aluminium frame and fork with meaty but regular welds. It’s a handsome beast, its satin black paint accented with vivid green highlights. While it’s unusually spartan for a European hybrid, it does have mounts for mudguards and racks front and rear so can be equipped for duties ranging from laden touring to light commuting.

The frame is built using double-butted ‘Superlight Urban’ aluminium tubing. It’s stiff enough both torsionally and laterally to satisfy most urban cyclists. Indeed, there’s not much frame flex in any plane, and Cube’s engineers clearly did a fine job of accommodating the split in the drive-side rear triangle needed to take an nonseparable drive belt.

Cube calls it Split and Slide. There’s a sliding dropout on both sides to allow for belt tension adjustment; the non-drive side slider doubles as the mount for the rear disc brake calliper, while an extra bolt securing the drive side slider also clamps together the ends of the seatstays and chainstays to create a rigid single structure. It’s a neat arrangement, if a little industrial. Less neat is the front brake cable, zip-tied to the back of the fork leg.

Stopping comes courtesy of Shimano hydraulic discs front and rear. With opposed pistons and effective pad return springs, the BR-315 callipers offer crisp, drag-free performance. Brake feel is a little wooden and lacking in initial bite, but as may be expected there’s enough power when they are squeezed hard. Unlikely to need much maintenance beyond pad replacement for a couple of seasons, they certainly fit the Cube’s design brief.

The same might be said for the Alfine rear hub. It’s a marvel of robust, cost-effective engineering that’s perhaps slightly wasted on urban riding, where the entirety of the gear range (over 300%) is rarely likely to be needed. The hub shifts without appreciable resistance both at a standstill and under power. The gearing range, from 30in to 92in, is well-chosen for general riding but might prove a little high for heavy loads or steeper hills. 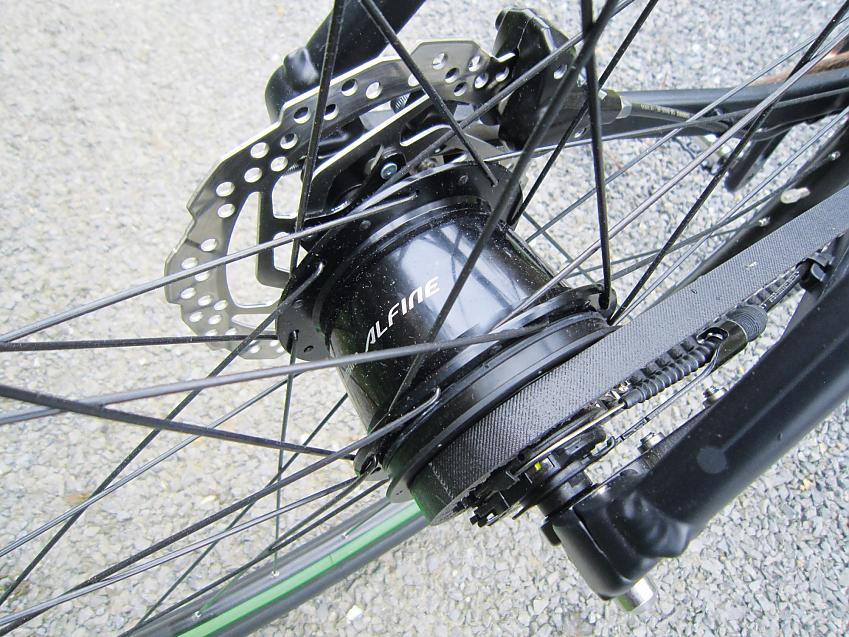 Above: Detaching the Alfine hub's cable is easier now

Belt drive means it’s not that easy to alter, should one wish to do so. The Cube runs a Gates Carbon Drive CDN belt. Introduced in 2015, the CDN is a lower-cost alternative to the ‘full-fat’ CDX Centertrack system and is intended for ‘lower-mileage pavement and city bikes’. The CDN belt has fewer carbon cords, and it features a tooth profile optimised, apparently, for lower tension. The system includes a steel rear sprocket and fibre-reinforced composite chainwheel on the Gates-branded square-taper-axle chainset.

To keep the belt properly engaged with the sprockets, it is installed under permanent tension rather than set up with a small amount of slack as per a chain. This inherent tension adds to bearing friction losses, which can be detected when rotating the cranks backwards but can’t really be felt from the saddle; Gates claims overall efficiency equivalent to a new chain transmission. The feedback through the pedals is different but is perfectly acceptable even under hard pedalling effort.

The big benefit of a belt drive is, of course, the need for almost no maintenance even in the adverse conditions that would quickly kill a chain. Other benefits include a long service life, with no efficiency drop-off or need to re-adjust belt tension along the way; cleanliness; and low weight. The only obvious question concerns ease of rear wheel removal. This is made no easier by the Alfine hub’s ‘cassette joint’, which connects the control wire. The cable routing of the new SG-S7000 8-speed Alfine is reversed, so that the inner wire runs onto the cassette joint ring from the top. Re-fitting the control wire after wheel installation is said to have been made easier, and it’s now no big deal if you have the knack. 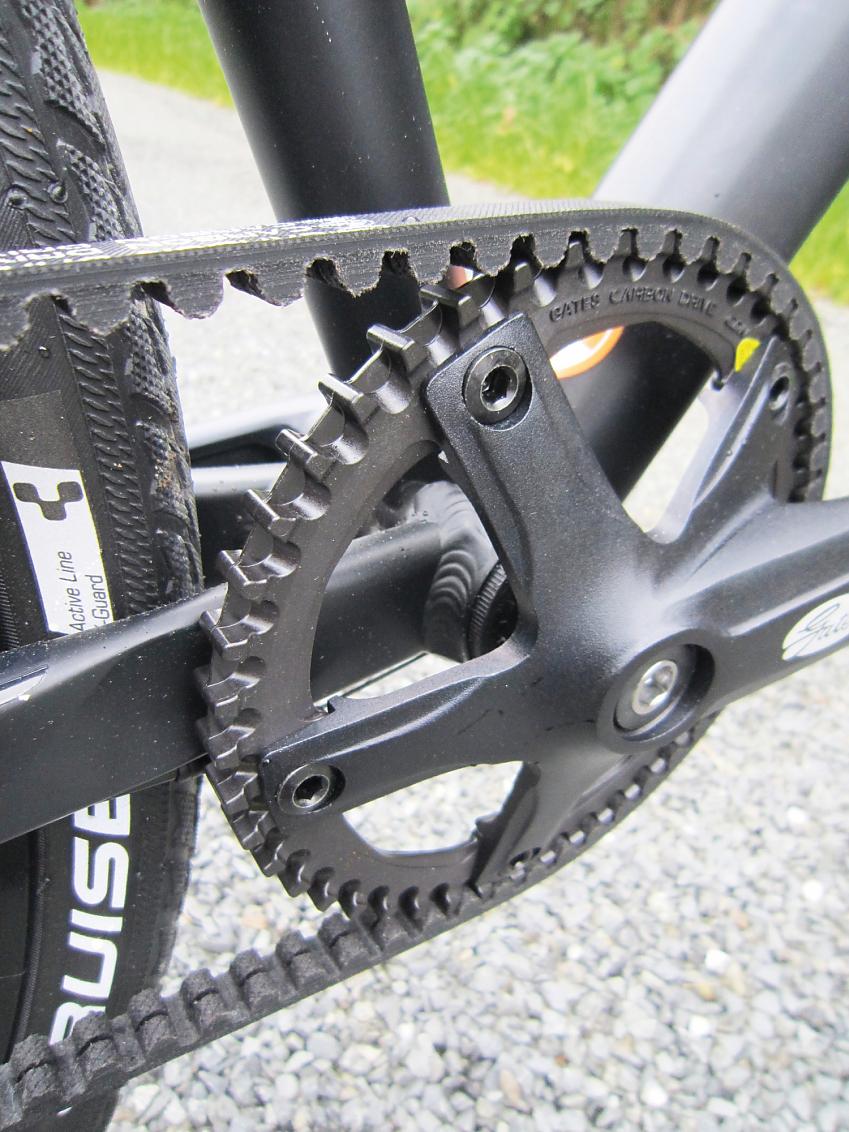 But what’s it like to ride? It’s a long way off the ground. The fat tyres – seriously-treaded 700×42C Schwalbe Road Cruisers – need a substantial bottom bracket drop and don’t have it, the 70mm figure being better suited to 23C tyres. The tyres roll well, give a fairly supple ride and look suited to the towpath or gravel, but at over 700g each do nothing for acceleration.

Factor in power lost to the hub and belt, and the bike is no match on speed for a well-maintained derailleur-geared machine. If anything, it is today’s version of a utility roadster – think Raleigh Tourist Deluxe or early Hercules Balmoral – but with discs, Alfine, and Gates belt in place of roller brakes, three-speed Sturmey Archer hub, and enclosed chain case. Unfortunately, without mudguards it loses marks on the utility front, but these can be added. 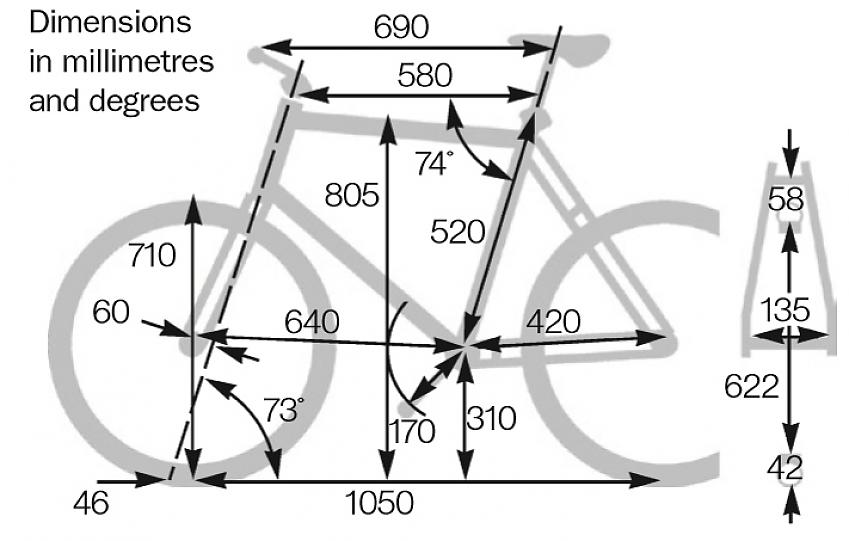 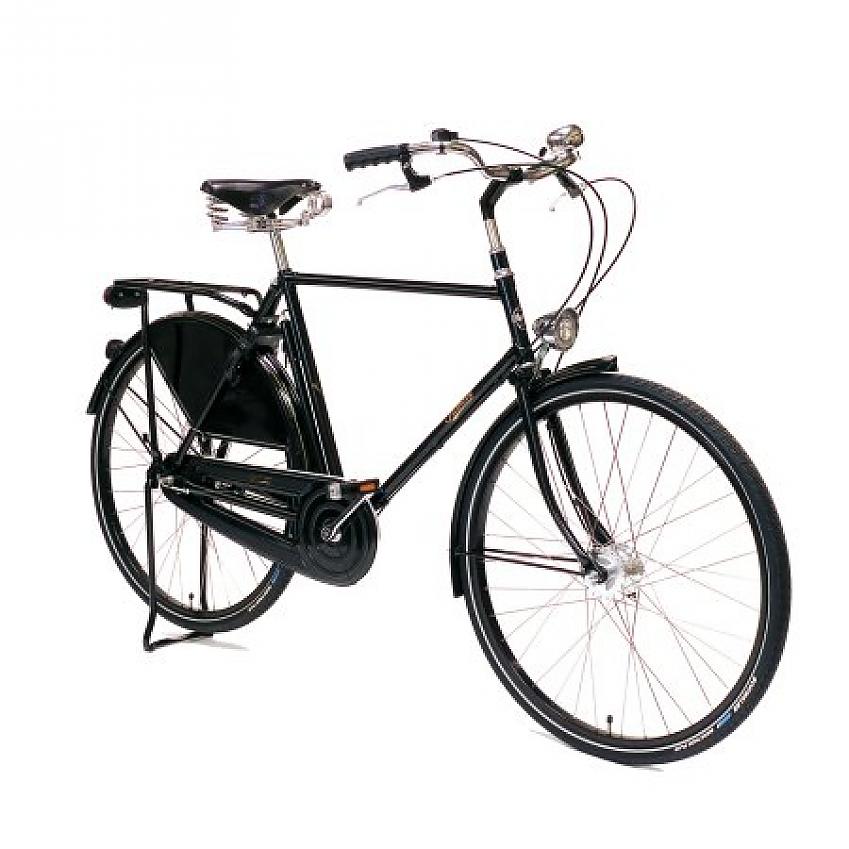 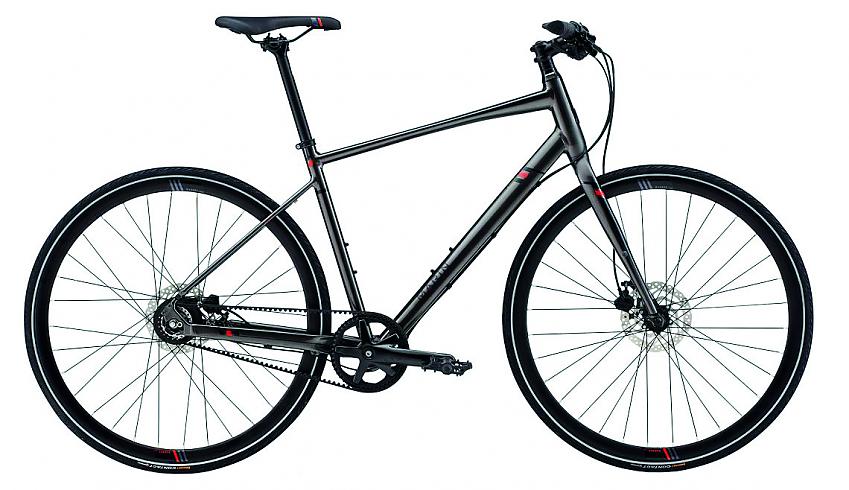 Similar to the Hyde Race, this belt-drive Marin has an 8-speed hub, disc brakes, a 6061 aluminium frame, and sleek styling. paligap.cc

December 2016 / January 2017 View
Cycling UK continues to support the UK to cycle
This remains true during this difficult period with the ongoing threat of coronavirus Covid-19
Read our latest advice on cycling
Join Cycling UK to help us change lives and communities through cycling
Membership gives you peace of mind insurance, discounts in cycle shops, rides & routes
Join now