Okay, I had passed a ‘Road closed’ sign but it did say underneath: ‘Passable for cyclists’. Half a mile further on, the road literally went off a cliff! I looked down at the result of coastal erosion, and pondered the long detour I’d have to make.

It had been going so well: the train to Hull, then a visit to the lonely Spurn Point. It was the start of a cycle ride roughly following the Yorkshire boundary, using the most picturesque routes. The views were magnificent, all the way north to Whitby and over the North York Moors.

Next came the Yorkshire Dales, passing Tan Hill, the highest pub in England, and Garsdale Head. Three long climbs led me through Kingdale and into the Forest of Bowland. 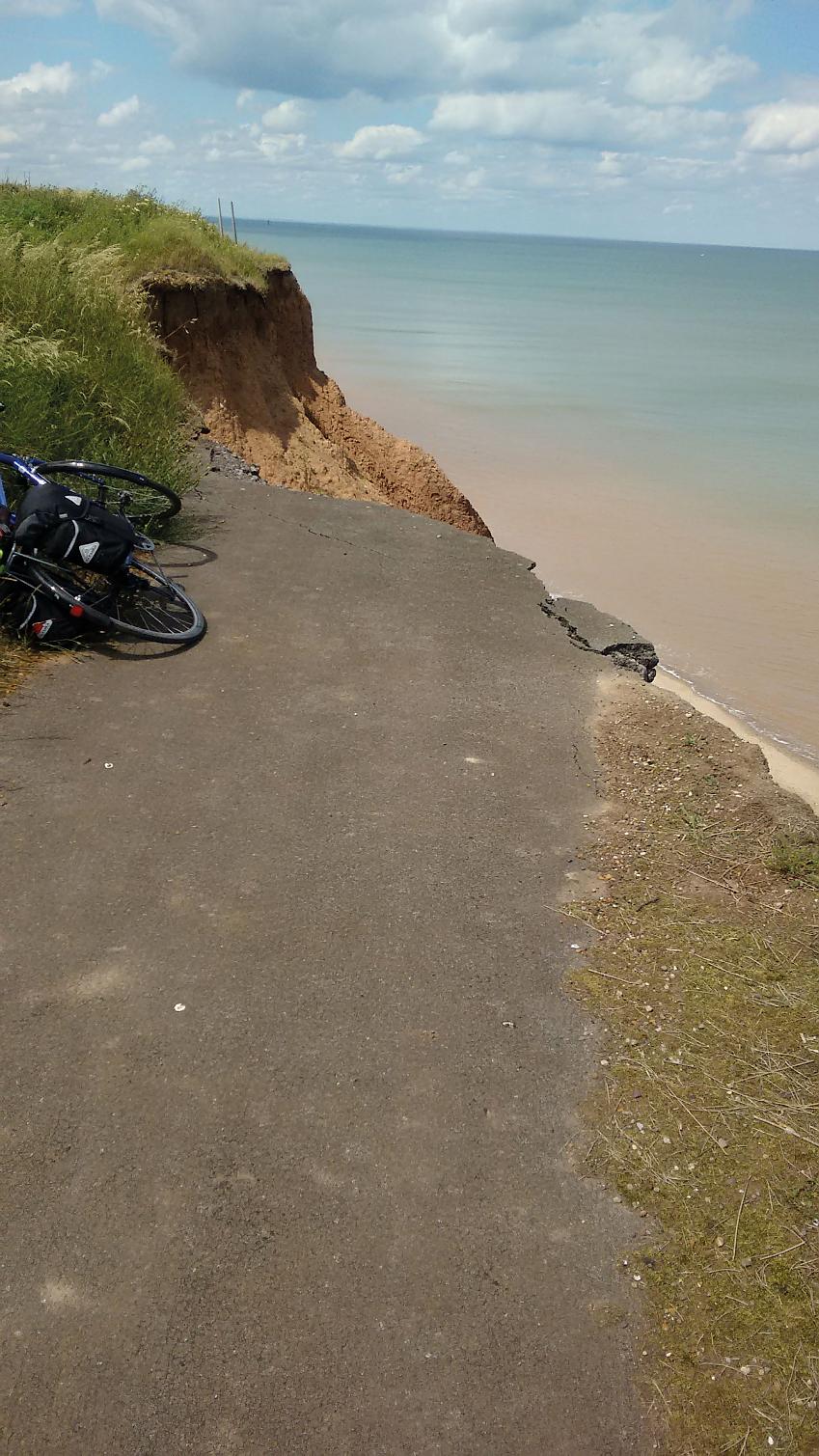 End of the road at Tunstall, Holderness. Erosion is 1-2m a year

The High Pennines section through Trawden, Hebden Bridge and Holmfirth featured hills that are short, steep and relentless. My route touched the outskirts of Sheffield before climbing into the Peak District, with beautiful views over the Derwent Valley.

The eighth and final day was a fast 90 miles through the Isle of Axholme to Goole, the largest inland port in the country, and Howden with its lovely minster. From there, the TransPennine Trail took me to Hull for my train home.

The Duke, the bike ban and the taxman View