Coast to coast journeys don’t have to be a race against time. Ann Davies took it steady

Two years ago in mid July, before the schools broke up, I rode (and pushed) the Way of the Roses. Some cyclists ride this 170-mile route from Morecambe to Bridlington in two days. Including getting to the start and home afterwards, it took me nine.

Each day I rode between 18 and 23 miles – three to four hours’ cycling for me, with plenty of time to stop and enjoy the view, the butterflies, the National Trust venues, the coffee and the ice-cream. Travelling alone gave me the freedom to stop or make route changes at will and to enjoy the moment.

The first three days through Lancashire into Yorkshire were extremely hilly. I chose routes that took me off the beaten track, along stony bridleways and past hay meadows full of flowers. In Ingleton there was a World War Two weekend, with vintage vehicles and dress, and the music of Vera Lynn. A path through a tunnel out of Clapham made for a dramatic exit from the village and led to a track in open countryside. Ingleborough loomed over the quiet lanes. 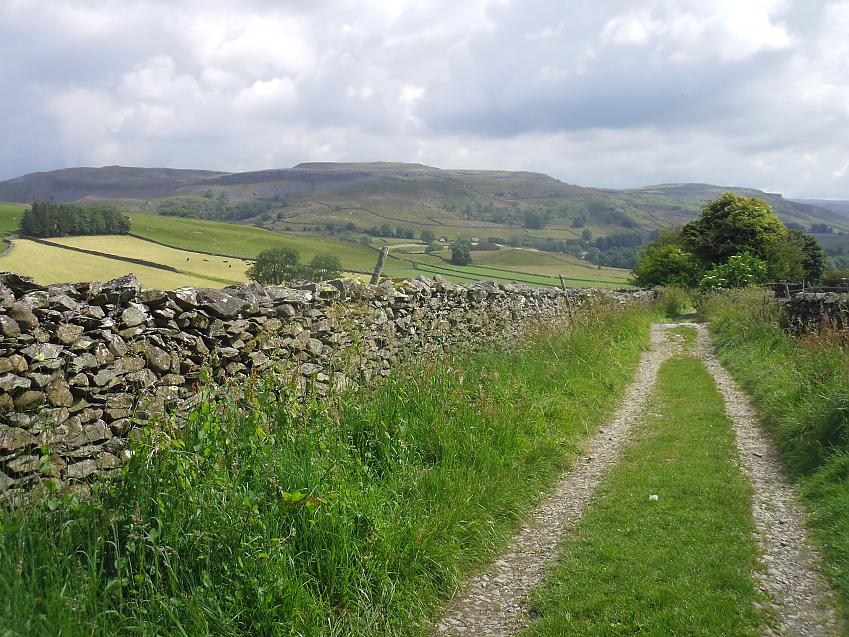 Traffic free in the Yorkshire Dales

The weather was breezy, pleasantly warm but not hot. After Fountains Abbey and Ripon, I was down on the plain. An evening in York was made memorable by attending evensong at the Minster, followed by a visit to the cinema to see Yesterday, Danny Boyle’s film based on the music of the Beatles.

Beyond York, the hills of the Yorkshire Wolds rose in the distance. A fascinating area of narrow chalk valleys lay between Pocklington and Huggate. Then the route swooped along the tops to Driffield. A climb up from Burton Agnes led to a gradual descent into Bridlington.

I find ‘slow cycling’ is best done alone, but it isn’t lonely. Far more conversations with strangers happen when I’m alone. My most memorable, near constant companion was the scent of lime blossom.