How practical is mountain ‘touring’ on an eMTB? Rob (68) and I (72) were keen to find out. As an initial test last June, we tackled an overnighter from Callander to Killin via Glens Kendrum and Dubh and back via Glens Ogle and Ample: 80km and 1,150m of ascent, using cycle routes and MTB-only tracks.

E-bike range is a combination of surface, weight, ascent, weather, tyre type and pressure. Using Bosch’s calculator, my 500Wh Scott was at its theoretical limit for day one; Rob’s 625Wh Scott could make it easily. The return was within easy reach of both. 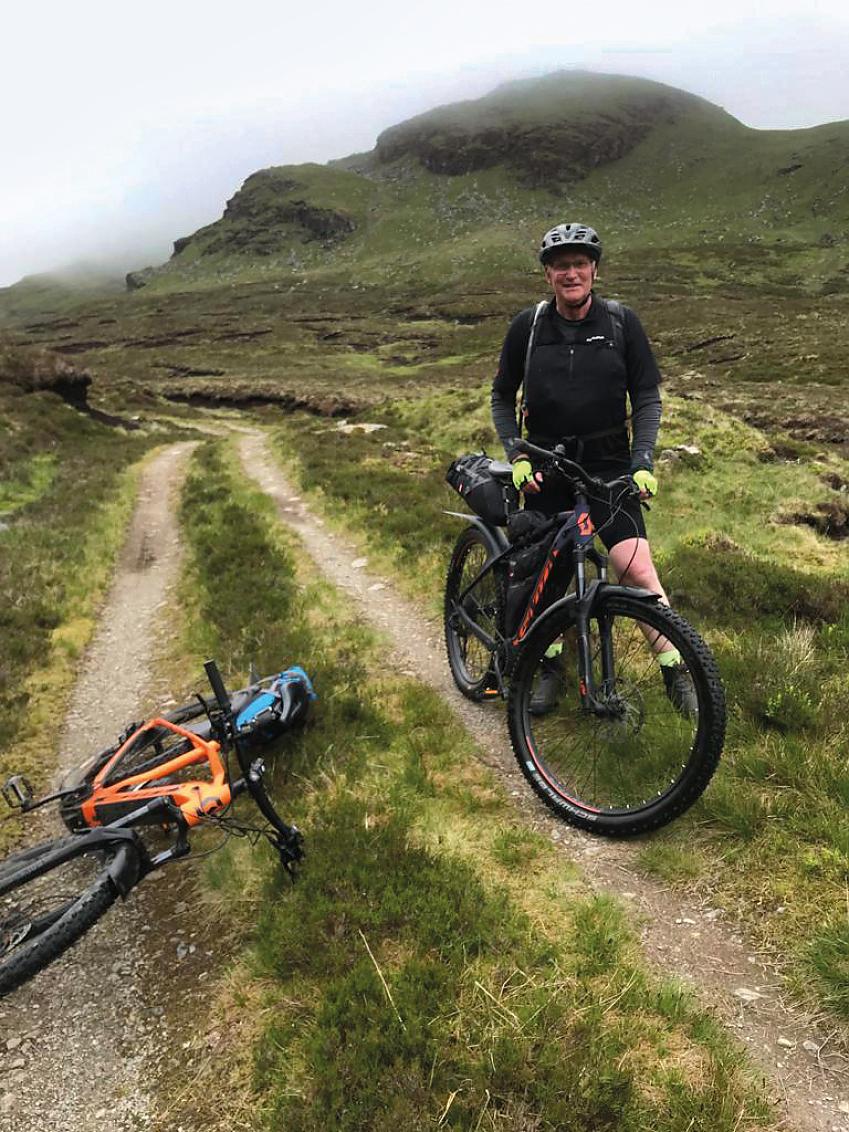 From Callander, NCN 7 was smooth gravel along the side of Loch Lubnaig to Kingshouse (aka Mhor 84), where we had coffee and flapjacks. A rough climb to the misty pass between Kendrum and Dubh led to a tricky, steep descent to a potentially dangerous ford – we crossed with ‘walk assist’ – down the east bank, then via the old railway line to the summit of Glen Ogle. Sadly, the chuck wagon that serves food in the car park was closed. In warm rain and midge clouds, we sped down into Killin. After 4.5hrs, I had 4km of battery assistance remaining.

Having shared a battery charger, we reversed our route the next morning before joining the famous descent to Lochearnhead. Glen Ample was the highlight of our journey. It has a just-rideable track that crosses several shallow fords and climbs steadily through wild country. Once across the col we enjoyed the descent to a café on the shores of Loch Lubnaig. After a short section of main road, we rejoined NCN 7 to return to Callander. After 3.5hrs of riding, I had 18km left. 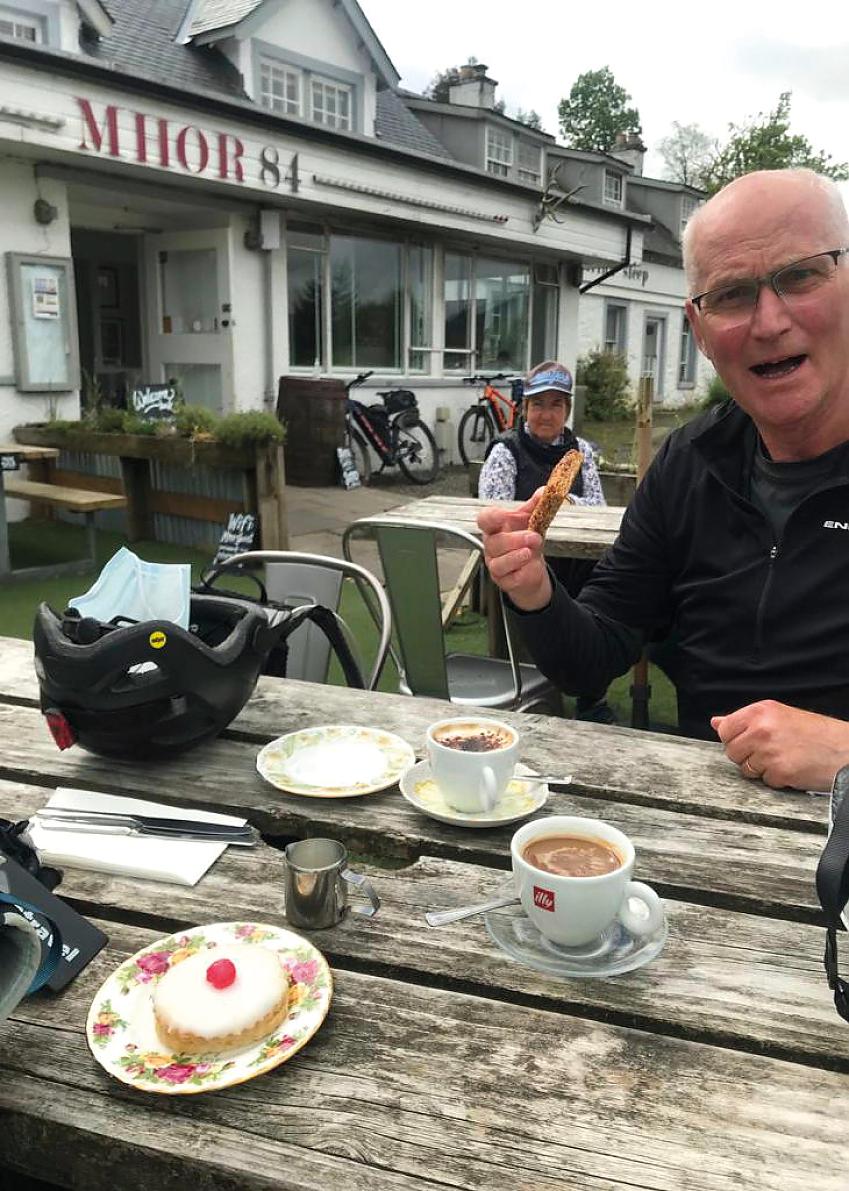 Rob and I have now done over 5,000km of eMTB riding across northern England from our homes in Cumbria, much of that off-road – including the lovely Alnwick Classic, a Cycling UK sponsored ride. This year we’re doing The Sandstone Way: 193km in four days, with three stops to sleep and recharge.

Bike finder: which rigid mountain bike should I buy? View