Magdalen Tower, Pinnacled and crocketed above High Street, seems less dramatic than I remember. Below the parapet of the bridge over the Cherwell, a young man at last controls a punt in which his companion sits. Tourists and students pass, and I hear snatches of German.

From Bicester, I have ridden through chilly murk, first across flat land, ploughed earth stretching to distant hedges, then over the low hills south of pretty, stone-cottagey Islip. 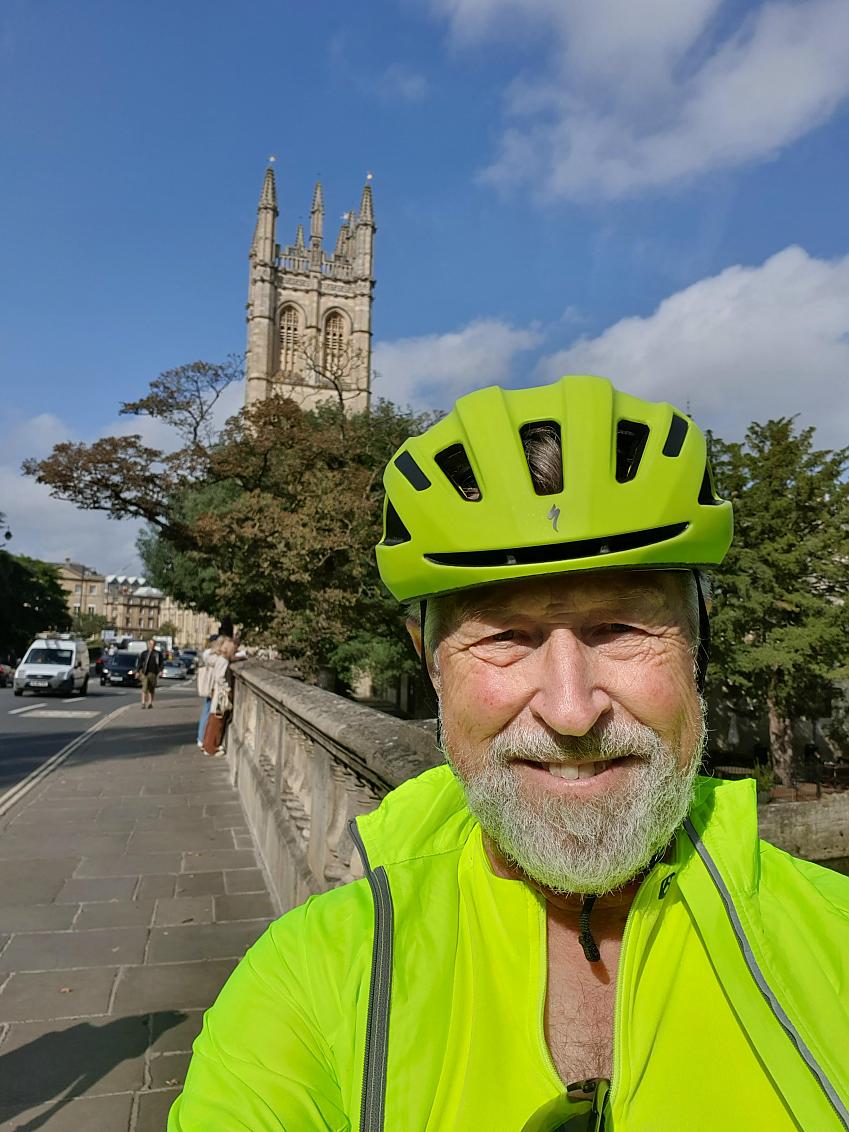 Magdalen Tower in the background

Oxford bills itself as a cycling city, but the last part of the journey to this point has been fraught with traffic. The air was thick with fumes. The cycle routes were inconsistent: dying out; crossing crazily at junctions; and occupied by trees and signposts.

I watch other cyclists. They are all sorts, but incline towards the sit-up-and-beg or the mountain bike. Mostly they know where they are going, which I do not.

I take the inevitable grinning selfie and then storm Headington Hill with the aid of my discreet hub motor. 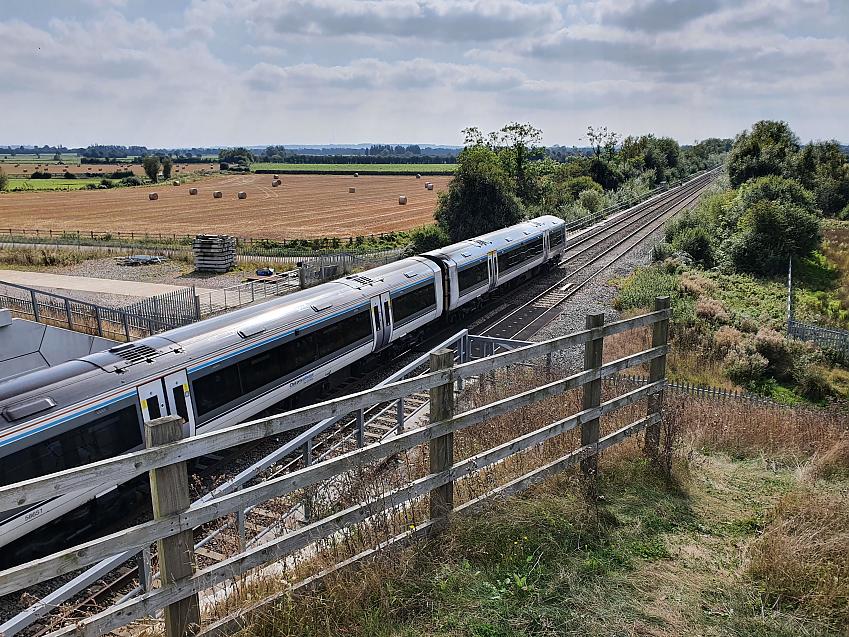 At a subway under the A40, a young man tries to squeeze his bike round a barrier just in front of an oncoming woman with a pushchair, loses balance, and looks a fool. I wait, exchanging eye-rolls with the woman.

Soon I am between fields and woods in the weak sunshine this September day. The scent of freshly-spread muck and the sight of wheeling red kites cheers my way back to the car.