An asian cycling club that began almost by accident a few years ago now has over 500 members. As Julian Sayarer discovered...

When he first began attending the meetings of his local cycling club in the Black Country, it was not the lycra, helmet or dropped handlebars that set Shaf Ali apart from the other members. “I looked around,” says Ali, “and as a Muslim there, I had my beard, and I was the only Asian.”

If that sounds like the beginning of a familiar tale in the struggle of UK cycling to break out of white communities, think again. From there, Ali took part in a number of charity rides with other riders who, though they might likewise have enjoyed riding and likewise been welcomed by local clubs around the country, still felt a sense of isolation when they did.

It started with Strava

“We met for these rides, in Blackburn, in London, and we just said “Let’s stay in touch”,” explains Ali. With the same mixture of new technology and grassroots community that runs all through the story that follows, a WhatsApp group was started and, almost without its members realising it, one of Britain’s newest cycling clubs, Brothers on Bikes, was being formed.

Even the name, with its religious undertones, is not what it first seems. “We’d just be out on the roads riding, and we’d keep seeing these other riders, people who looked familiar – Asian guys on bikes – and we thought we needed a sort of a code to help us identify one another.” Ali laughs at the memory of how it came about. “So we agreed to just shout “Bob!” when we saw one another, and sometimes the other guy would shout back, “Bob!” And it just went like that.”

As these strangers – via the many fleeting calls of “Bob” that went trailing off down the roads of Britain – began to form a community, it became apparent that this growing number of riders would need a more formal title to ride under. Brothers on Bikes came into being soon after, giving meaning to its accidental acronym, so that ‘Bob’ became ‘BoB’. Using the ride-mapping and sharing app, Strava, the group kept on growing, to the point at which it now boasts over 500 members, spread from London to Bradford, Leicester to Peterborough, as well as covering many towns and cities in between.

Impressive though this national span is, it’s still only a beginning, and both the BoB rides and their riders have started to cross borders. A small group of UK members rode thousands of miles to Saudi Arabia for their Hajj to Mecca. A more modest ride to Paris is also planned, and the outfit has begun to organise a handful of night rides.

We’ve got members now in Australia, in Qatar, and in Egypt.

Through its ever-expanding Strava group, BoB’s unexpectedly international reach once again demonstrates the subtle and yet powerful role of technology in bringing people together. Cyclists around the world, who had perhaps experienced that same sense of the unfamiliar that Ali had once encountered, got in touch. “We’ve got members now in Australia, in Qatar, and in Egypt,” says Ali. “We’ve got people from around the world ordering our club jersey. At the end of the day, all cyclists are friends.” 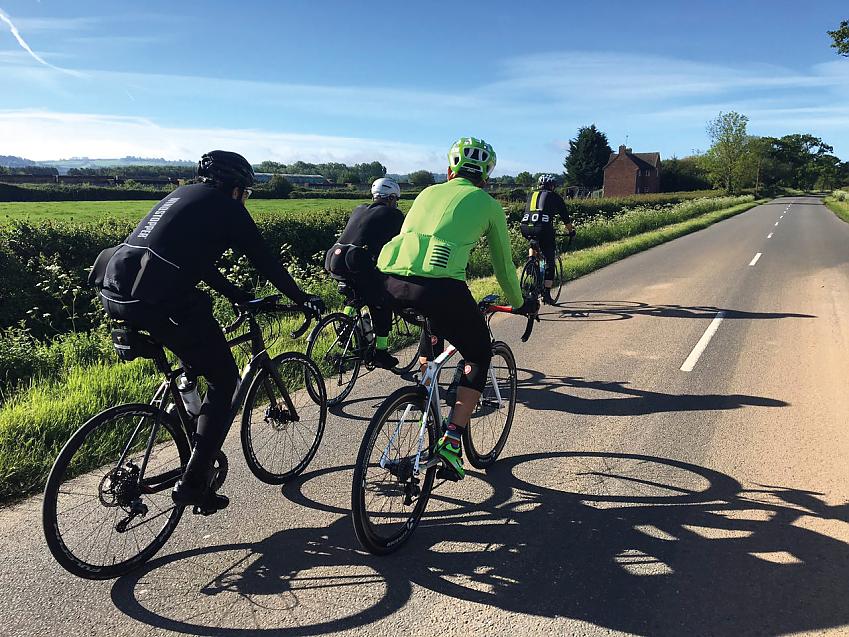 Brothers on Bikes out for a regular road ride

Despite their successes, BoB aren’t taking anything for granted – least of all the idea that they shouldn’t keep pushing for still more and greater diversity amongst their ranks. It is telling that the group is largely male, and women or girls who have joined for rides are perhaps likely to experience a different version of the isolation Ali once felt as the only Asian man in a very white cycling club.

“Sisters on Bikes is ongoing as a project,” explains Ali, “but it’s a matter of numbers. Some sisters come along and show an interest but then they drop out.

In Birmingham, you don’t see many Asian women cycling, so this summer we’re going into parks, working with kids and other youngsters who are just totally new to cycling.”

The push for greater diversity also extends across age groups. “We have some really big issues with inactivity amongst older people in our community,” says Abu Thamim Choudhury, based in London but one of the chief nationwide coordinators for BoB. “That means people are not exercising, and there are a lot of health benefits that starting cycling can bring.”

As the UK grapples as a whole with mental health worries in general, and an epidemic of loneliness in particular, Ali also offers evidence from his experience of working with local groups on bikes: “Some people just automatically fall in love with riding, others might start to come and then drift away.”

That distinction cuts across age groups, with different riders looking for different things. “We have some very talented youngsters who only want to race, and then the old boys who prefer just to sit with a coffee. But you notice that when people are doing it as part of a group, it works.”

Asked if he’s surprised at how far BoB has come, Ali’s tone of voice is one of humility mixed with happy disbelief at what they’ve achieved. “It’s an inspiration, to be honest. So many of us have such a love of cycling, and now it’s about building that with the youth, doing it locally, spreading the movement.”

The Cameraderie of cycling

While some older voices in the cycling community and media have been known to bridle at talk of diversity in UK cycling, hypothesising that it creates unwanted divisions, the real world experience of BoB would suggest that such fears are misplaced. As Vanessa Morris, a Community Development Officer for Cycling UK explains: “A successful community project comes from a shared vision to want to support the local community you live in, to give time to others, and also to pursue something that brings people together.”

Ali, meanwhile, points out that most of his friends are those he made through cycling, including a number of riders from that first club he rode with, and in which he had once felt isolated.

In that, the clearest message of all would seem to be that, so long as you have a strong commitment to getting more people on bikes, eventually the barriers that determine exclusion and inclusion come tumbling down. While people unfamiliar with bikes might take quicker to cycling if they are in a group that feels socially and culturally familiar, the sense of kin that develops through cycling can soon overcome that which in other circumstances might be thought to separate us.

Throughout the journey of how Brothers on Bikes came about, a recurring theme is the focus placed on how to develop a relationship with cycling amongst the next generation. Of his own children, Ali is certain there’s no chance of them growing up unfamiliar with bicycles and not riding. “Don’t worry, they’ll be all right… They’re starting young.” 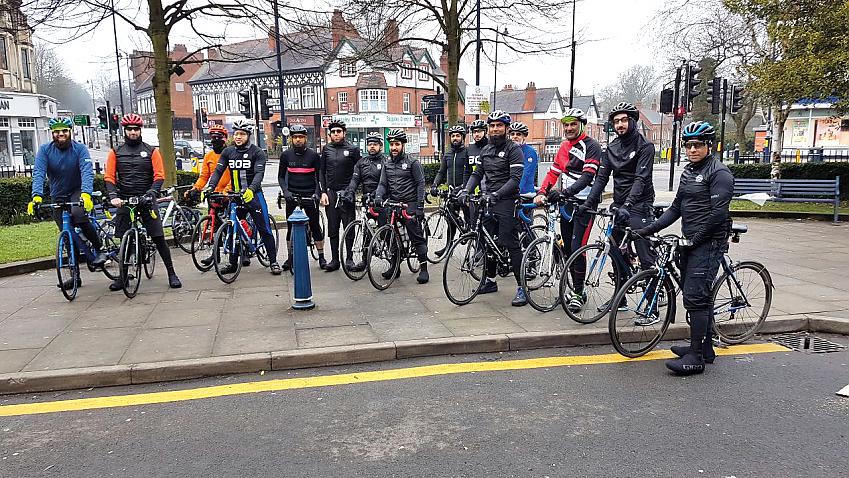 Brothers on Bikes in Birmingham

Julian Sayarer is former world record holder for a circumnavigation by bicycle and the author of Life Cycles, Messengers, and other travel books.

Find out more about Brothers on bikes

Brothers on Bikes is a Cycling UK affiliated club

Championing diversity: why it matters View
Cycling UK continues to support the UK to cycle
This remains true during this difficult period with the ongoing threat of coronavirus Covid-19
Read our latest advice on cycling