Most long-tail cargo bikes are about as big as tandems. The Tern GSD is dinky. Thanks to 20-inch wheels, it’s only the length of a big-wheeled solo, despite having a longer wheelbase and a capacious rear rack. As such, it’s easier to store and live with. The acronym stands for Get Stuff Done. The GSD will haul shopping, cargo, two toddlers in rear childseats, two bigger children, six conventional panniers, or a mixture of these things. It’s essentially an e-bike MPV.

The GSD is rated to carry 180kg, including the rider. The aluminium frame is triangulated using chunky tubes, and it’s designed for Boost hubs, which are wider. While smaller wheels are already stronger, wider hubs boost (sic) both strength and lateral stiffness by increasing the bracing angle of the spokes at the rim. It makes sense for a cargo bike.

The single frame size should fit riders from 150-195cm as the seatpost is telescopic and the stem adjustable. A step-through frame makes it easy to hop on and off. However, short cyclists may struggle to get a toe down at the lights as the bottom bracket is a lofty 30cm. I’d be tempted to fit a dropper seatpost. Any rider could then put one or both feet firmly down, helping to balance heavier loads. Saddle height adjustment would be instant and the lack of quick releases would prevent theft.

Manhandling the GSD isn’t easy: it’s 30kg. Yet storing it is in some ways easier than a conventional bike. It partly folds to become narrower and less tall. The seatpost goes right down. The ‘handlepost’, the long tube between steerer and stem, folds down against the front wheel, where it’s secured with a rubber strap. (Turning the front wheel through 180° first saves a little space.) Thus folded, it could fit under a table or in the boot of a car.

Alternatively, you can stand it up on its end on the rear rack. To do so, apply the rear brake when the bike is unfolded and walk backwards. The near vertical bike can be rolled into place, then stood up. Just be careful it can’t fall – 30kg could do real damage. Standing the bike on end is the easiest way to adjust the brakes and gears or to remove the wheels.

The fame and fork bristle with fittings. The front Transporteur Rack is particularly useful. It holds a 30×40cm crate, and there are bottle mounts on the back. To carry boxy loads at the rear, you’ll want the Shortbed Tray (60×40cm) or the Sidekick Lower Deck supports. 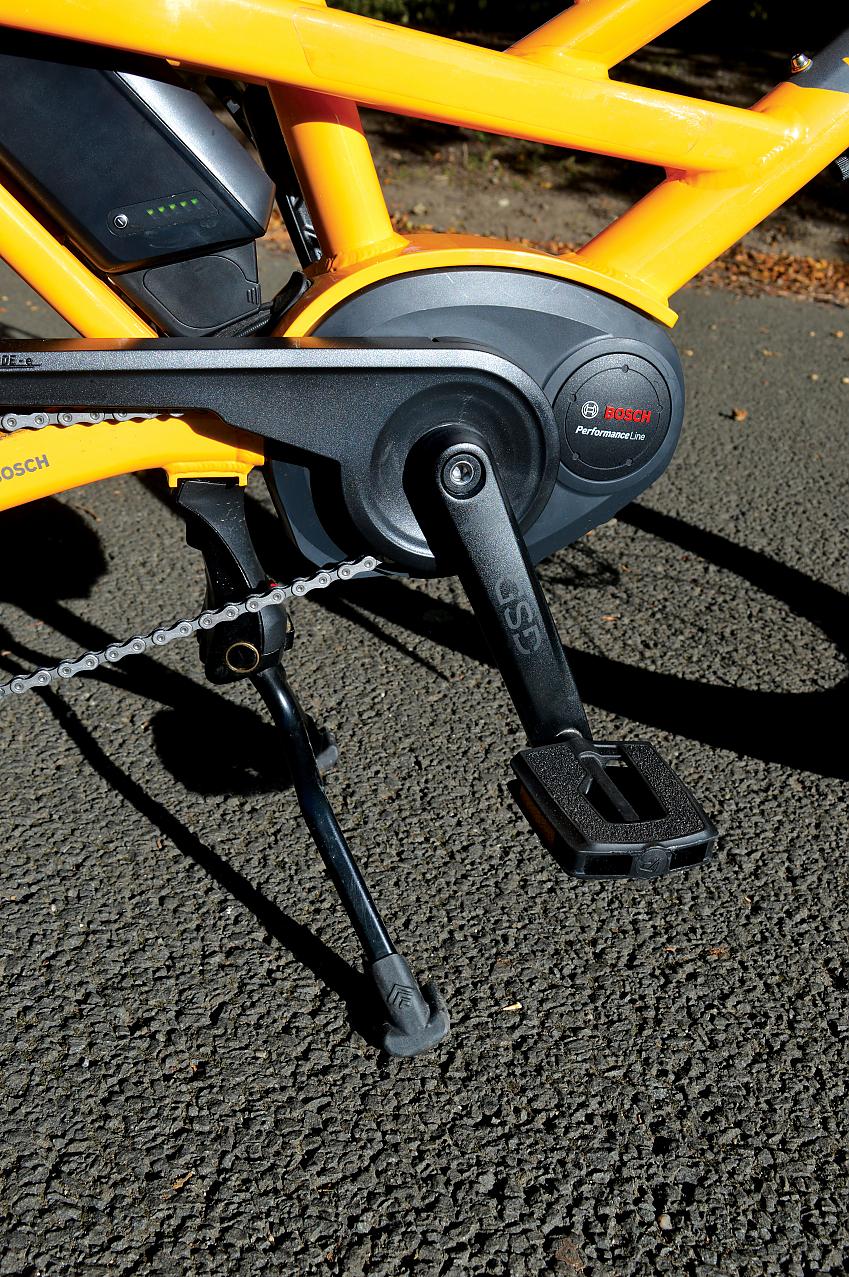 Assistance is effective at low cadences, with a max torque of 63Nm. Hill starts are easy

The drive sprocket at the cranks is only 20t but is stepped up by a factor of 2.45 by the Bosch internals. Effectively you’ve got a 49-tooth chainring. With a 10-speed Shimano Deore cassette, that gives a practical gear range. If you want to change it, drive sprockets are available in 14-22t sizes.

The Bosch display is simple. Press the plus button to move up an assistance mode, the minus button to go down one. You can view charge remaining, speed, range, trip distance, total distance, and power mode – but not all at once. Button presses are a bit vague; I’d like a more positive response. 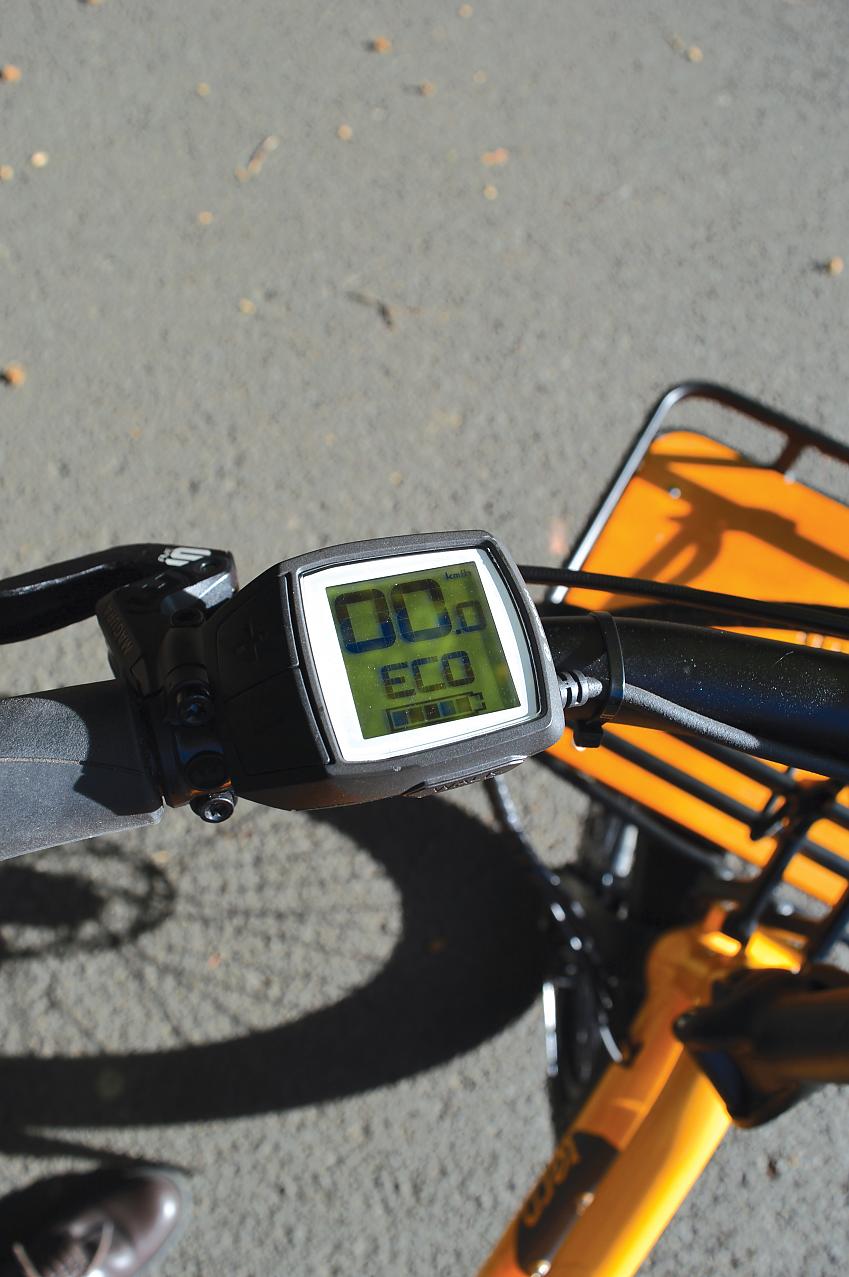 Those 20-inch wheels enable the cargo racks to be situated lower down, improving the bike’s centre of gravity. They’re fitted with fat Schwalbe Super Moto-X tyres, made specially for Tern. They’re ideal: fat tyres support the load better and help isolate it from bumps. Any increase in rolling drag is largely irrelevant given the extra energy available. I’d just change the front axle to an Allen-headed one to deter wheel theft.

The brakes are outstanding: four-piston Magura hydraulics that bite onto 180mm rotors. Because the GSD is stable and has a big tyre footprint, you can use that power too.

The Cargo Hold Panniers I requested have a capacity of 68 litres per pair, just enough for a week’s shopping for two. They fold flat on the bike when not in use, which is neat, but while durably made they’re fiddly to get on and off. 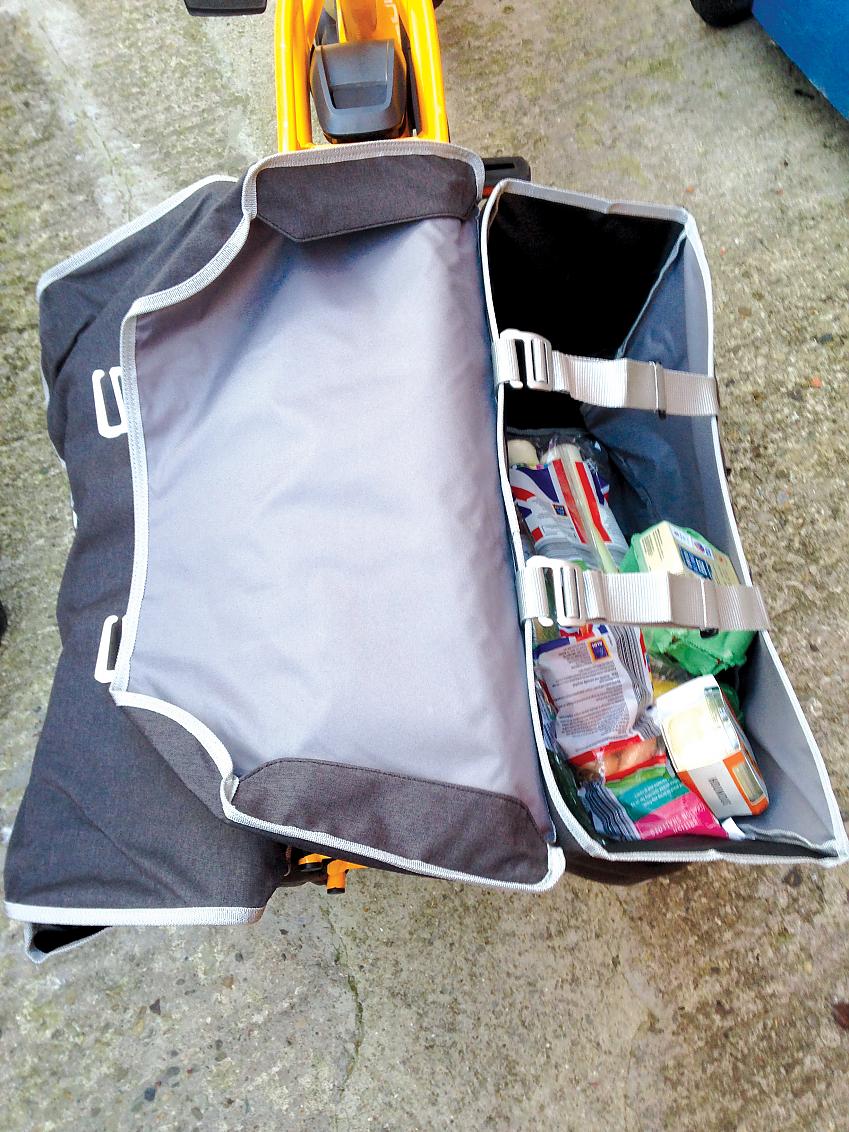 The Cargo Hold Panniers attach to the rack with straps, making removal fiddly

The riding position ranges from fairly to very upright. That’s fine. You don’t need to be poised athletically over the pedals when there’s a motor to put in extra power for you. And it’s a comfortable way to pedal in normal clothes, which is surely all you’d wear on an e-bike like this. You don’t get hot and sweaty because, while you must pedal (it’s a pedelec), you never have pedal hard. Even if you can maintain 200-250W on your own, an extra 250W makes a big difference. On my (unassisted) Yuba Mundo, I seldom ride more than five miles and always choose a route to minimise climbing. On the GSD, a dozen miles – including a 1-in-4 hill and a cargo of logs – was trivial.

As it’s a sit-up-and-beg cargo bike, my natural riding pace was less than 25kph (15.5mph) so electric assistance was nearly always available.

I didn’t keep lurching between assisted and unassisted pedalling, a problem with non-cargo e-bikes I’ve ridden. The extra kick from the motor was great for getting the loaded bike moving too.

Handling is good. It’s as manoeuvrable as a solo bike, and although it’s heavy all that weight is low down, so it feels stable and surefooted.

Yes, you could buy a (secondhand) car for what the GSD costs. But the running costs are thousands of pounds per year apart. The more you use the e-bike, the more you’d save. And you do find yourself wanting to use it: the GSD is a versatile load-lugger that’s pleasant to ride. For anyone with journeys they might hesitate to do by bike, this could be the answer. It’s hands down the most useful e-bike I’ve ridden. 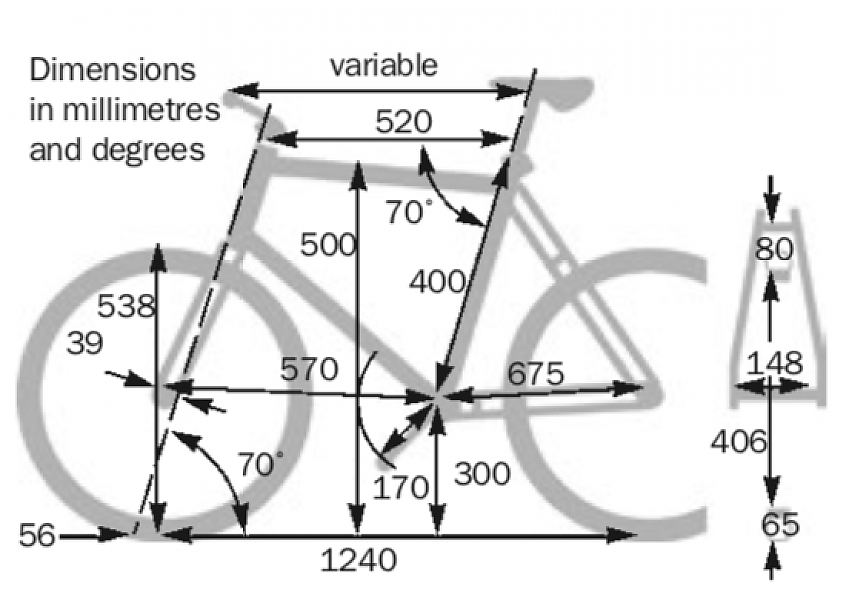 Just how much can you carry by e-bike? View