Families on a Space for Cycling ride in Sheffield
By TomGuha
Tuesday, 25 April 2017

Saturday April 22nd was International Earth Day and the day after the publication of the Government's Cycling and Walking Investment Strategy. To mark the occasion, groups across the country took to their pedals in a show of support for Space for Cycling.

On International Earth Day 2017, groups across the country took to their cycles in a show of support for Space for Cycling. Thousands of people, across 16 events, came out for the day to demonstrate the need for safe and accessible cycle routes to encourage cycling as a means of sustainable, healthy transport.

The day was also just under two weeks before local elections took place across the country in county councils and in six key combined authority conurbations. It also happened to fall a day after the publication of the Government's first ever Cycling and Walking Investment Strategy, so the day doubled up as an opportunity to tell local authorities to make effective use of the strategy.

Events in Scotland were organised under the banner of Pedal on Parliament. Previously confined to Edinburgh, four rides took place north of the border in Edinburgh, Glasgow, Aberdeen and Inverness. You can see more details on their rides on the PoP2017 website and PoP Twitter.

Below is a brief run-through of the day's events in England. 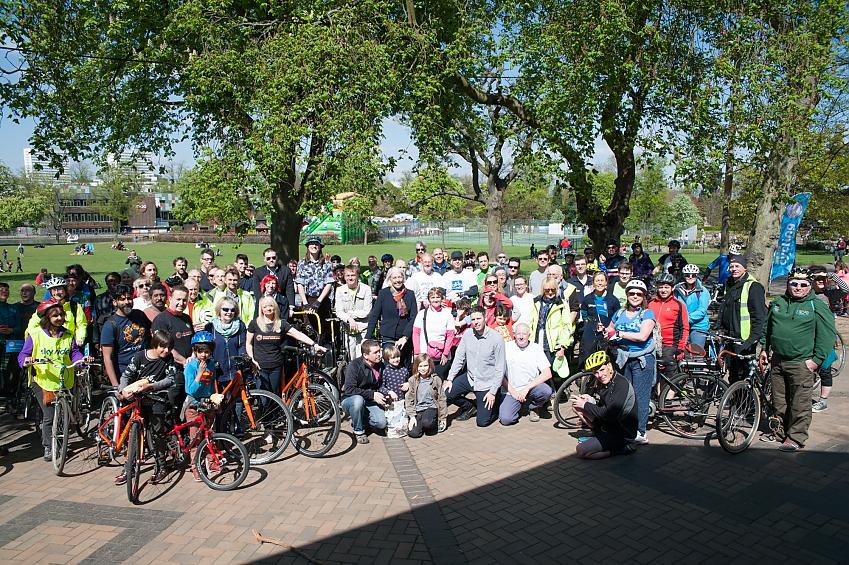 The West Midlands elected its first ever Metro Mayor on May 4th, so Cycling UK worked with the Bike West Midlands Network to ensure all candidates had cycling high on their list of priorities.

All the candidates came along on the Birmingham ride to tell the crowd what they will do for cycling if elected. All pledged support to our call to back the West Midlands Cycling Charter and to actively seek £10 per head annually for cycling, which means that whoever was elected, cycling will feature high on the policy agenda.

You can see videos of each candidate's speech on our Periscope page.

See coverage of the day's event in the Birmingham Post. 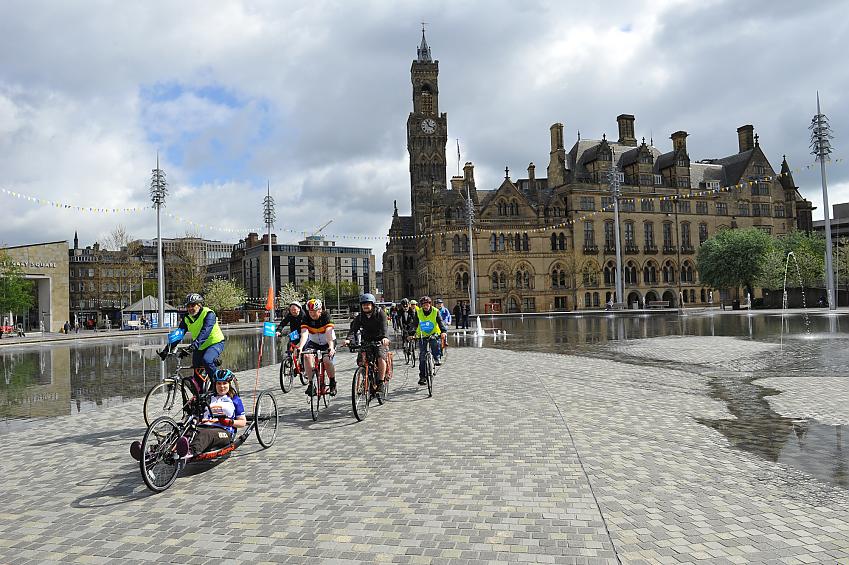 2017 could very well be the year of cycling in Bradford. With the launch of the Bradford Capital of Cycling Hub, the arrival of the Tour de Yorkshire, Cycle City Active City coming to town in May and a hotly anticipated cycle strategy imminent, it was all go in Bradford!

To celebrate, the Bradford Cycling Campaign organised a ride around the Bradford town centre with the Bradford Disability Sports and Leisure riders, to show local decision-makers that cycling is important as a means of transport for all people. Cycling is in fact easier than walking for many people with disabilities, yet there is a widely held misconception that cycling is predominantly for fit middle ages men in lycra. 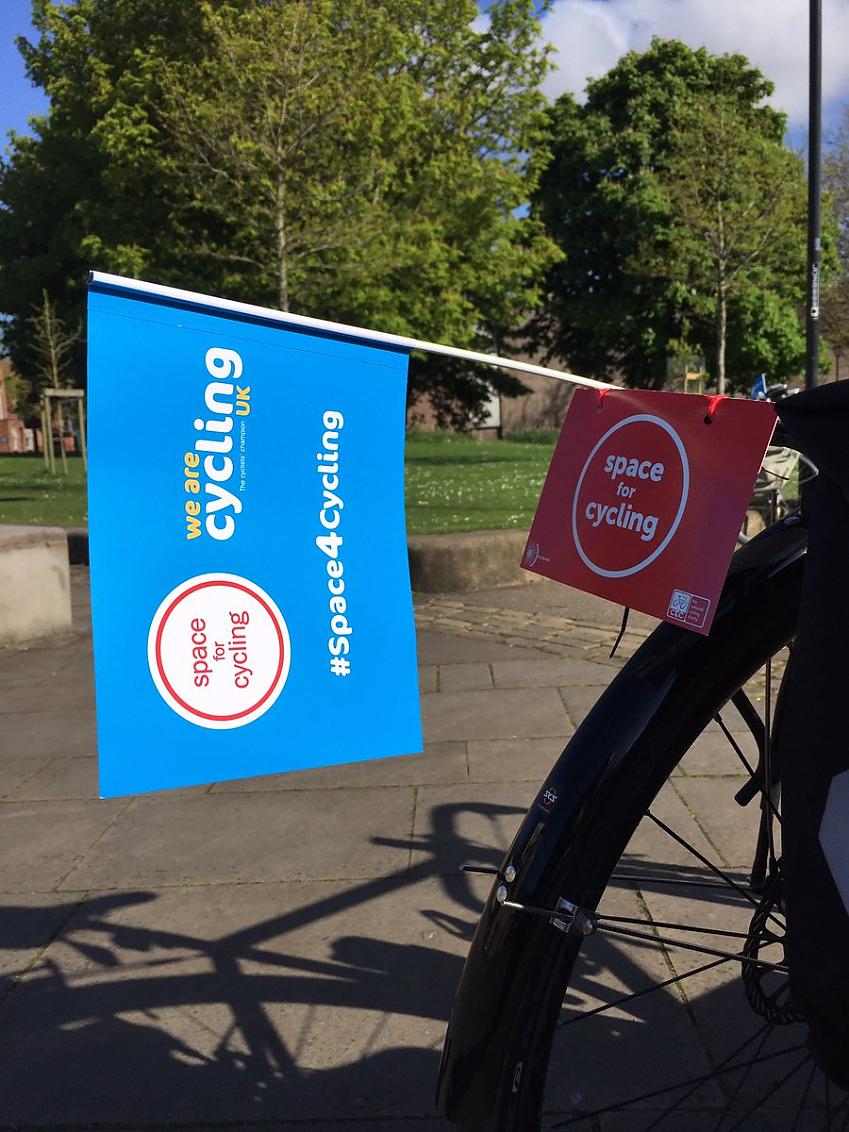 The Derby Cycling Group organised an event of roughly 50 riders to circumnavigate Derby's town centre before ending with a picnic on Cathedral Green. The event was a family-friendly affair with sandwiches, cycles and sunshine.

The Kirklees Cycle Campaign organised a 'slow ride' around Huddersfield town centre to demonstrate the need for Space for Cycling in the area. The ride was the new group's first event and included a tour of some of the local infrastructure that was either hindering or helping local people get out on their bikes.

You can see more about the ride on the Huddesfield Examiner website, which includes a short interview with the organisation's Chair, John Lewis. 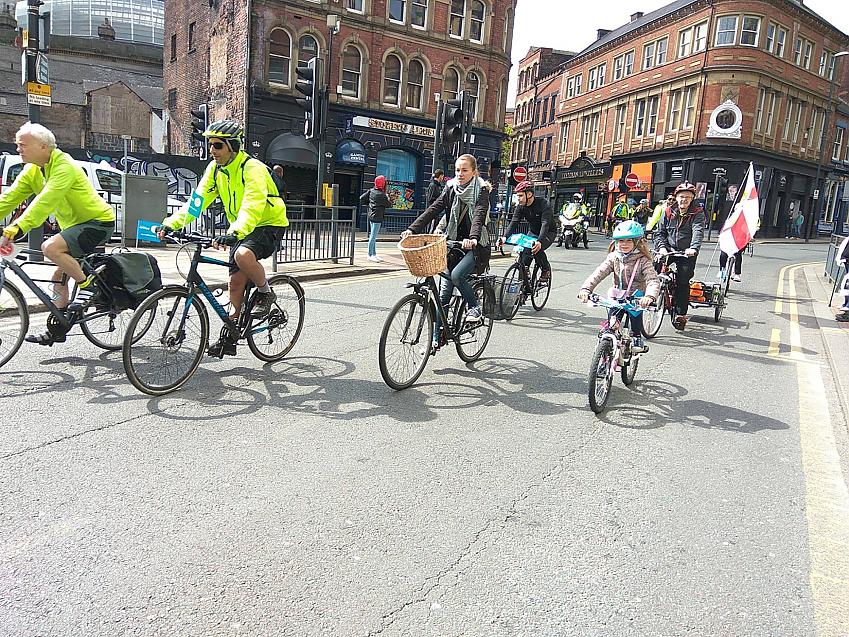 Staying in Yorkshire, the Leeds Cycling Campaign also organised a ride. Roughly 60 people turned up and were given a police escort through the city to keep them safe as they pedalled, partied and protested their way through the town centre.

See more about the event on the Yorkshire Evening Post. 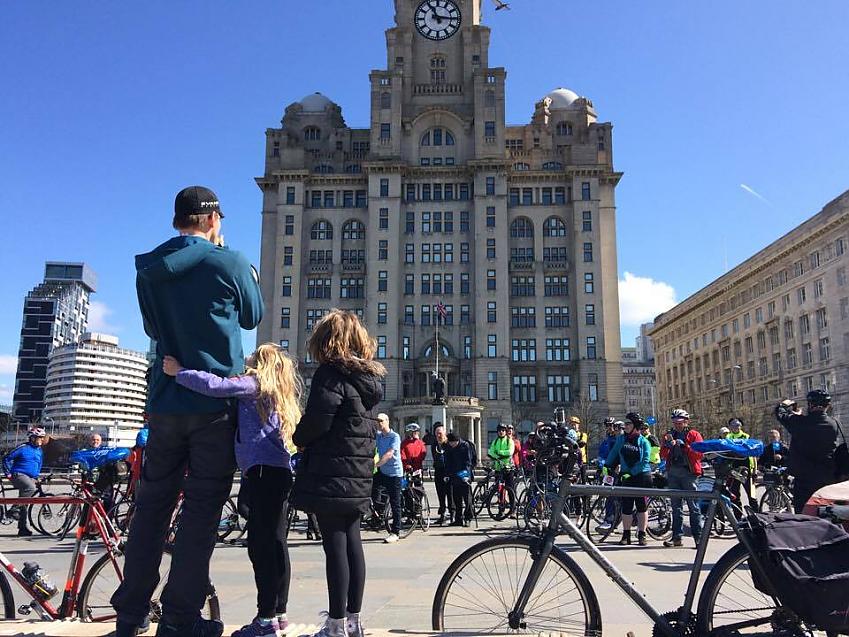 As Metro Mayor elections loomed in the Liverpool City Region, roughly 100 riders joined the Merseyside Cycling Campaign on the Pier Head to hear from Green candidate, Tom Crone, and the Lib Dem candidate, Carl Cashman. Both candidates had expressed support for the Space for Cycling campaign and they re-emphasised this on the day. Carl Cashman announced that he wants to expand the bike hire scheme across the authority, while Tom Crone said more should be done to make cycling "people's first choice of transport" in the city region.

On May 4th, Nottinghamshire headed to the polls to elect county councillors. It is the county council that is responsible for the bulk of local roads, so it is crucial that all newly elected representatives understand the need for safe, comfortable and accessible Space for Cycling. Riders came from all over the county to show the need for a comprehensive cycle network spanning the whole county area, so that everyone can get around safely and comfortable by cycle. 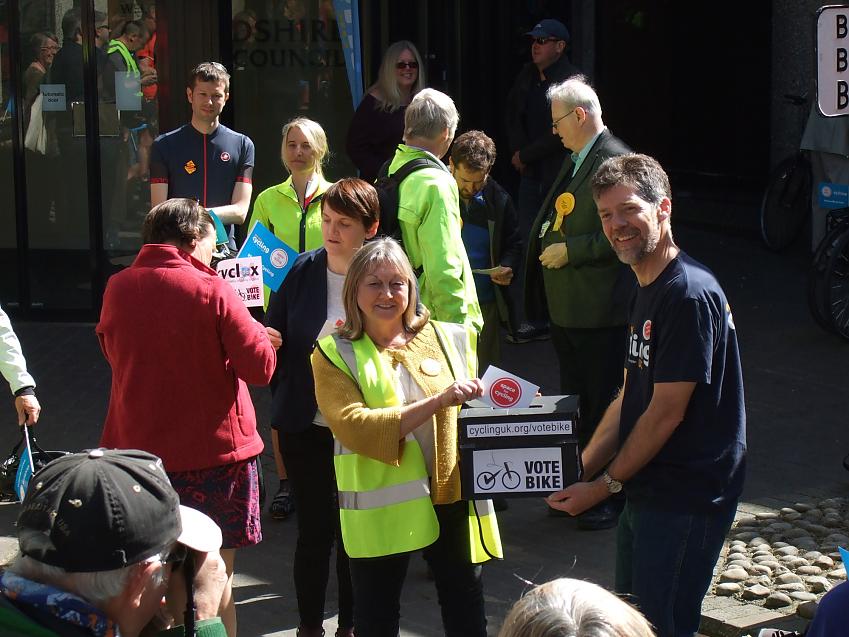 Sticking with county councils, Oxfordshire came out in full force to show all their candidates the level of local support for Space for Cycling. Roughly 150 riders came from near and far to a gathering at the county hall arranged by the Oxfordshire Cycling Network. Candidates from all political parties came along and illustrated their vision for cycling in Oxfordshire if elected.

See more coverage of the event in the Oxford Times, the Oxford Mail and the Oxfordshire Guardian. 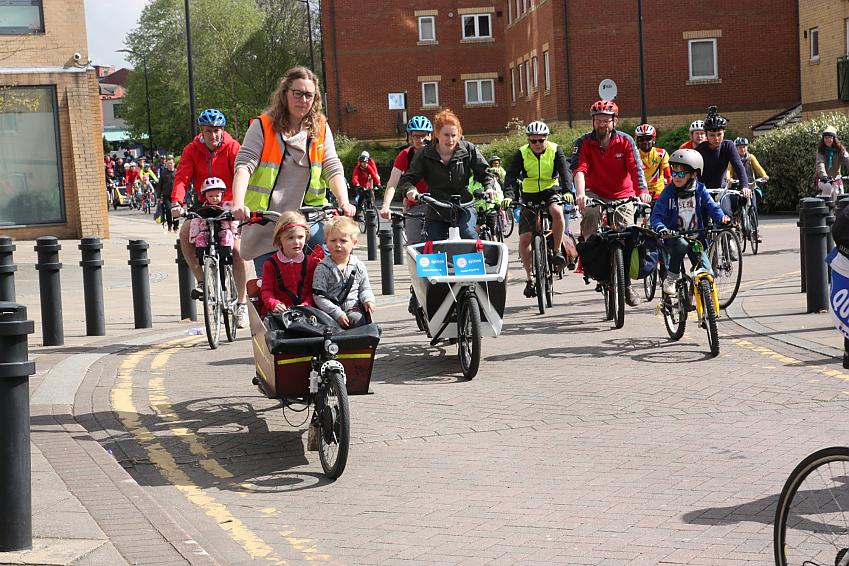 Every year CycleSheffield holds an enormous Space for Cycling ride and 2017 was no different. Between 300-400 people pedalled out dressed in red and armed with a boombox playing Bicycle Race by Queen. The riders were addressed by Natalie Bennett, former leader of the Green Party, before heading out and telling Sheffield Council, "we need more Space for Cycling"!

Watch the ITV report for more info. Also, check out The Star's coverage. 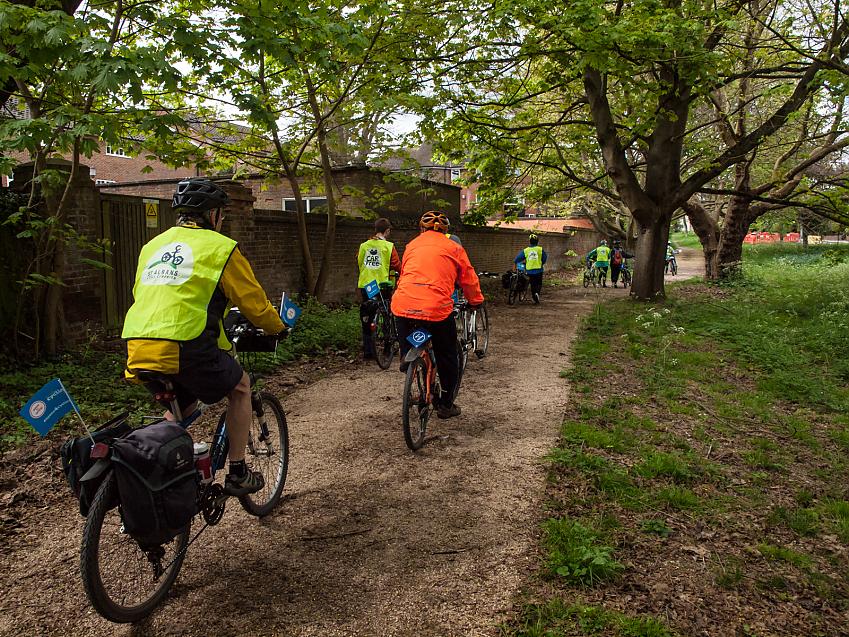 Down south in St Albans, StACC (the St Albans Cycling Campaign) organised a ride around the, as yet unfinished, Green Ring - a 9km walking and cycling route that orbits the town centre. With county council elections also due to take place on 4 May, the group invited candidates for the district to come and explore the ups and downs of one of the most enjoyable routes in the local area.