With empty roads you can stop and lie down for a rest.
By Josie Dew
Friday, 24 July 2020

Josie Dew is Cycling UK's vice president, a cycling author and adventurer. Find out why she's happy it's the summer holidays how this adventurous mum of three children got on homeschooling during lockdown.

I cycle everywhere, whatever the weather or the traffic. And always have done. But most people who see me on my bike and who tell me that they too would like to cycle express nerve-jangling uncertainty about doing so because of the often high volumes and speeds of motor traffic. This though, coupled with often disrespectful driving and gestures, can make it just as intimidating for experienced cyclists as it is for novice ones.

I cycle every day with my two youngest children who are still at primary school and we often remark as we cycle along with cars flying like rockets past our elbows or overtaking like mad kamikaze pilots on blind corners how heavenly it would be if they all disappeared, evaporating into the ether, leaving the roads quiet and full of bikes and birdsong instead.

Like Denmark, or the Netherlands, where the cycling infrastructure is of such stratospherically high-quality that you can ride your bike for hours and scarcely see a car.

Dreams don’t often come true but they did a few months ago in the thick of lockdown. Heaven landed squarely on our handlebars. Out went the cars. In came the bikes.

One of the positives to come out of the pandemonium of this pandemic is that bikes appeared out of the woodwork. People I’d never seen on bikes were on bikes, coming at me from all angles.

One of the positives to come out of the pandemonium of this pandemic is that bikes appeared out of the woodwork. People I’d never seen on bikes were on bikes, coming at me from all angles. They flew out of side turnings without looking; they cycled on the right as if in France. They wibbled, they wobbled, they wheelied down the central line. But none of that mattered. There were no cars around to splat them as flat as no-road-sense pheasants. They could do as they please. And that was the joy of it all.

A thicket of bikes, hither and thithering like I’d never seen before in this often gridlocked land. 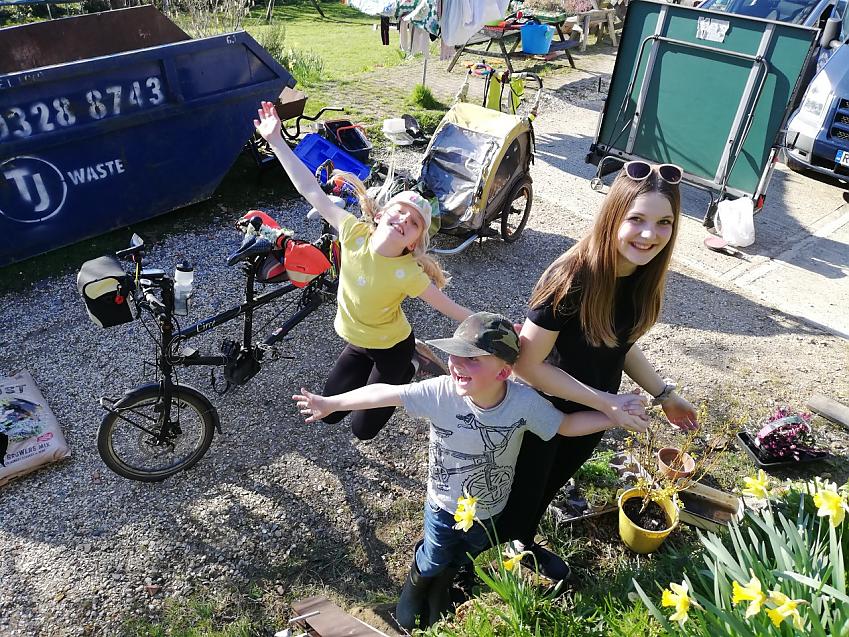 Usually these new-born cyclists would give me a cheery wave as they passed or convivially greet me by name and I would think: ‘Who the heck was that?!’ Seeing someone out of context with a helmet on their head can throw you good and proper. Often I would never know who the congenial cyclist was, but other times I would suddenly recognize them as a normally car-cocooned bored-looking child on the school run or a stern-faced dashing-to-work car-commuting neighbour or the highfalutin woman in the Range Rover who normally charges along on her phone seemingly oblivious to my cycling presence on the road. It was heartening to see.

Suddenly the apparitions behind the speeding sealed glass of their vehicles were human after all.

The big question is: will all these people stay on their bikes when all this has blown over? Hopefully. Or will they head back into the woodwork or the sealed-off anonymity of their vehicles once life returns to ‘normal’ and it turns cold and starts raining again? Hopefully not.

When cycling everyday through this past winter’s constant rain and floods and storms like Ciara, Dennis and Jorge, I would see no one else out on a bike. So this spring and summer has been poles apart from that. And long may it last.

During lockdown I’ve been going on the odd mercy-dash hunter-gatherer cycling mission to buy food and pick-up prescriptions for several elderly or vulnerable people around where I live.

A week before schools closed, way back in dim and distant mid-March, we had to self-isolate for two weeks due to my oldest and youngest child coming down with sky-high temperatures. During this time we heard of toilet-paper shortages and mass stampedes of panic-buying shelf-strippers. With food supplies perilously low I turned all Neanderthal, hungrily harvesting a large colony of hawthorn leaves, ground elder and ditch-dwelling nettles to put in the pot.

I even eyed up the possibility of slaughtering a nearby sitting-duck pigeon. Along with diving headlong into cultivating a veg patch (survival tactic after hearing shops cleared out of food) my husband Gary felt tempted to teach us all to shoot – according to him shooting is a life skill. Come to think of it, I suppose knowing which way round to hold a gun could come in use should we need to fight them on the beaches (or in Tescos) or bring down a passing yak.

With three young children at home day-in, day-out, days have been a constant blur of noise and busyness and "Mum I'm hungry!" war cries (what is it about lockdown that they seem hungrier than ever?).

Yet, despite the daily scrums (I’m either peeling the six-year-old off the ten-year-old or the ten-year-old off the six-year-old with the thirteen-year-old refereeing from the sidelines), this lockdown homeschooling lark has been really very fun – mostly because when I find I’m going up the wall with them all (which is about every 5 minutes) I jettison them all outside and we get on bikes and go. And suddenly all is well with the world again. Cycling keeps you sane.

My attempts at home-schooling started out on a school-like footing: I made teacher-type timetables to put structure and order into the day. Unsurprisingly, this structure didn’t last. By week 2 things had gone a little haywire and by week 3 we were a lot more in tune with the birds and the arcing of the sun than we were by semi-rigid timetables. Going free-range seemed to be the name of the game.

I think one of the most important things in this mad world of uncertainty is happy boisterous children with vivid imaginations left to run wild. 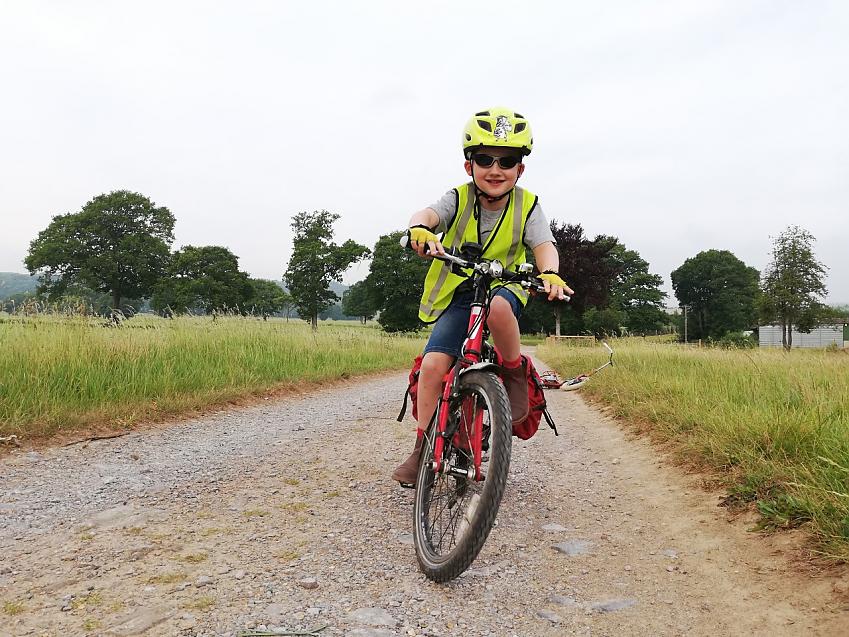 When the government changed its advice from STAY HOME to STAY ALERT (I’m trying to be very alert, stealthily checking behind doors and down dark alleys in case this villain virus in a balaclava is silently creeping up on me, taking me unawares from behind) the roads started getting busy again with motor traffic rushing and racing along. From cycling unusually quiet and near-empty A-roads in lockdown we’re back to the back lanes - the A-roads are no-go areas again. But no longer can we stop our bikes and lie down in the country lanes looking up at the blue sky, watching the dipping and diving swallows or listening to the larks. Many of the lanes have drivers driving even more nuttily than before, as if they’re letting all their locked-down frustration out on the roads.

Still, I think that the big plus against all the negativity of coronavirus is that it has made people more aware of nature and more aware that bikes are a better and more enjoyable way to get around then their usual ton or two of metal.

With homeschooling I’ve found that after having tried to aim high and do school-like timings, it’s now best to aim low and live outside (with plenty of cycling) and if I get through the day and my rowdy mob are happy and have learnt something (anything!) and are still alive by bedtime, then I feel I’ve achieved.