It's time to get active and stand up for cycling

Does your MP support cycling?

It's time to get active and stand up for cycling

Cycling UK Chief Executive Paul Tuohy explains why we need your help to find out which prospective MPs will stand up for active travel so we can start getting the UK cycling and walking in the new year.

Brexit or Bike-it? A general election is looming, and whatever your position on the former, it’s the latter that Cycling UK is lobbying for. Cycling needs more investment because it can help tackle two other issues high on the political agenda: climate change and pollution; and the importance of the NHS and of protecting the health of the nation.

Current investment in cycling and walking in the UK is pitiful. In England it represents about 2% of the entire transport budget. Unless this is increased to 5% immediately, and then at least doubled over the coming five years, there is no chance that the Government in Whitehall will achieve its own modest targets to double levels of cycling by 2025. But it isn’t happening! We have to make those in government understand the folly of current spending policies on active travel: the policies themselves are practically inactive. 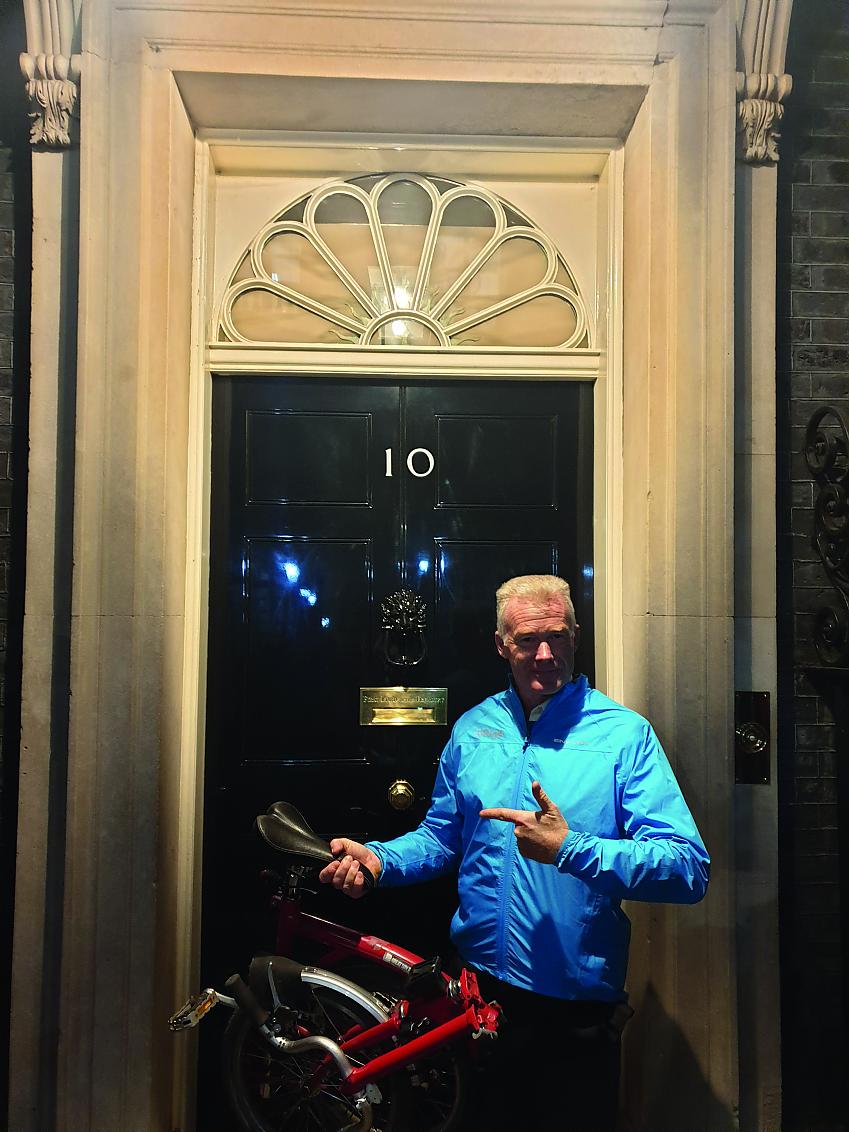 Show us the money

In London, we’ve seen how cycling infrastructure has been greatly improved. There was an increase in targeted funding, and many more people began to use the bike to get about. It’s more complicated to do that nationally than just in London; there are towns and cities across the UK that simply have no investment and no guarantees that their local neighbourhoods will become more attractive to cycling.

I write this in November, following recent meetings I and colleagues have had with politicians and advisers across the political spectrum to press Cycling UK’s argument for increased and sustained investment in active travel. We had been expecting a budget, but events overtook this and we’re now in election campaign mode.

But what is clear is that whichever party or parties are in government by Christmas, there’s an urgent need to convince the Treasury that active travel needs billions not millions. And the Treasury is bombarded by every department in government wanting more money for health, education, law enforcement, environment, social inclusion, and so on. To make ourselves heard, we have to try both top-down and bottom-up approaches.

If ever the time was right to invest in a clean, affordable means of moving around, which makes you feel good and adds years to life expectancy, now must surely be it. The benefits of having an active lifestyle are unquestionable. This is why we need you to ask your parliamentary candidates, whatever their party, to stand up for cycling and walking and pledge to support an immediate increase to 5% of transport spending on cycling and walking, increasing to at least 10% within five years.

We will let you know the responses so you can then, with a simple click, write again to those who haven’t pledged.

Once MPs are elected, we will know who best to lobby to ensure we get what we want. So while the election coverage may be driving you nuts by now, put the divisive issue of Brexit to one side for now and focus on an issue we can all get behind: more investment in cycling. Because while the issue of underfunding REMAINs, we will not LEAVE it alone.

How to take part

When will your candidates stand up for cycling and walking? View

This election stand up for cycling and walking View