Hull - despite some improvements - the culture of cycling is gradually declining
By Chris Peck
Friday, 26 April 2013

The number of people cycling to work has gone up in England and Wales by 17% from 2001 to 2011. In some areas, cycling is booming, but in others it is declining.

I've already mapped the changes in cycle use by share of commuting trips in highway authorities.

Other maps showing the changes by district authority, and other modes, such as the changes in car commuting, are also available. 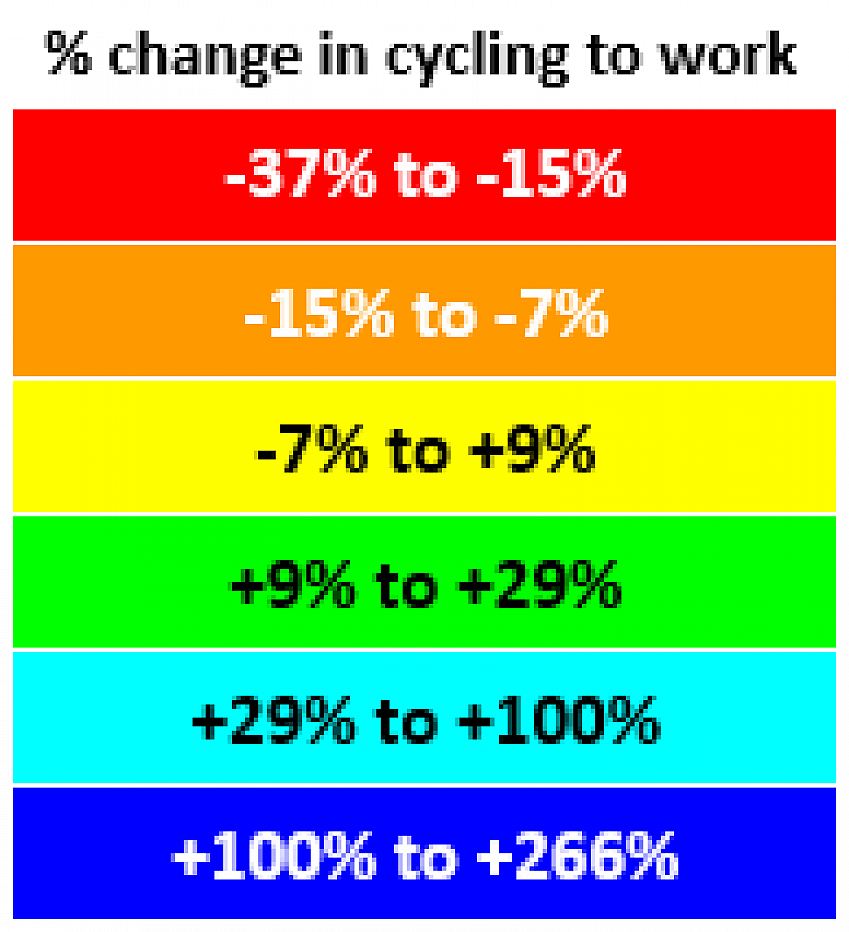 In many rural areas and small towns (especially in the east) there is still a culture of cycling for everyday transport, but even here, there is a rapid decline in the number of people cycling.

This is in part because, whereas in cities car use has reached saturation due to congestion and lack of car parking space, in many rural or small town areas there remains the opportunity for car use to increase, sometimes displacing cycling.

What else do we learn from this? The change in London has been profound, but other locations have also seen huge increases in cycling.

Brighton has seen a 118% increase in the numbers of cyclists, and the local authority is busy building innovative cycle facilities, reducing speeds and increasing permeability for cyclists - all measures which should maintain this growth.

Two factors are pulling against each other here: the re-urbanisation of cities, where density of population is rising and car use is falling, and the continuing expansion of suburban, lower density car dependent developments on the edges of towns and cities.