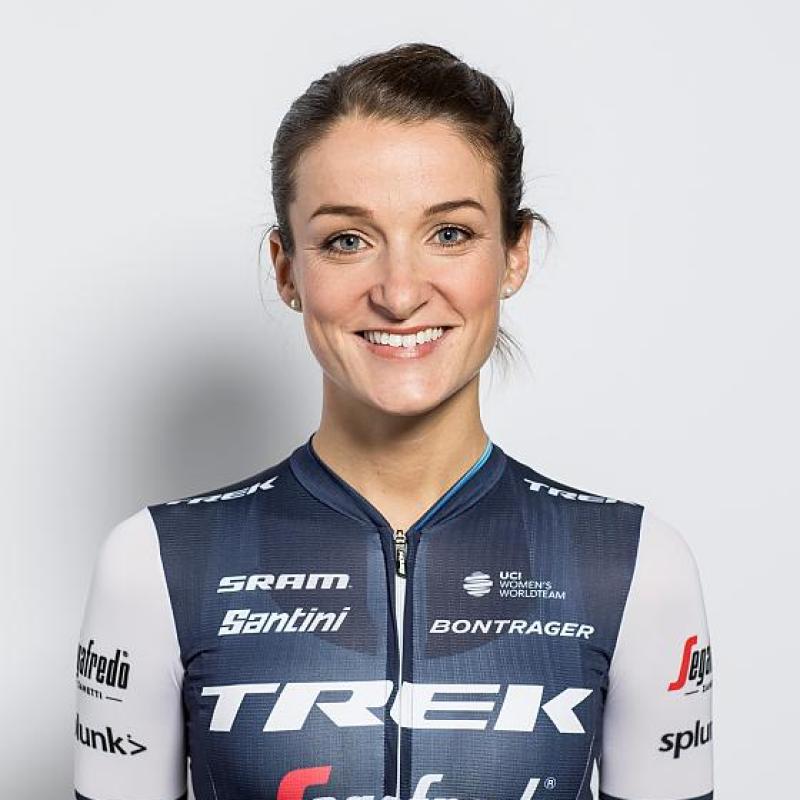 Lizzie Deignan is an English professional world champion track and road racing cyclist, who currently rides for UCI Women's WorldTeam Trek–Segafredo. She was the 2015 World road race champion and the 2014 Commonwealth Games road race champion. Lizzie is also a twice winner of the season-long UCI Women's Road World Cup, winning the overall competition in 2014 and the final edition in 2015.

In 2018 Lizzie gave birth to her first child, Orla and proceeded to race in the Tour de Yorkshire a year later. The mum of one is looking towards a best result ever at the next Olympic Games.

Watch Lizzie giving her advice on our video series, Bants, Bikes & Being Female where Lizzie and guests talk pregnancy, cycling and kids.