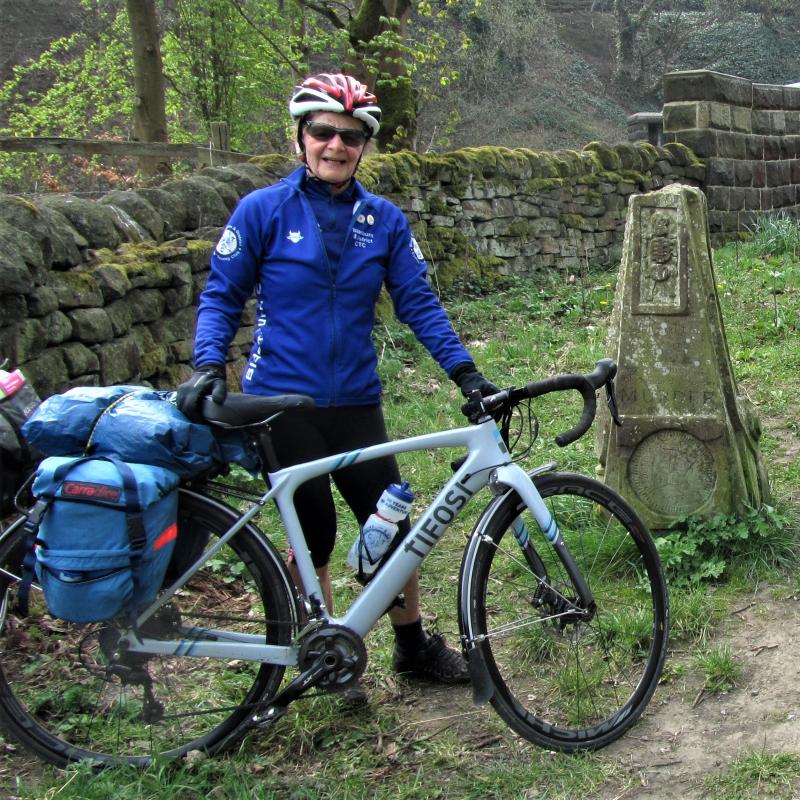 Chair of committee for Blackburn and District CTC

At 70 years old Anne’s passion for cycling is as strong as ever. A lifelong relationship with cycling has seen Anne organise family cycling events, training sessions and club races, which have all nurtured younger riders. She is currently the member group chairperson and social secretary for Blackburn and District CTC. 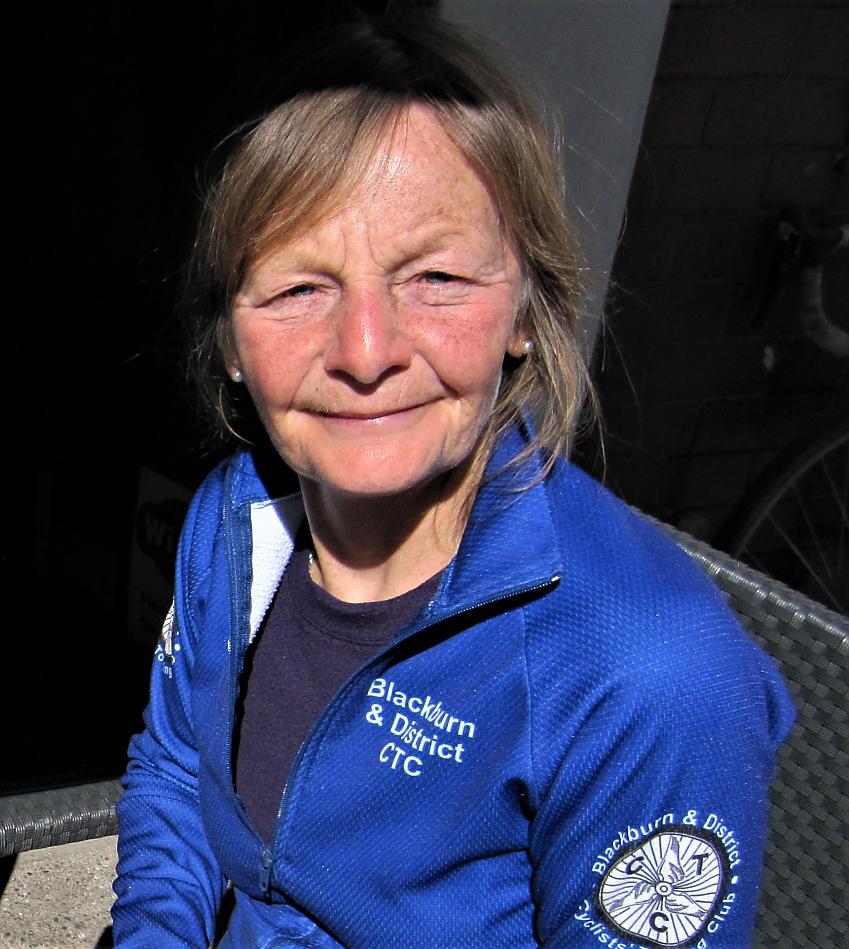 "I was 17 when I first heard stories about cycling and it opened a whole new door for me and changed my life forever. My love for cycling is to simply to ride into the countryside, on roads or tracks, and to simulate enthusiasm in others.

"Over my 50 years of cycling with Cycling UK, I have led and organised cycle touring holidays (home and abroad), and YHA weekends away for my club, Blackburn and District CTC.

"Also I established invitation and family club runs, speed training sessions and track outings. I have promoted various cycling time trials, including our recent 2-up ""10"" time trial in May 2021.

"I was secretary of Blackburn and District CTC in 1982 (and many other years after) when we became the very first CTC section to become affiliated for racing to the then Road Time Trials Council and British Cycling Federation.

"During the 1980s, 1990s and early 2000s I was involved with the development of young riders, some of whom went on to win the National Team Hill Climb Championship five times, between 1999 and 2009. These young riders went on to win between them six individual national medals, at senior and junior level. The first of these national titles (in 1999) generated a much cherished letter of congratulations from Phil Liggett, then president of the CTC.

"I had helped our club in the request for women to be accepted to ride in the National Hill Climb, and then in establishing an actual ladies' title in that event, after our rider (Helen Dawson) was fastest lady in 1999 but was not eligible for a prize.

I share the excitement of new members who come out, knowing what cycling experiences and wonderful prospects hold for them. Cycling is an open door, filled with adventures, that never closes

"I am currently chairperson of our member group, producing our club magazine and information leaflets. I am also the social secretary and driving force for our extremely successful club room, for which I organise a full and varied programme of cycling shows. I share the excitement of new members who come out, knowing what cycling experiences and wonderful prospects hold for them. Cycling is an open door, filled with adventures, that never closes." 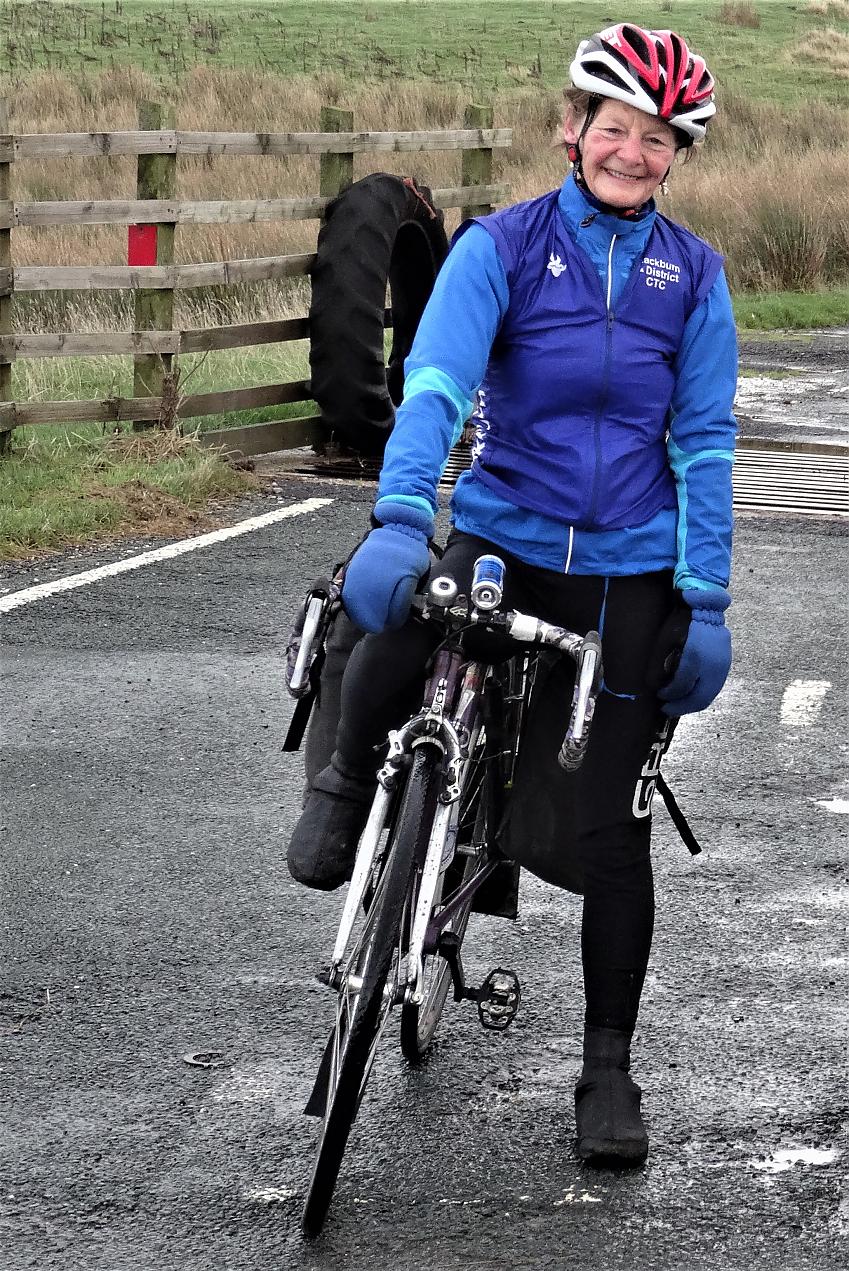 Anne was nominated for the 100 Women in Cycling by Stew Clark, who said:

"Anne has been a driving force within Blackburn and District CTC for umpteen years. Currently she is chair of the committee, club magazine editor, social secretary plus she gets stuck into organising loads of other club events. Without Anne, club life would be so much the poorer. Also Anne is as daft as a box of frogs.

"She is brimming with enthusiasm and is often bouncing around or dancing, so excited is she to be doing whatever it is she's doing. Also Anne turns 70 this month but she shows no sign of slowing down just yet.

She is brimming with enthusiasm and is often bouncing around or dancing, so excited is she to be doing whatever it is she's doing

"Anne first joined the old CTC in 1968 and has ridden countless tours, taking photographs along the way and then using the photos to illustrate talks in the clubroom."