Around the same time as the Cyclathon, the Corn Hall also staged some cycling-themed events with live theatre performances by The Handlebards, 'the world's first cycling theatre company who cycle from event to event with all their sets, props and costumes'.

It just goes to show what can be achieved that from small beginnings."

This year's Diss Cyclathon takes place on Sunday 24 June and is a day to celebrate everything that is great about cycling in Norfolk and Suffolk. It includes family rides from five to 15 miles and a sportive through lovely country lanes with distances of 25, 50 and 100 miles. There are also going to be a host of activities on the park in Diss from noon to 5pm.

In the week leading up to it, a cycling-themed film is also screened at the Corn Hall. This year it will be Peter Yates's award-winning film 'Breaking Away'.

Thanks for sharing your story with us Alan and good luck with the Cyclathon 2018! 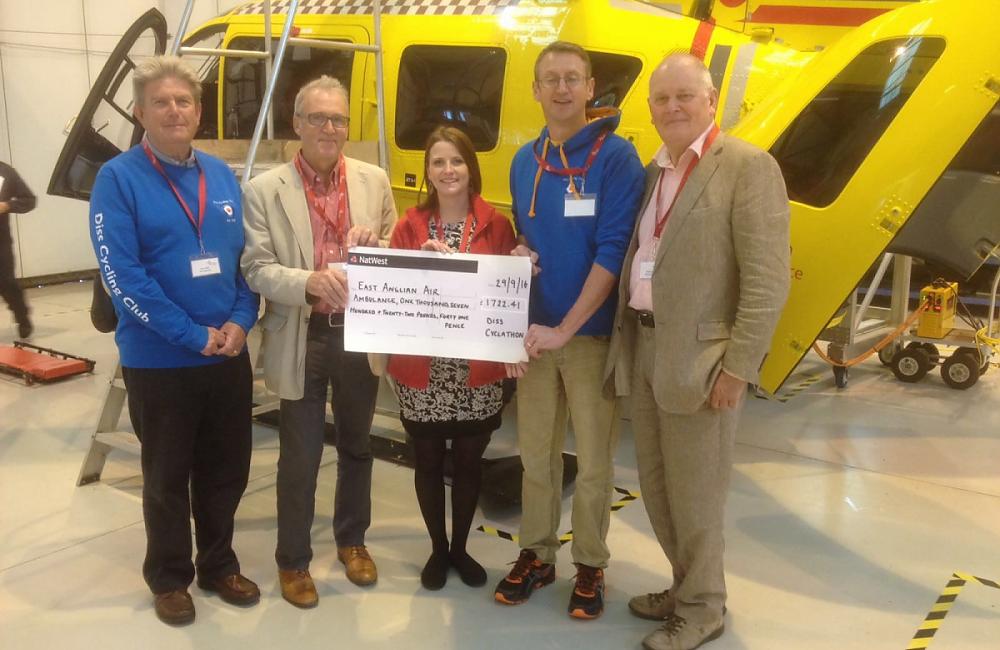