Still married and still cycling after more than 60 years together

Still married and still cycling after more than 60 years together

This Valentine’s Day, we’re celebrating our members who met through their shared love of cycling. Pamela and John White prove that simply heading out together on bicycles can be the start of something very special.

Pamela and John, known as Jack, met in 1953 at the tender ages of 19 and 22. They came together through a cycling club, with Pamela’s sister introducing them. Jack was quick to persuade Pamela to join him on some cycling days out, and the rest, as they say, is history. The pair married a year later.

“The evening before our wedding Jack went to get a haircut and returning home he got knocked off his bike by a little girl who ran into the road, says Pamela. “She was not hurt at all but Jack hurt his shoulder and cut his head. The head wound had to be stitched and wrapped. The bandages were removed for our wedding photos and we had to have the stitches removed whilst on honeymoon. The shoulder injury meant he was unable to carry a suitcase.

“I should I have known then what the future held being married to a cyclist.”

They stayed members of the South Bucks District Association, as Cycling UK’s member groups used to be structured, and started their family.

“We were so lucky in the South Bucks DA,” says Pamela. “It was like one great big family. It was full of young couples like us, and lots of children. It had a lovely family section.

“Our two daughters, they had no other option. We went through the usual stages of a tandem, a sidecar, seats on the back of bikes.

“Then Jack bought a triplet, him on the front, the youngest, Carolyn, in the middle and Susan on the back. We even toured and hostelled with it on the Isle of Wight, taking it down to Portsmouth on the train. That was an adventure in itself!

“That week we became notorious on the island with that triplet, with motorists tooting their horns and waving. We had to stop and build sandcastles of course to keep the children happy.” 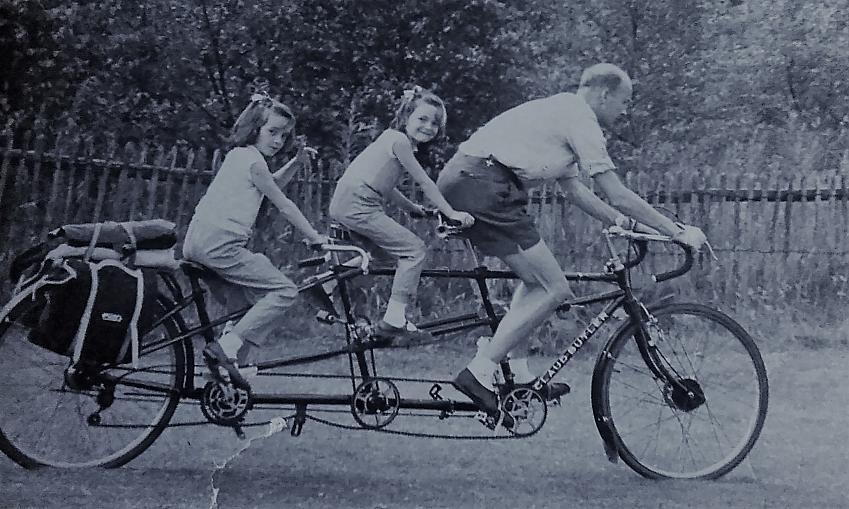 Jack with Susan and Carolyn on their triplet, 1964

Cycling created so many happy memories and continued to be a central part of Pamela and Jack’s lives – although sometimes for very different reasons.

“He’s done timetrialling, everything. He’s cycled over 250,000 miles,” says Pamela. “But for me it’s the social side of it. He’s been racing, I’ve been marshalling, and making the cakes and teas. I’ve never been competitive!

Pamela and Jack have also seen cycling change completely over the decades. 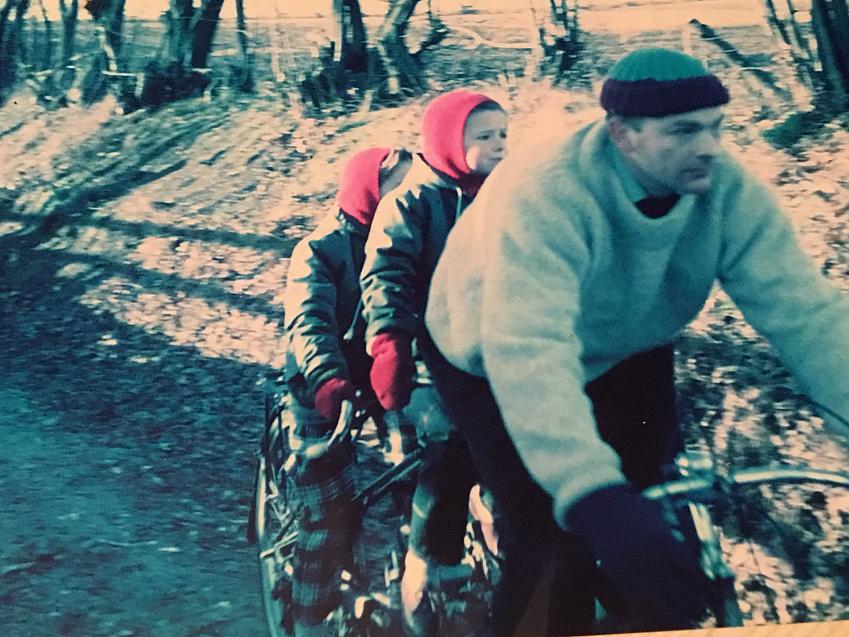 “The bikes, the equipment, the clothing, everything!” Pamela says. “Hostelling has changed too; you used to have to get there under your own steam and now almost everyone uses cars. I think it’s changed for the worse, but that’s probably just a sign of growing older!”

Pamela says it’s in his blood. “It’s lovely to think it’s carrying on.”

Today Pamela and Jack live in Ludlow, Shropshire, where they try and keep up their mileage. Jack is a life member of Cycling UK – and showing no sign of slowing down just yet.

“I do think it’s been incredibly beneficial; all the cycling we’ve done in the past has definitely paid off now in our general health,” says Pamela. “I’ve heard it said that cyclists appear ten years younger than someone of a similar age.” 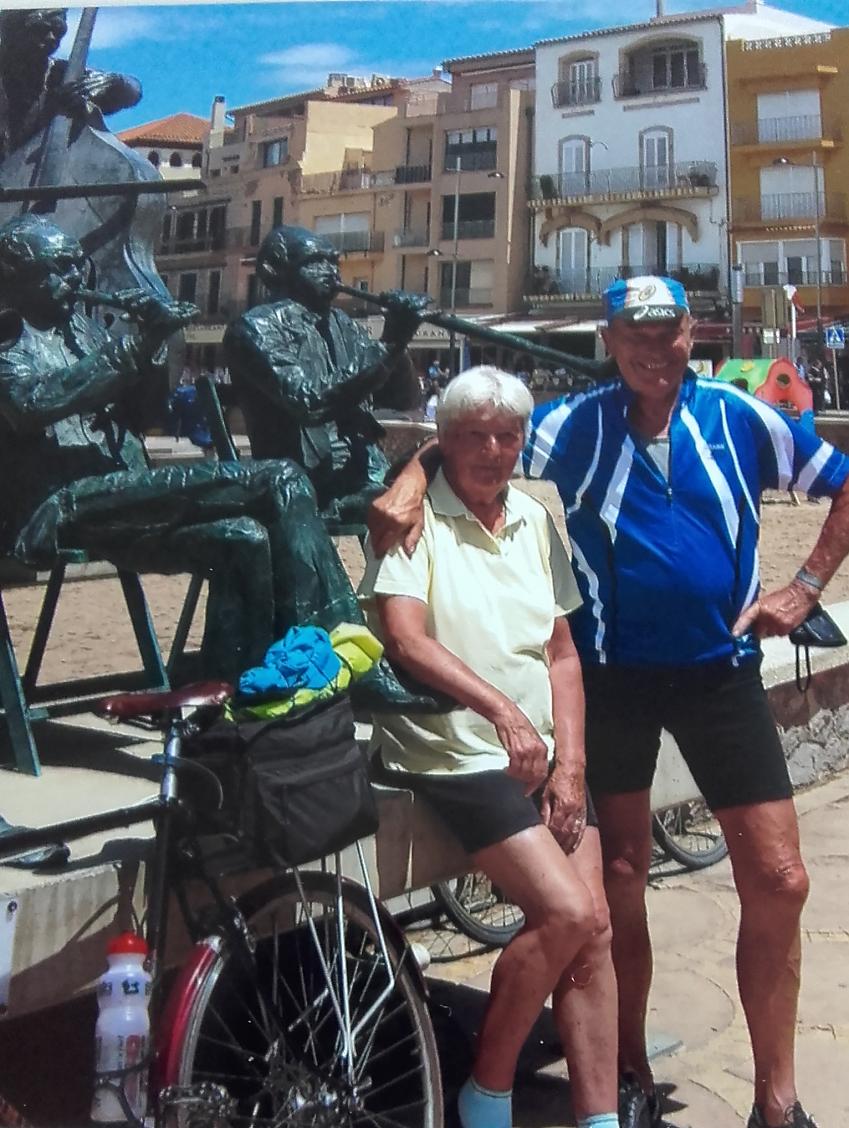 Pamela and Jack in L'Escala, Spain

Jack cycled Mont Ventoux aged 73, and then went back and did it again at 83. Pamela secretly thinks he’s a bit mad, but perhaps their secret to happiness is that little bit time apart. Now on their continental holidays, they have cycling days together, and then days apart with Pamela pottering around the local village whilst Jack goes on more strenuous rides.

Now, as they approach their 64th wedding anniversary in July, Pamela says what I’m sure lots of our Cycling UK couples hope to one day: “We’re still married and we’re still cycling.”

Chief Exec Paul takes to his tandem to discover the cycling treasures of Cheshire View
Cycling UK continues to support the UK to cycle
This remains true during this difficult period with the ongoing threat of coronavirus Covid-19
Read our latest advice on cycling
Join Cycling UK to help us change lives and communities through cycling
Membership gives you peace of mind insurance, discounts in cycle shops, rides & routes
Join now