Resurrection Bikes is 2018's winner in the Best Community Project category for Cycling UK's Volunteers of the Year Awards.

Resurrection Bikes was also nominated and shortlisted in our 2017 Volunteer Awards!

John Rowe first had the idea for Resurrection Bikes when he reconditioned a bike in his garage to provide money for his daughter’s gap year. Since receiving Lottery funding in 2014, Resurrection Bikes has grown to accommodate 30 volunteers and more, and is open 4 days a week to the general public. In 2017, 1,112 bikes were donated and 537 sold cheaply, raising £35,000 to give away to other charities including Aid to Eastern Europe, Neema Crafts and In2Out – a faith-based community chaplaincy that helps young people leaving prison to get involved in their community.

Resurrection Bikes is run purely on volunteers, and has achieved an amazing amount in the last year, including their work with young people of all walks of life. 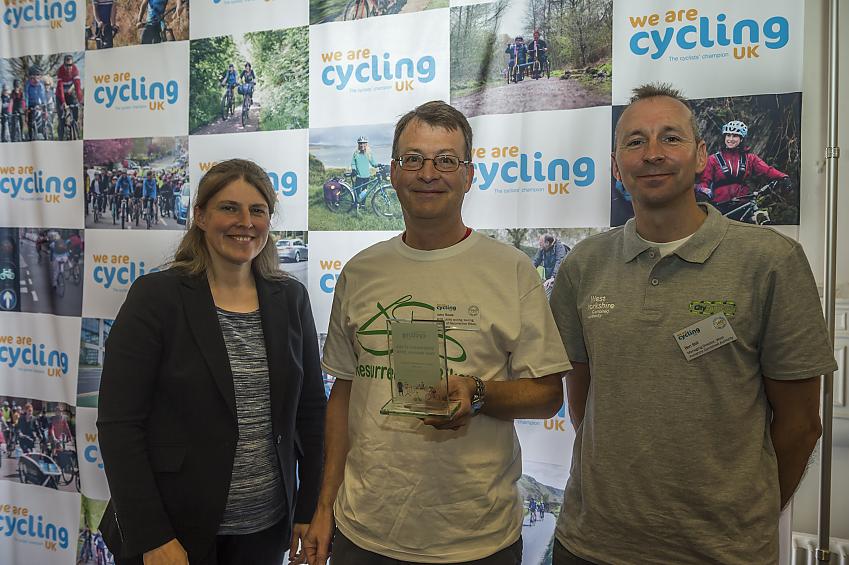 John Rowe picks up the award for Resurrection Bikes

John said: “It was a great feeling when we found out we had won as it really recognises the hundreds of hours of time spent by our volunteers cleaning up and fixing the bikes we have had donated, as well as the generosity of donors and customers that makes the whole project possible.

“We still have a lot to do in Harrogate to build awareness so that unwanted bikes don’t end up rotting in sheds or going to the tip, and to keep repeating Big Bike Revival events so that people are able to keep their bikes running safely.

“We have a great team and we will keep building their expertise and numbers, so we can fix more bikes and keep up with demand as we become better known.”

Alex Cuppleditch, Head of Volunteering at Cycling UK said: “Resurrection Bikes is a real success story, giving new life to old bikes and getting more people out cycling in the process.

“We wish John and the team all the best for the future and hope to continue having them as a Big Bike Revival partner.”

Cycling UK's Volunteer of the Year Awards are given annually to recognise and celebrate all the incredible work volunteers do in encouraging others to start cycling and keep cycling. 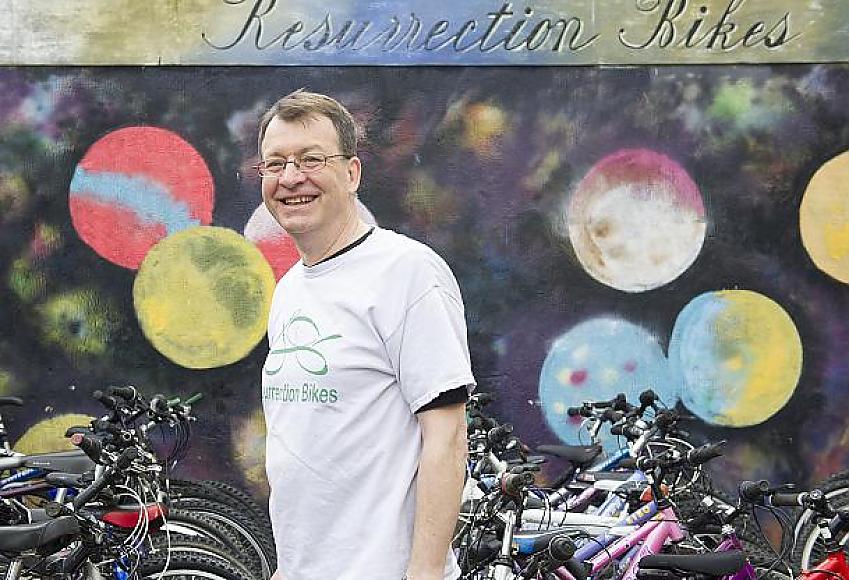 Find out more about Resurrection Bikes