Alison Paterson was named as Cycling UK’s 100 Women in Cycling 2018 and has shared how through cycling she lost three-stone in weight, runs a cycling club and has an active social life.

Alison is almost always on her bike – but it hasn’t always been that way. For a long time, the 51-year-old from East Durham was busy raising children, dealing with a stressful job and a divorce. Her passion for pedalling and was sadly side-lined.

It was only through a friend in March 2017 that she started to consider the idea of picking up a bike again.

Alison said “My friend Heather was always out riding, and I just didn’t get it, she was constantly on her bike. One day, she turned around and said, just come on a little ride with me. So, I thought why not, what have I got to lose?

“I borrowed a bike that was in poor health – an old, rusty thing, which only had three gears and I jumped on it and headed out for a ride. After three and a half miles out cycling together I honestly thought I was going to die. I was so tired. I didn’t understand why people loved it as much as they did, it felt like a real slog.”

“I then started to attend the cycling club Cycle East Durham run by Heather on a Saturday morning and huffed and puffed along with them for a good few weeks, on the old borrowed bike”.

Although it was hard work she continued to push ahead. To aid her fitness she attended the local gym and bought herself a new bike, which she felt transformed her cycling experience as it felt much better to ride.

As she continued to attend the cycling club Alison found she made lots of new friends and could go for longer and longer distances. She then trained on the Cycling UK tour leader course and became a helper in leading the group.

Circumstances changed however, and Heather had to move away so Alison began to run the cycling club on her own. Cycle East Durham is now a thriving ladies group and it’s continuing to grow all the time. Everyone who attends has a mixture of riding experience and there are many who haven’t picked up a bike for years. 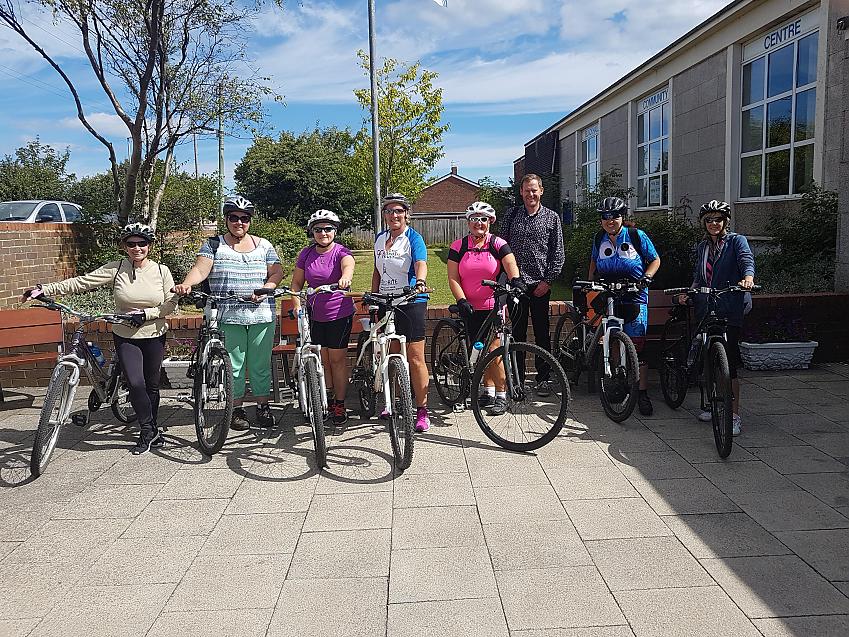 The weight was starting to fly off too and Alison had contracted the cycling bug. She became more and more geeky about her miles and wanted to push herself further. Finding Cycle North East cycling group meant she could so go for longer rides without the responsibility of leading a group so now enjoys both.

She said, “To be honest, I like to go where the cycling is, it’s great fun and has become a huge source of friendships.” 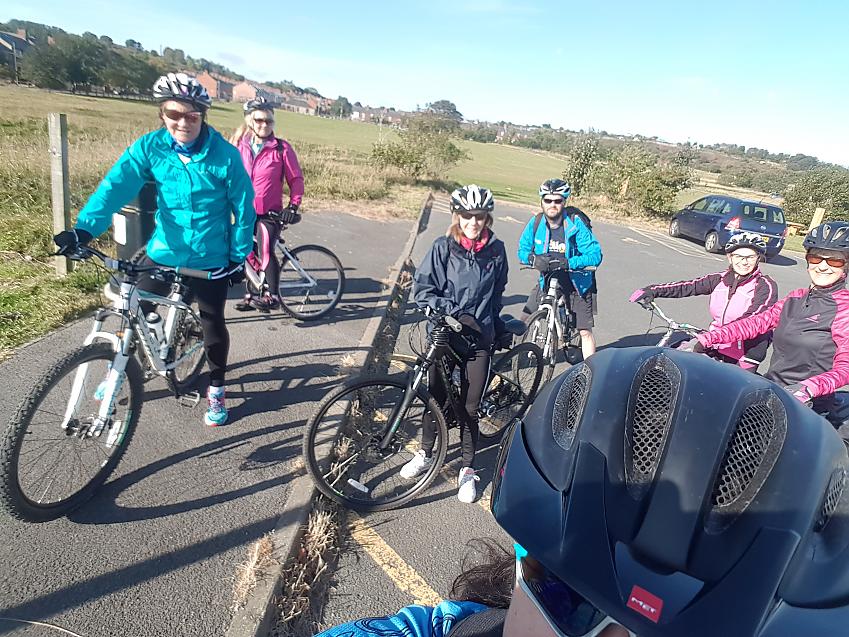 Alison cycling with her new friends

One of Alison’s earliest memories is of her enjoying her bike.

She said “As a young girl I adored riding a bike and would be scooting around at every opportunity.

“I can even recall the very first time I placed myself on the saddle and put my fingers over the handlebars, back then I rode a trike – it was something my parents had bought specially for me.

“My parents walked everywhere, they didn’t own a car. I remember my dad dragging me alongside them on the trike until I could get used to it – and that didn’t take long. It was definitely love at first wheels, so I blame my Dad for getting me into this.”

Her father helped her to lose weight as at one point she weighed more than him and remembered thinking, "I can’t weigh more than my dad, so I made it my mission to shed the pounds."

Tragically, her father died and despite this the weight has stayed off and her drive is stronger than ever.

Cycle East Durham is now a big part of her life and she hopes it will be for a long time. Now she’s holding maintenance sessions to teach the club members, how fix, mend and repair their bikes, as well as give them to skills and confidence to ride. In addition, Alison has secured 10 unused bikes from the local council and stores them in her local parish church, so anyone can enjoy riding with the club whether they own a bike or not.

In 2018 she was nominated as one of Cycling UK’s 100 Women in Cycling for helping women across County Durham rediscover cycling as she did.

She said “Cycling is with me to stay. I love where it takes me. I have cycled around so many new places and seen new things. I just really want to do more and more stuff. It’s been a good journey which I hope will continue to lead to new experiences though cycling. Getting back on my bike has transformed my life.”