Melanie’s incredible weight loss all down to the bike

Melanie’s incredible weight loss all down to the bike

Mel used to dread having her photo taken and would often hide behind the lens; being a photographer, she always had the perfect excuse. In this rare photo, you can see before she took on her weight loss journey, alongside how she looks today.

Mel before and after she lost weight

At her heaviest, Mel weighed 19 stone and says the idea of being on camera filled her with dread.

After looking in the mirror one day, she decided she wanted to change.

Without help or advice from any professionals and not knowing what it was like to go cycling in her area, Mel picked up her bike for the first time and just went for a ride.

She said, “At first I was really slow as I hadn’t done much cycling since I was a young girl and even then, I really only used to go cycling to get from A to B rather than go out for the thrill of it.

“I’d never done ‘proper’ cycling before and certainly never tackled hills. Going out for the first time on my trusty heavy duty bike, a Pashley Parabike changed everything.

“Although I’ve also controlled my diet much more, it’s the cycling that really does it for me, being at one with the countryside. You miss so much in the car like the colours of the trees right now and just the incredible places you can’t access by road.

“I never used a personal trainer, it was just me and my bike and it feels really natural to be by myself, enjoying lots of head space and cycling along the open road.”

That Christmas Mel persuaded her husband to buy her a racing bike, which he gifted to her early so she could take on the Rapha 500. It was the first she’d ever done on a racing bike and she loved how much lighter it was to ride.

Encouraged by her new-found love for the bike, she also founded the Deeping Lady Riders – a cycling group that’s still going strong today. At Christmas they go for an ‘elf ride’ and decorate the bikes with tinsel, fairy lights and attach a jingle bell to the saddle. 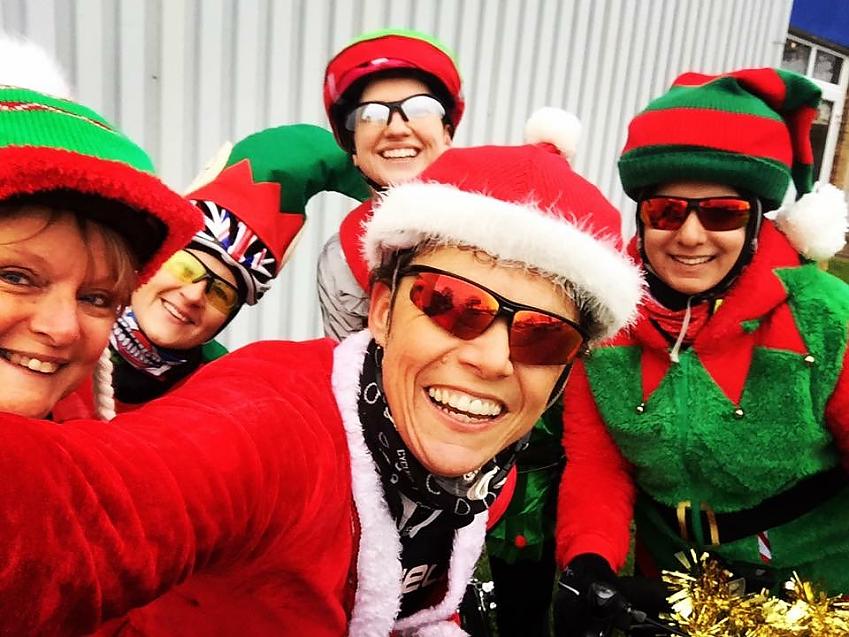 Mel said, “Young girls are in teams now, more so than they were 10 years ago and more money is being put into women’s cycling, which is great".

Then in 2018 she scooped up the accolade of one of Cycling UK’s 100 Women in Cycling for her amazing personal journey and for everything she has achieved in helping and inspiring other women to cycle.

I thought to myself if I don’t sort it out now, it might never get sorted. I’ve found it much harder to lose weight in my 40s and it takes a lot more effort – but it’s really worth it.

In 2019, Mel plans to take on the Tour of Cambridge time trial. Now she is happier and more confident, and has dropped from a size 22 to a size 12. Throughout all she has maintained her new shape and said about her journey, “If I decide I’m going to go out and do something then I’ll do it. I just decided that was what I wanted to do. I thought to myself if I don’t sort it out now, it might never get sorted. I’ve found it much harder to lose weight in my 40s and it takes a lot more effort – but it’s really worth it.”