Bike commuting is big in London, so it’s not really surprising that this year’s London Bike Show at Excel, running from 29 - 31 March, gives the public the chance to try out a wide of range commuting, road and leisure style e-bikes.

In particular it’s noticeable that folding e-bikes were at the forefront when I visited the show on the Friday. Gocycle have chosen the show to launch their fully folding GX model, which hinges in the middle of the monocoque style frame. It’s a unique piece of innovative design with practical features like side-mounting ‘pitstop’ wheels and a fully enclosed drivetrain and a host of optional accessories including integrated lighting, front and rear luggage racks and mudguards. It has a removable, in-frame battery and the company’s own design of front hub motor. 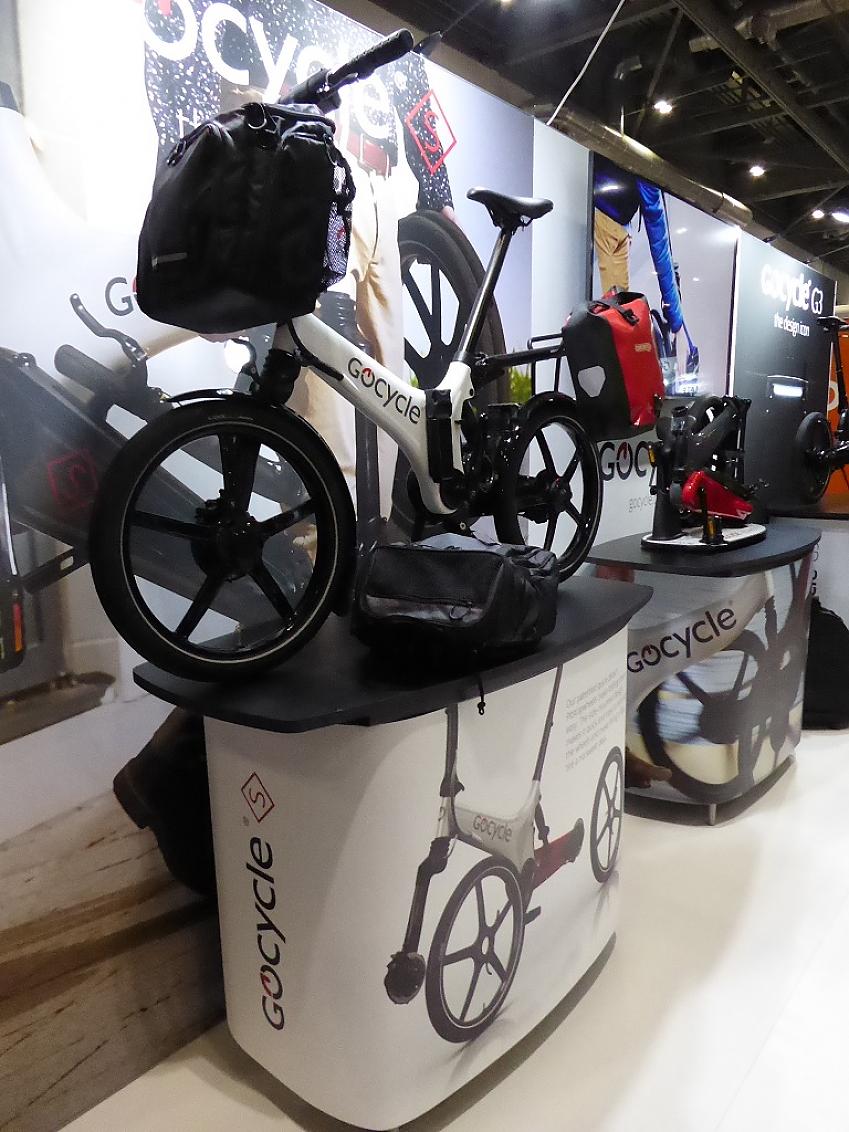 The Brompton Electric appeared last year in relatively small numbers but it now appears the bike is being rolled out to a much bigger audience with a steady supply of the electric version of one of the UK’s most famous exports appearing on the test track. You still get one of the quickest and most compact folding bikes in the world, as their electric version folds to more or less the same dimensions as the non-electric. Like the GoCycle GX it uses a front hub motor but Brompton have cleverly mounted the battery on the front where the luggage bag sits, making it easily removable for added portability (though at the sacrifice of some luggage space). 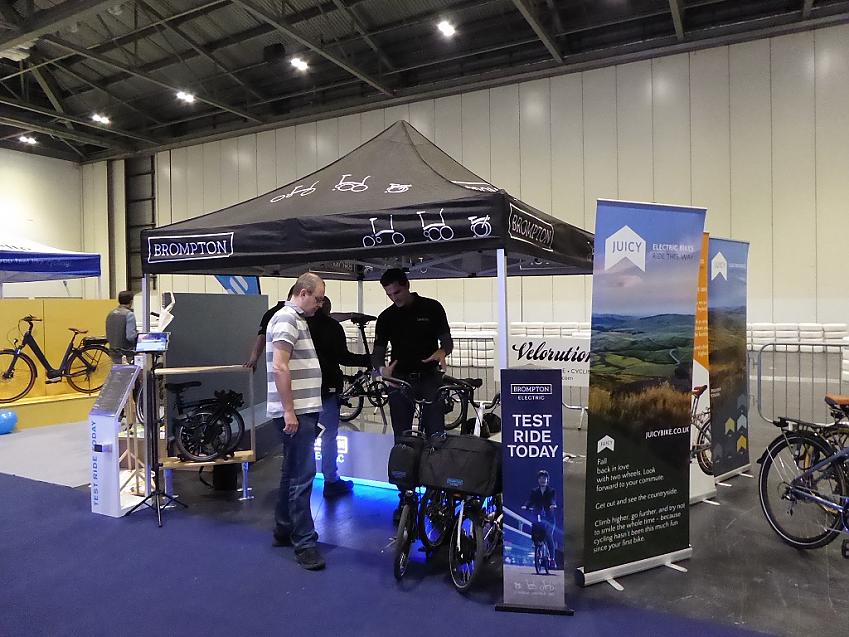 For a real lightweight, low maintenance option the Hummingbird Electric is also worth a look, not least because Hummingbird claim to be the lightest folding bikes in the world. Hummingbird have neatly sidestepped the complexity of adding wire runs to folding bikes by using a Zehus ‘all in one’ rear hub, which contains all the elements needed to power the bike, including the battery. The claimed weight is an incredible 10.3kg. 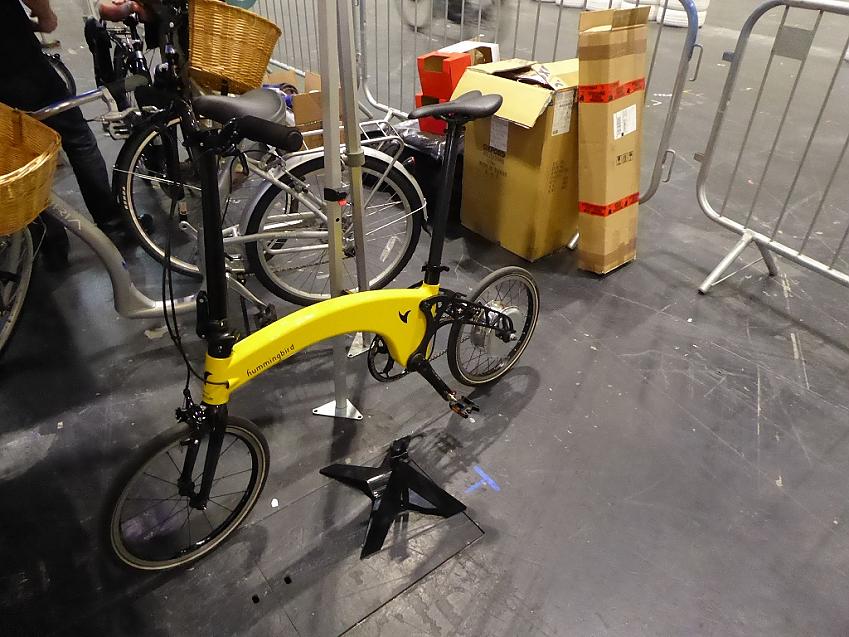 The Hummingbird e-folder claims to weigh little more than 10kg

There were also plenty of sleek and desirable urban e-bikes (this being London, cycling has a large element of looking fashionable about it – and why not), plus some designs that looked oh so practical.

Headline news was Ribble’s launch of four lightweight electric bikes. As you would expect from a company known for quality but value-for-money racing bikes, drop handlebar models were present in three out of the four models launched, the Endurance Sle and the CGR Ale (Road and Trail options) with the flat bar Hybrid Ale completing the range. The rear hub motor and in-frame batteries common to all models are very discreet and, allied with a single push button power control on top of the top tube, it’s very hard to tell these are electric bikes. Similar style models were on display from the likes of Orbea. 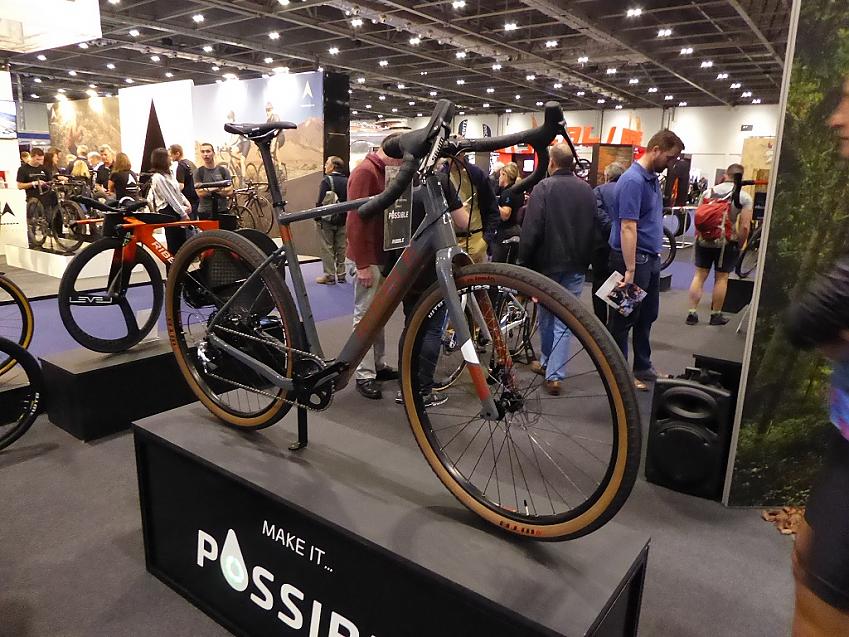 ARCC Innovations make their own very sophisticated electric assist system, and whilst they started life by targeting Brompton and Moulton owners, the London show sees the introduction of their own design larger wheeled models, the Rosemont and the Abingdon, with frames handbuilt at their Cambridge factory with 4130 steel tubing giving that thin elegant look, whilst maintaining great frame stiffness and strength without compromising on a comfortable ride. High quality components include a torque sensor and a wireless power control on the handlebars. Stated weight for both models is 14.5kg. 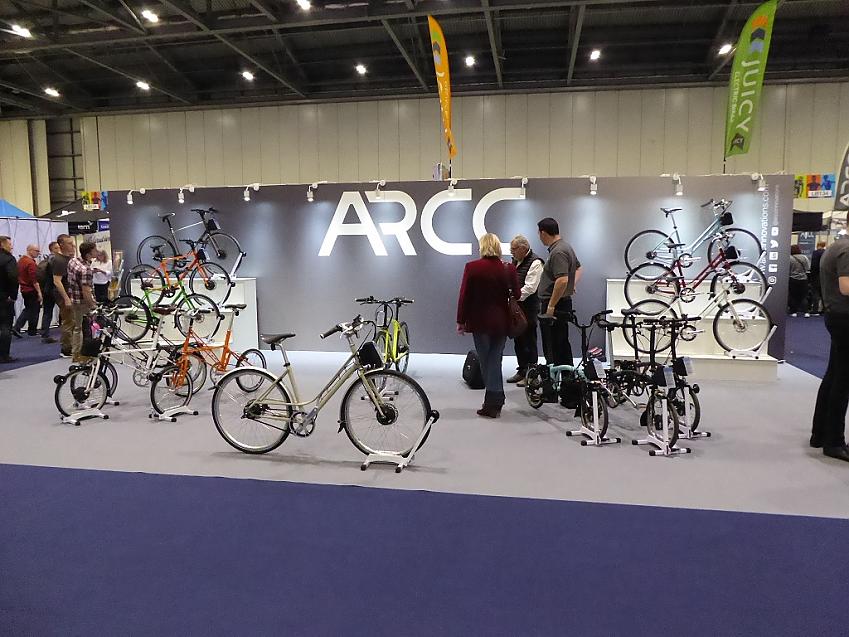 It’s always refreshing to see a genuinely new design aimed at getting more people riding bikes or e-bikes and Southsea Bikes have done just that in the form of their ultra-low step-through model the Biria Easy Boarding 7. It comes in electric and non-electric versions, former being created by Southsea who have added a Promovec motor and battery. Chatting with Southsea it was clear they saw a wide market for this; not just older riders but also those who, for whatever reason, can’t or really don’t want to raise a leg over any kind of frame. That might include those with injuries or disabled riders. 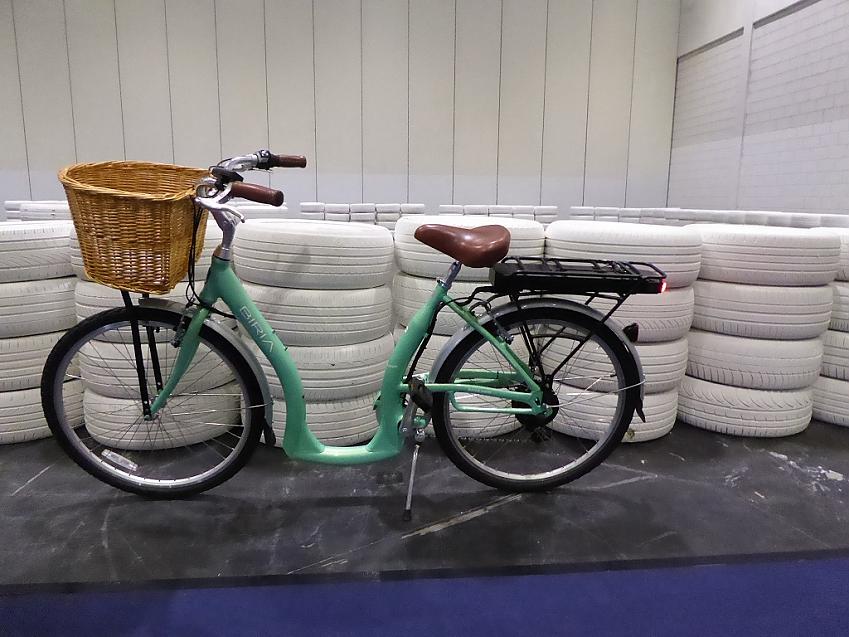 Also looking to carve a unique practical niche is the Tern GSD, and getting plenty of eager test riders on the test track, often with a passenger riding pillion style on the ‘longtail’ rear rack. Tern describe it as a ‘compact utility bike for families’ and it’s been a success since its launch because not just because it’s a fun and practical form of family transport but because it has also very successfully been marketed as an e-cargo bike in its own right to the small business community.

Other notable e-bikes that get an honourable mention for tempting riders on the rest track include the sit and beg Dutch bike specialists Gazelle, funky looking French brand O2feel and established name Ridgeback (interestingly available through a range of IBDs online at freewheel.co.uk – including reduced price ex display models – the Freewheel stand also appearing to be doing good business at the show).

It was refreshing to see many of the above models available for purchase on the day at the sizeable stand of Velorution who stock a huge number of e-bikes at their chain of shops throughout London. 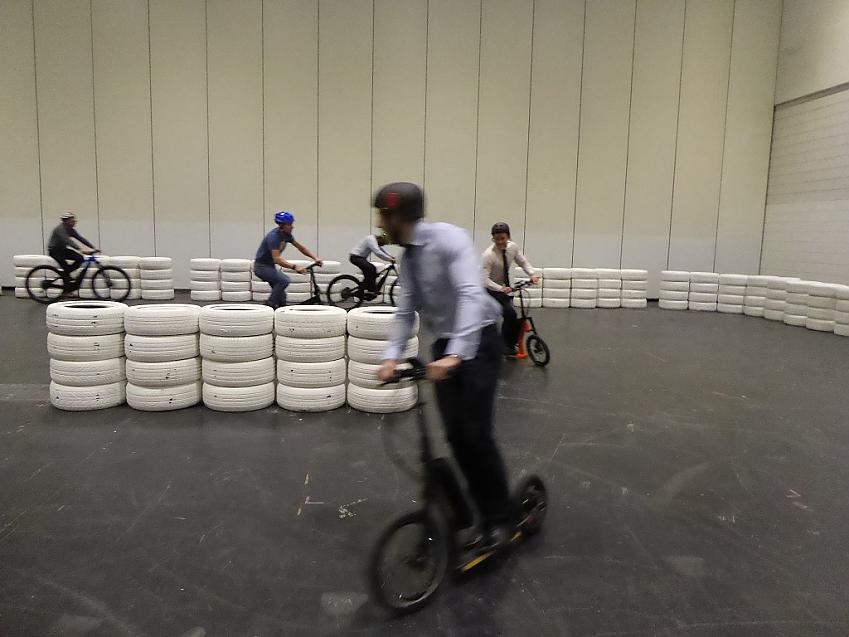 Electric scooters on the test track

There was perhaps a hint of the way that the show may change in the future. Electric kickscooters were there and being used on the test track, and despite their illegality in public spaces they can be seen being used on London bike paths and appear to be tolerated. With e-kickscooters becoming legal in Germany and their legalisation being hinted at in Westminster, could the London Bike Show morph into an electric micromobility show the type of which are already appearing on the continent? It was certainly noticeable that e-mtb test models were largely absent from the test track, perhaps a strategic decision by many e-bike brands to let them loose at London’s main competitor, The Cycle Show, held in Birmingham in September and featuring a specially built e-mtb track.

A guide to e-bike batteries View

London Bike Show: What to see this weekend View
Cycling UK continues to support the UK to cycle
This remains true during this difficult period with the ongoing threat of coronavirus Covid-19
Read our latest advice on cycling