How cycling helps NHS staff to be heroes

How cycling helps NHS staff to be heroes

Bike Week 2020 is all about health and wellbeing, and this year, the coronavirus pandemic has shone the spotlight on the key workers who have been at the front line of the fight against the virus.

To recognise their hard work and dedication, Cycling UK offered three months’ free membership to health and social care workers. By the time the offer closed at the end of May, almost 3,000 people had taken up the offer, and our #keepthewheelsturning campaign raised £27,000.

Cycling plays a vital role in getting these vital staff to their workplaces – UK governments are asking people to walk or cycle whenever possible, to reduce the pressure on public transport – but offers more than that. We spoke to three NHS workers who find that cycling is not just a healthy mode of transport, but also a valuable way to destress and maintain their mental health in these incredibly challenging times.

Mónica is an A&E nurse at Chelsea & Westminster Hospital. When the pandemic struck, her initial concern was for other people: “I travelled to work by Tube, but I was worried about exposing other people to the virus, because at work I would come into contact with Covid-19 patients,” she says. “I remembered my old bike covered in cobwebs and decided to dust it off and give it a try.”

She had tried doing her six-mile commute by bike once or twice before, but was put off by the traffic, so the quieter roads during lockdown gave her a perfect opportunity to build her confidence, and soon she was loving the new perspective cycling gave her.

“I travel through Regent’s Park and Hyde Park, and there are so many things you notice, instead of just staring at your phone on the train. When you are on a bike people even talk to each other," she said.

With shifts lasting 12 hours or more during the crisis, Mónica also finds cycling boosts her energy levels: “I start my shift with so much energy now – I don’t feel exhausted like I used to.”

The cycling bug has now bitten, and as well as her daily commute, Mónica has recently managed a 60km ride into the countryside. Her Bike Week message is clear: “I’d encourage everyone to use the opportunity to pick up your dusty bike and give cycling a go!” 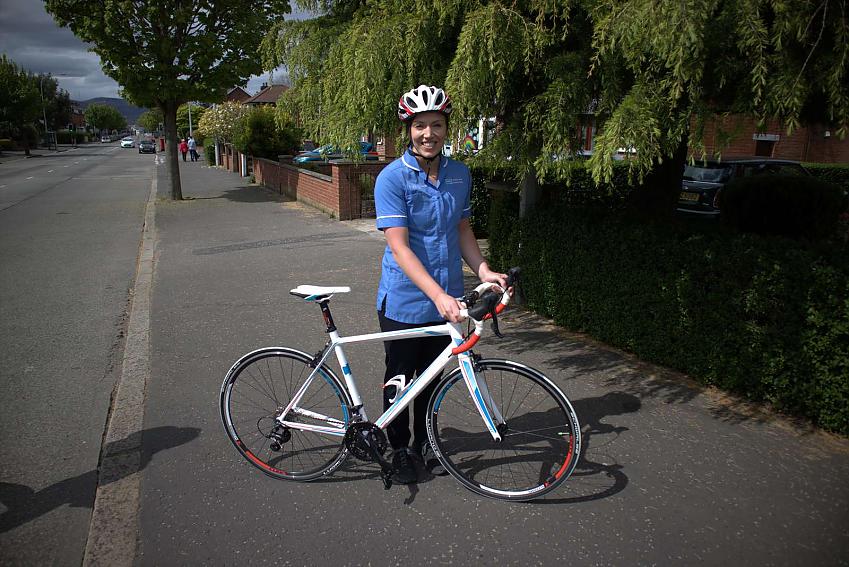 Emma Kerrigan with her bike in Belfast

It’s the first thing I do when I come home: jump on my bike, get out and ride and just destress. It really helps to clear my head

Emma is ward manager in the haematology unit at the Ulster Hospital, where she says it has been “all hands on deck” since the crisis began. For her, the importance of cycling is not so much for commuting (although she is trying to ride to work more) but for destressing afterwards.

“Because we’ve been so busy at work I’ve found I’ve been out on my bike so much more. It’s the first thing I do when I come home: jump on my bike, get out and ride and just destress. It really helps to clear my head.

“The fresh air is vital too: at the hospital you’re indoors and wearing a mask all day, so it’s just great to feel the wind on your face!” 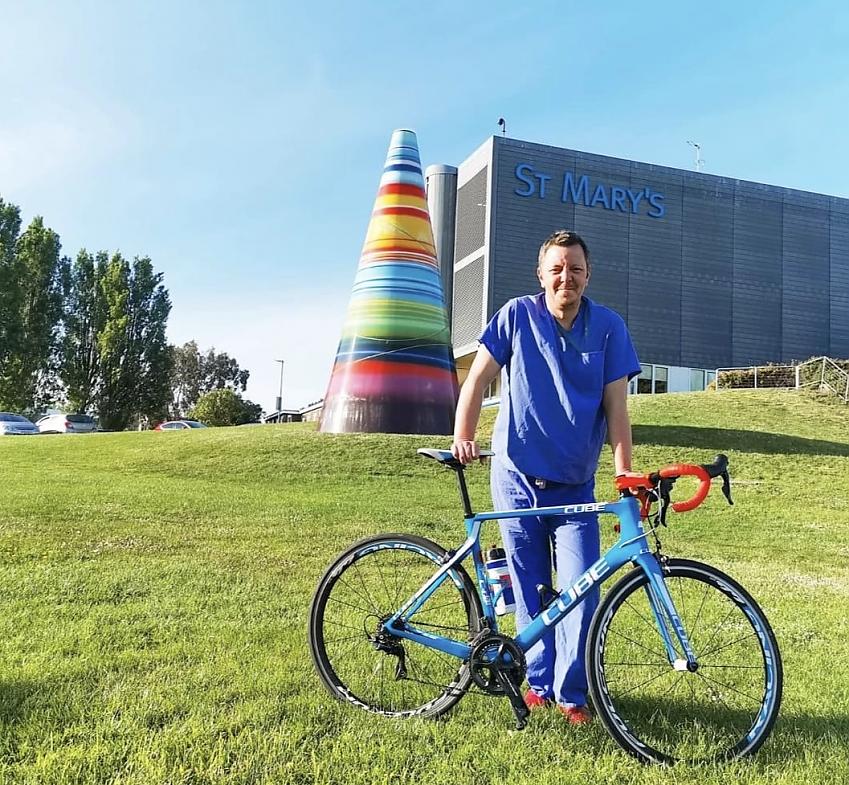 Originally from Galway in Ireland, James is a theatre support worker at St Mary’s Hospital in Newport. He has long been a keen cyclist – “I moved to London in 2012 and since I’ve been living in the UK I haven’t driven a car,” he says – but in recent months he has found his 11-mile commute from Ventnor even more important.

“Because of Covid-19 I’ve been working extra long shifts. You’re cooped up inside, and the theatre has no windows. That 40 minutes on the bike is vital,” he explains. “When you’re riding, there’s nothing in your head except the few metres of road in front of you.

“I try never to take my personal life into work or work into my personal life, and getting on the bike really helps to provide that separation and allow me to switch off.”

You don’t have to be an NHS worker to be a cycling hero: simply by hopping on your bike instead of using the car or public transport, you can help to make more space for key workers, and keep the roads clearer for our emergency services. Whatever you get up to on your bike, share pictures and videos using the hashtags #7daysofcycling and #BikeWeekUK for a chance to win great prizes.

NHS workers are even more amazing by bike View