The Waterford Greenway opened a year ago, and yet cycling on it today you’d be forgiven for thinking it has been part of the landscape – and the community – for years. I was visiting a friend near Cork when she suggested we ride it together.

Running 46km from Waterford City to Dungarvon, via Kilmacthomas, the former railway-turned greenway was an unexpected gem. It was a mixture of sun and rain when my friend, also called Laura, and I set out to explore it.

We hired an ebike for Laura and a Liv hybrid bike for me; as she hadn’t cycled for some time this meant we could comfortably ride together. Handily, Waterford Greenway Bike Hire operates a free minibus shuttle between Waterford, Kilmacthomas and Dungarvon, to take us back to the campsite at the end.

The views just out of Kilmacthomas are perhaps the route’s most spectacular, as we climbed gently alongside the Atlantic Ocean from the pretty town, the water sparkling in the midday sun. We stopped to chat to a retired American couple, beguiled by the area’s beauty and its people, before crossing the Ballyvoile viaduct, restored for the Greenway, and riding the smooth tarmac into a deep cut in the hillside, covered in rich green ferns and moss. Tiny fairy doors, installed by local school children, give the shady place a mystical feel, as we headed underground for 400m into the Durrow rail tunnel. Emerging into the warm air we then crossed the stunning Durrow viaduct – a rail bridge over a road bridge over a river – with its treetop views.

These are two of the remarkable historical engineering elements on Ireland’s longest greenway, which also boasts purpose-built bridges and tunnels. Well-marked road crossings knit a route I’d be happy to take old and young family members on.

The Comeragh Mountains come into view on the left hand side, their red and green flanks changing gently with the light as we pass. After dipping under the N25 in a purpose built tunnel, we emerge at Kilmacthomas, which has been given a new lease of life thanks to the Greenway.

Kilmacthomas’ former workhouse, whose small morgue is still intact, is now a happier complex, boasting a bustling café with delicious fare, as well as bike hire. It’s also popular with campervan users. A recent user survey shows 41% of visitors spend money during their trip, undoubtedly many of them here, and 35% stay one night in the area.

We followed the route to Kilmeaden railway station, now the start of a narrow gauge railway between Clamarty and Waterford city. An old train carriage has become a café, and we followed the platform, and past old train engines, to meet the River Suir, with a number of gantry bridges, crossing side streams and rivers. We waved at passengers on the tiny train, when it passed. 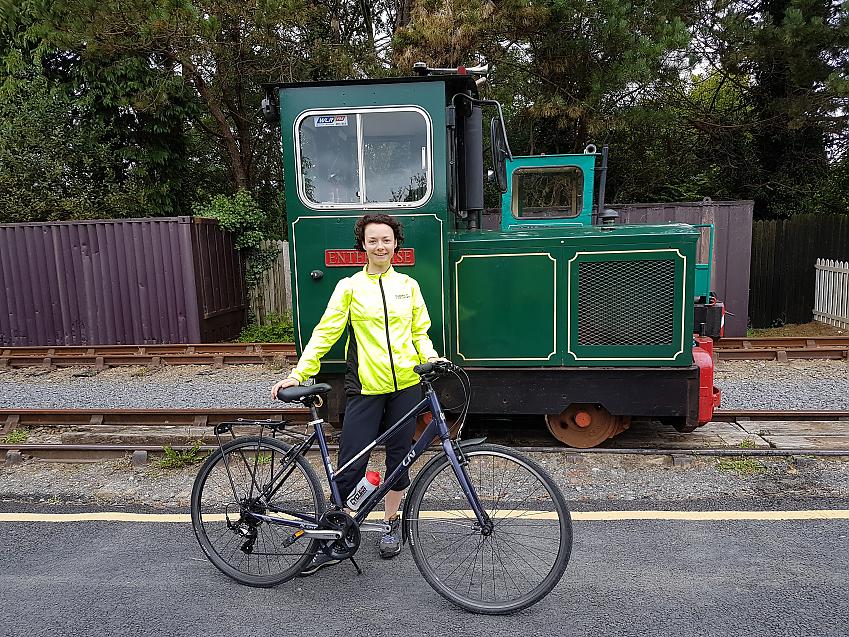 Laura Laker on the Waterford Greenway

Counters on the route show 250,000 people visited the Greenway within its first nine months; 64% of users came from Waterford, 35% from elsewhere in Ireland, and 2%, like me, from overseas. 68% of visitors said the Greenway was the main reason for visiting the area, but 15% are local people who visit the Greenway daily, and 27% weekly.

Families use it the most, with the opportunity for family time, and exercise, among the top benefits users identified.

As successful as it is now, the Greenway nearly didn’t happen: it was very close to falling from public into private ownership.

Under Irish law, if land has been used uncontested for 12 years, ownership transfers to the person using it – “something similar to squatters rights”, says Waterford City and County Council CEO, Michael Walsh – the man responsible for saving it.

For Walsh, the Greenway has symbolic significance, physically linking two recently merged councils – Waterford City Council at one end of the line, and Waterford County Council, based in Dungarvan, at the other.

He says: “This was a unifying project if you like.”

However, they were hampered by “landowners who organised as a group” and, says Walsh, “metaphorically speaking the wheel went around on the computer, in the legal sense.”

In Waterford dairy farms are a major industry and a powerful local force, but a “significant groundswell of public support”, built by campaign group Deise Greenway, gave Walsh and his colleagues the mandate to work with 120 or so landowners to reach an agreement.

Walsh says: “We would have been very clear in terms of stating the economic potential and level of amenity and public health and other benefits; that this was logical in every sense, and … we were going to drive this through one way or the other.”

The route finally opened on 25 March 2017, 50 years to the day that the last passenger train ran on the line.

The quality is impressive, thanks to Walsh, who wanted to keep long-term maintenance costs down.

“It is a route that will be there forever,” says Walsh. “We don’t have an awful lot of good quality greenways in Ireland, and it gives us the opportunity to [create a showcase].”

The total cost was “€17 or 18 million”, according to Walsh, three or four million euros of which came from Central Government’s national cycle network funding.

In the future, the Council hopes to have signage along the route and trail heads, telling the rich history and heritage of the area, as well as kilometre markers, bike parking, seating and play areas.

I was struck by just how much they have achieved on this route. There are no bad bits – no places where riders have to interact with traffic, save for a short section at Waterford City. The legacy of this hard-won fight is an already popular route which displays the area’s varied natural beauty, from the coast and cliffs at Dungarvon, through fields with views across to the stunning Comeragh Mountains, to the riverside into Waterford. This is a free, accessible facility local people and visitors of all abilities and ages will be able to enjoy, and benefit from, for generations to come.

Michael Walsh, and Deise Greenway, would now like to see further traffic-free cycling and walking routes across Ireland. Perhaps they’re on to something. 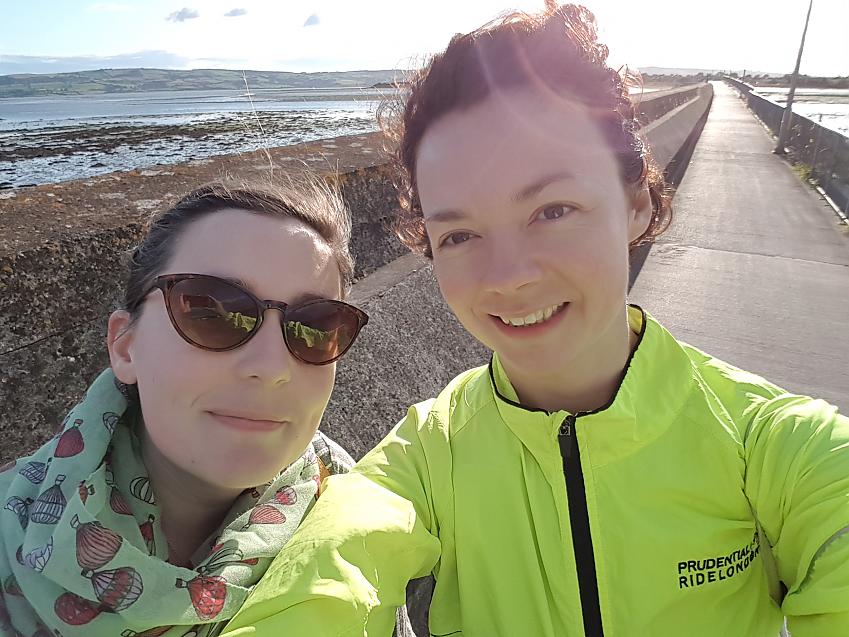 Conditions: All off road; flat tarmac, with some light gravel at the Waterford City end

I’m glad I had: a light, windproof jacket

Next time I would bring: a rucksack or pannier bag for the hire bikes