Approval has been granted for a new multi-user trail between Garsdale station and Hawes in the Yorkshire Dales. Off-road campaigns officer Sophie Gordon explains that as well as being a fantastic resource for local people, this exciting development will also be an improvement for Cycling UK's long-distance Great North Trail

The Yorkshire Dales National Park Authority has confirmed its support for proposals to transform a disused railway line between Garsdale station and Hawes into a traffic-free multi-user trail. The plans were discussed at the Authority’s annual general meeting on 28 June, following a public survey carried out in the spring.

A total of 2,261 individual responses were received to the survey, people identifying as parents, grandparents and those with limited mobility expressed strong support for the proposal.

Some survey respondents were concerned that the railway trackbed should be protected in the hope of the line being reinstated in the future. However, the National Park Authority emphasised that this is not within their capacity, and with the railway closing over 60 years ago it is time to look at other options to make use of it for public benefit.

Chief executive of the National Park Authority, David Butterworth, explained at the meeting: “We can either look to work with partners and others to develop a multi-use route or we can do nothing other than try to protect the route in the hope that at some future date, the political will and the finance might be available to reinstate the railway.” 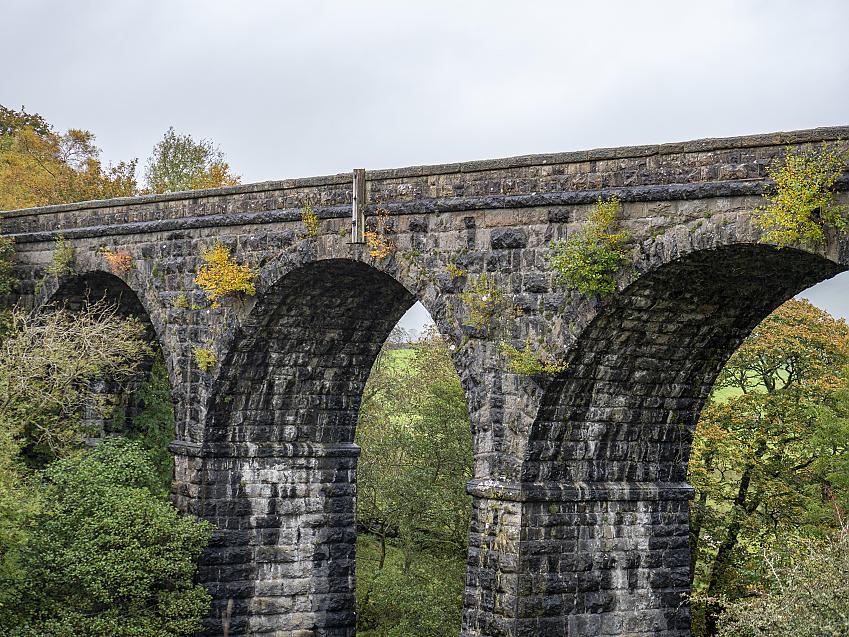 Chair of the National Park Authority, Neil Heseltine, said: “Members of the Authority made the point that it was no longer responsible to keep waiting in vain for railway reinstatement and that the route should be used by today’s generation of walkers, horse riders and cyclists.

“Four out of five of the more than two thousand people who responded to the survey said they supported the proposal.  I would like their views to be heard.

“Three responses sum it up for me.  One said: ‘We need safe routes for people of all ages and abilities to enjoy the outdoors and to promote healthy lifestyles. I feel this is especially important as a father, as I’d like my children to enjoy these benefits.’  Another said: ‘Horse riders are normally women and children. It is too dangerous to ride on roads and too many of us and our horses are being killed each year.’  And another person said: ‘My mobility has become limited so a trail that is level to allow a mobility scooter would be wonderful.’”

Cycling UK member Nicola Brooks who lives nearby was thrilled by the news: “It's so great to hear the route has been approved by the Parks Authority. An accessible traffic free route is something we are sorely lacking in the Dales and this is such a great opportunity. Having a young daughter I am really excited to think she will have somewhere safe and easy to practice her cycling.” 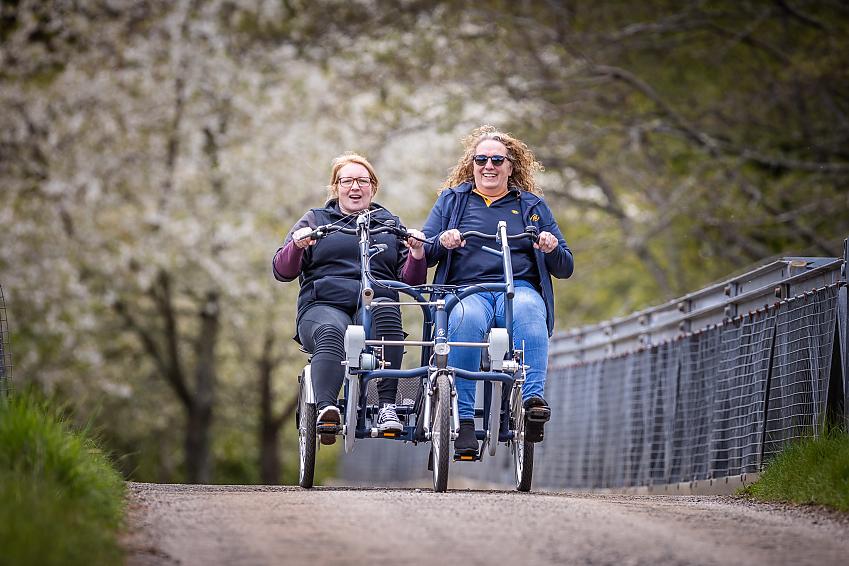 This disused railway line between Garsdale and Hawes was one of three key changes Cycling UK highlighted back in 2020 which would make the epic Great North Trail off-road route even better. This new multi-user path will mean that anyone wishing to stop over in Hawes will be able to rejoin the Great North Trail without having to cycle along the busy A684.

As Cycling UK’s head of campaigns Duncan Dollimore pointed out at the time:

“Disused railway lines like this have so much potential for safe and enjoyable cycling and walking routes. But too often, many of them have languished for decades without being opened up.

“This five-mile route would mean people could reach the station or enjoy the National Park without having to dodge traffic on a busy A-road.”

What next for the Pennine Bridleway?

One of Cycling UK’s motivations for developing the Great North Trail was to propose an interim route to extend the Pennine Bridleway to the Scottish Border.

"The Pennine Bridleway was always intended to continue northwards into Northumberland, and a route terminating at Byrness was approved by the Secretary of State in 2002. Twenty years on and the ‘Northern Extension’ has still not had the political or financial support required to trigger its delivery on the ground. Our partners in Cumbria and Northumberland have continued to secure improvements to the bridleway network where they can, and some of these will assist in the creation of the Northern Extension.

"The Pennine Bridleway remains one of only two National Trails which is fully accessible by bike and horse, and is by far the longest. The full route, from Derbyshire to Northumberland, would offer users an even more exciting, varied and challenging long distance route. It would pass through some of the finest upland landscapes, be available throughout the year, and offer many remote rural communities opportunities to raise income from visitors and tourists.

"Development of the Northern Extension is likely to help consolidate the existing bridleway network by upgrading some footpaths to bridleways, and creating new bridleway links. This will help enable circular routes and links to other communities to be created, benefiting the local population who will use these routes for recreation close to home."

Cycling UK’s off-road adviser Kieran Foster hopes that the 10 year anniversary will prompt some reflections on the future of the Pennine Bridleway.

“The interim route Cycling UK put forward as part of the Great North Trail show that the Northern Extension is entirely doable, it just needs to be done. Only then will we be able to say that the Pennine Bridleway is fulfilling the original National Trails vision of 70 years ago: that they should be ‘continuous routes which will enable walkers and riders to travel the length and breadth of the Parks, moving as little as possible on the motor roads’."

Is there a disused railway line near you?

If you know of a disused railway line that would make a fantastic traffic-free trail please add information to our off-road cycling missing links map (if you're in England) and check out our local campaigning resources to see how you can put the wheels in motion to make it happen.

Is there a disused railway line near you that would make a fantastic traffic-free trail?

Add it to our off-road cycling missing links map (if you're in England) and check out our local campaigning resources to see how you can put the wheels in motion to make it happen.

Why the Great North Trail could be even better View