With hundreds of exhibitors, the Cycle Show can be a bit bewildering. Cycling UK’s Sam Jones attended the show before the doors were opened to the wider public and picked out his favourites.

British cyclists made history in 2018 by winning all three of the grand tours in Italy, France and Spain. The one win which most of the public will remember though is that of Welshman Geraint Thomas – and you can see the bike he rode to victory on the Champ Elysee earlier this year on the Pinarello stand. 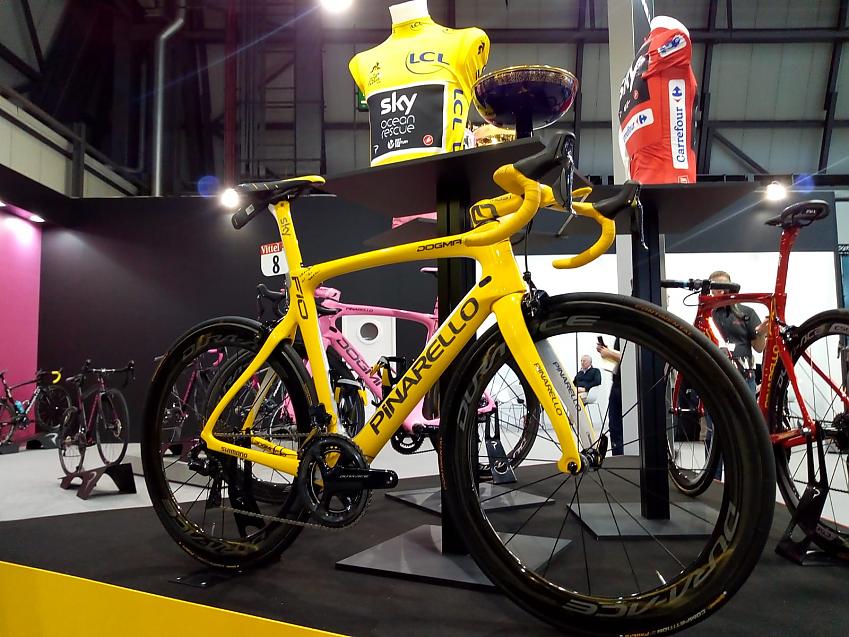 Get a good look at the bike belonging to a champion.

This start up formerly known as OXHEX is bringing cutting edge technology and research to helmet design and has the financial support of the founders of both Rapha and Brompton. Using a honeycomb structure made from Polymide 11 rather than traditional polystyrene, these helmets are purported to be twice as strong as conventional helmets, more aerodynamic and are a heat sink too – so no more sweaty head. Each helmet is custom built for the user using 3D printing technology and takes two weeks to produce costing £400.

That’s more than most people are willing to pay for a plastic lid, but having your head scanned is quite fun and you’ll also find out that all important fact of how many skittles your head can hold! 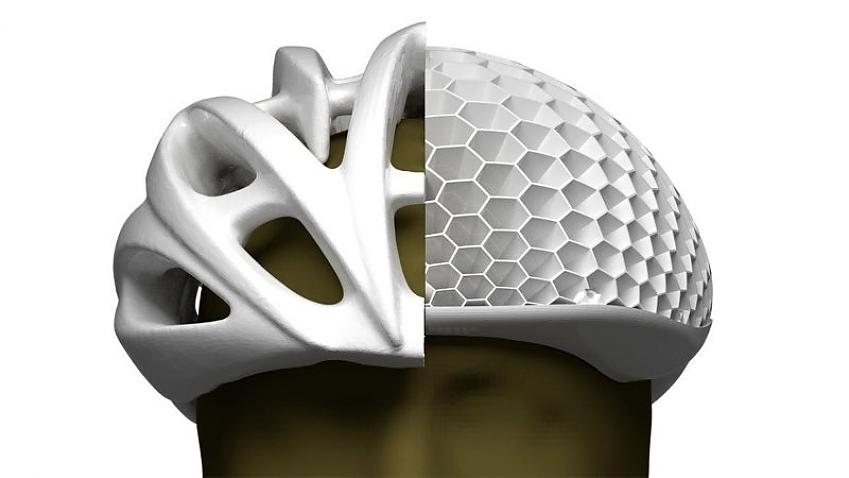 For something more conventional and practical, head along to Babboe Bikes on stand M61. They sell cargo bikes and have been present in the UK for four years now, with a large focus on producing comfortable carriers for children. They’ve six models with both two and three wheel variants and also have electric versions too. A personal favourite is their Babboe Dog-E – a box loaded trike designed to carry your canine chum and wee ones too. 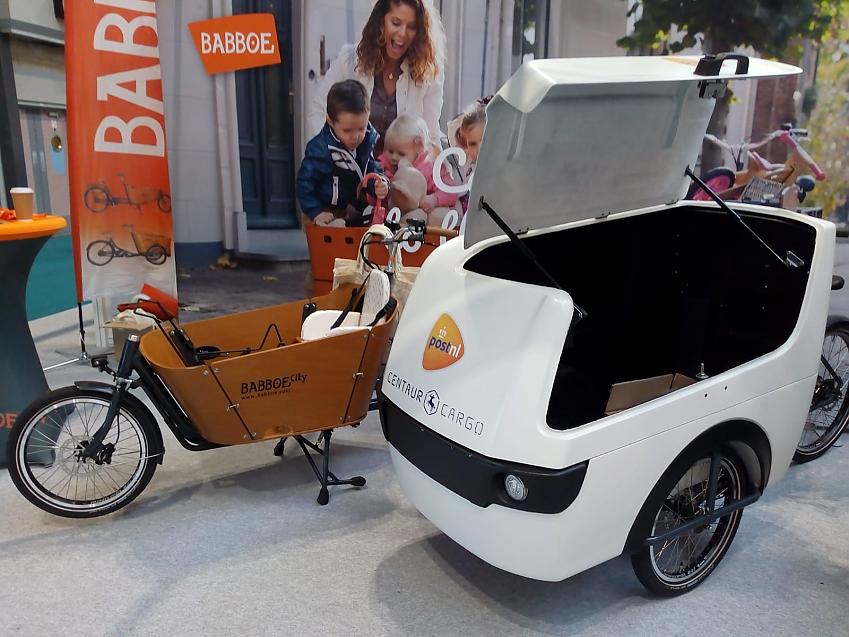 Carry more with a Babboe

From one country of cycling excellence to another, the N-Lock is a neat security and storage solution built by this Danish based company. Targeted at commuters and people suffering storage issues, the N-Lock is a stem that will fit any bike, and then with a twist of a key will turn and lock your handlebars without moving your wheel. Not only does this make your bike unrideable in the event it is pinched, but it also makes a convenient storage solution with a 40% reduction in space.

You’ll still need a more conventional lock, but it’s a neat solution that city dwellers could well appreciate. It’s not cheap at 100 euro, but postage is free if you order during the show. Head to H145 to try it out. 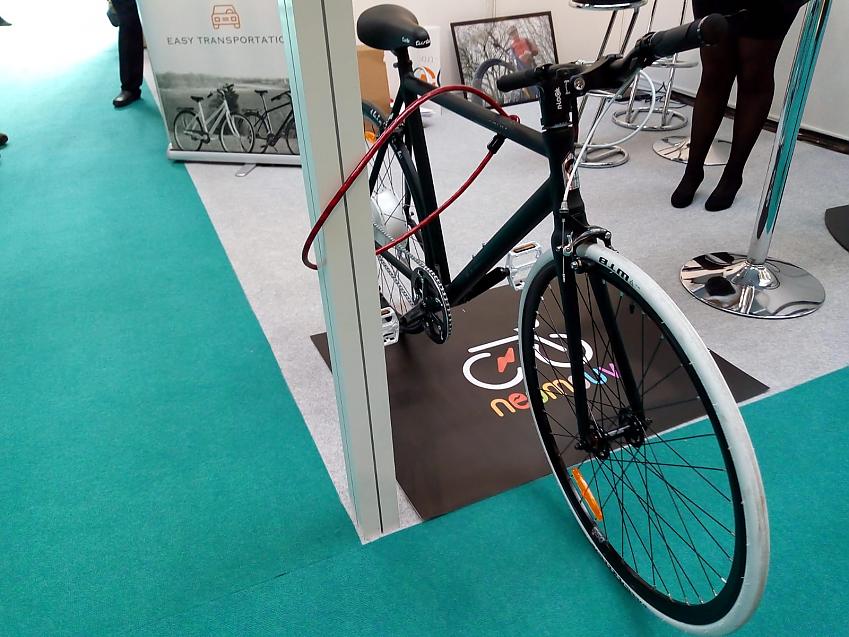 When you think of countries famous for cycling, Ghana is unlikely to sit in your top ten. However, if you visit stand D67 you might begin to change your mind. A social enterprise which puts 10% of its profit back into Ghana (to date they’ve supplied bikes for pupils, built a library and are currently building a school!), this company produces beautiful frames for gravel, road, city and hardtail mountain bikes in Ghana with it’s trained up local frame builders. All the frames are built from bamboo sourced from their 50 acre bamboo plantation and cost only £360 for a frame that meets European standards.

You can buy them fully assembled too – this happens in two UK locations: Sherborne in Dorset and Portsmouth. 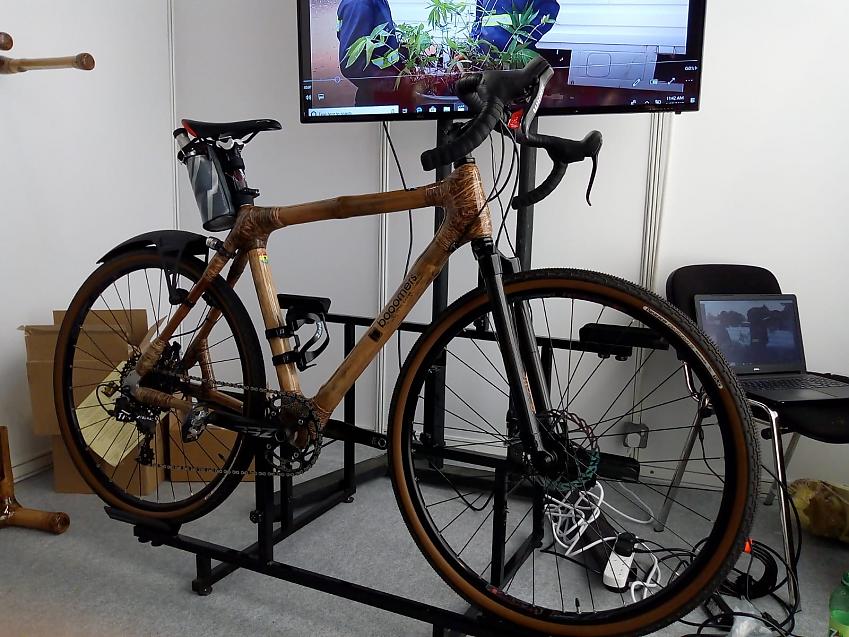 Another great product that is put together in Dorset is Happy Bottom Bum Butter. The brainchild of Charlie the Bikemonger, this vegan friendly cream is anti-septic, pleasant smelling and will keep you smiling on all your long distance rides. It’s not just me who is a fan, Olympians love it too. Pop along and have a chat with Charlie on the Ison Distribution stand, and bag yourself a steal with a tub knocked down to £10 for the duration of the show.

Charlie ran out of Happy Bottom Bum Butter on Saturday at the show, so if you missed out he's offering £5 off the large 100g tub and free postage to Cycling UK members if you order online using code CUKHAPPYBOTTOM.

Charlie the Bikemonger and his butter

I love Shand. This Scottish based bicycle manufacturer builds stunning steel bikes designed for adventure by adventurers. Currently Cycling UK member Jenny Graham is riding her Shand through the USA in a bid to be the fastest solo supported woman around the world. Cycling UK affiliate member group The Adventure Syndicate is also supported by Shand, and you can see Jenny Tough’s Shand Stooshie, still with dried Kyrgyzstany mud after her successful ride in the inaugural Silk Road Mountain Race (she aced it and as the first woman).

If you feel steel is real, then head on over and enjoy a 5% show discount on all orders. 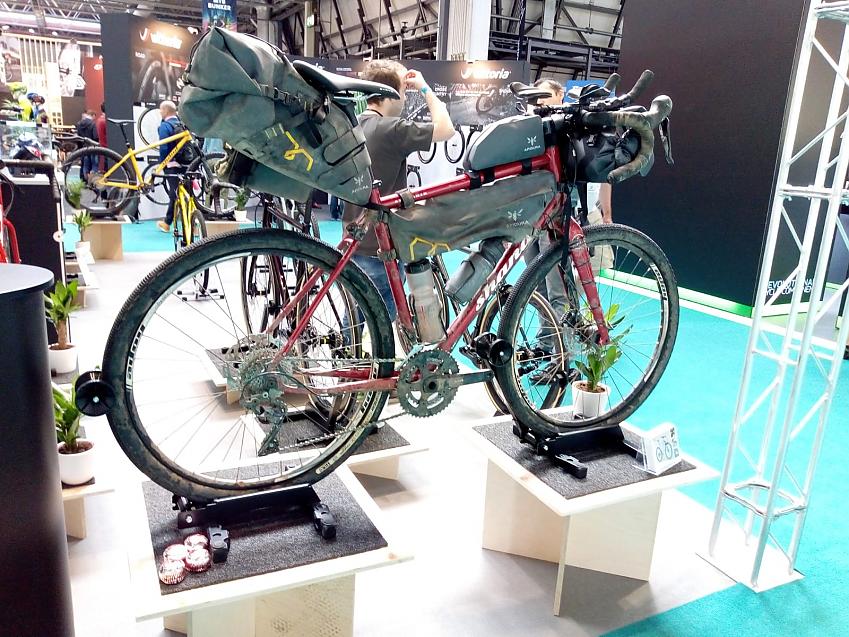 I’ll defy anyone to say they don’t want to support their Local Bike Store. It is often the hub of your local cycling community, and always a font of knowledge. However, in an increasingly digitised marketplace it can be difficult for them to keep up which is why we hear so often of their sad closure.

BikeExchange seeks to correct this by doing what Abebooks did for the second hand book market. Head to their website, and you can access the inventories of 160 independent stores around the UK and find the parts close to home and see them in person, rather than taking a punt online. It sounds great, and I’ll definitely be giving it a try for my next purchases.

The Cycle Show isn’t just about mum and dad, but also about your little cyclist too. At both the Cube Kids Test Track and at the Islabikes stand you’ll have the opportunity to try a range of bikes.

Cube focuses on balance and mountain bikes, and has a range which caters from two up to 12 years old. Prices range from £149 for a balance bike up to £849 for a 11-speed hard tail with disc brakes (on the Cube stand there’s also a top spec child’s e-bike weighing in at 18.7kg though I couldn’t find out the price).

There’s more choice available with Islabikes as they’ve got their whole range of 23 bikes out, along with dedicated staff to help with a bike fit. Islabikes does sit at the premium end of the price range with their balance bike starting at £169 and their Pro-series 11 speed Creig coming with Rock-Shox forks, hydraulic disc brakes and a carbon seat post carrying a £1500 price tag. Don’t let these prices put you off though, as there’s plenty else to choose from with road, touring and off-road bikes all covered. 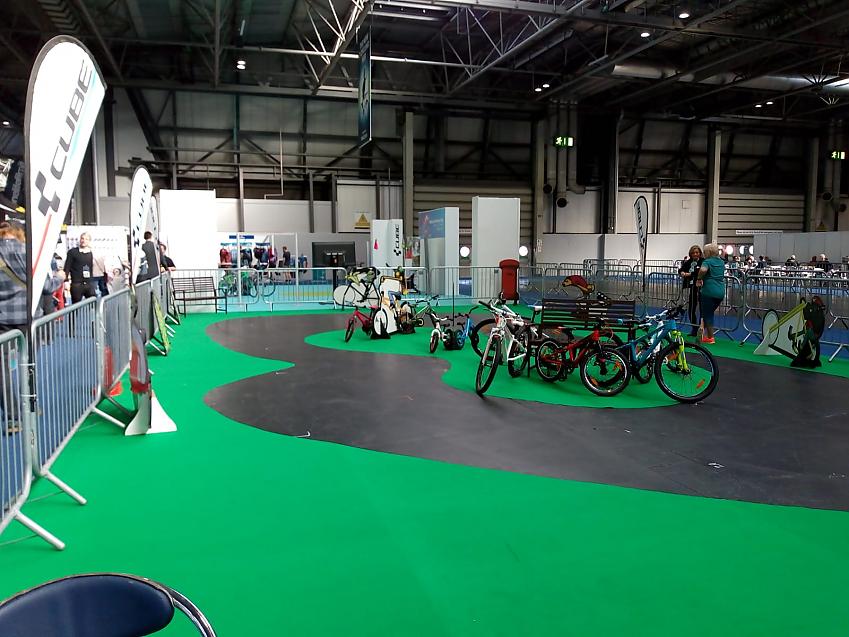 10. Cycling UK: Too Close for Comfort

If you’re coming to the show, then you must come visit us on stand L61 not far from the main stage. Our friendly staff are always happy to chat and catch up with members – and non-members too! This show we’ve launched the next stage of our campaign Too Close for Comfort which aims to tackle close passes by providing police force with a virtual reality film they can show drivers who overtake cyclists too closely. Pop along to our stand and you can see the film – and if you support it don’t forget to support our fund raising bid at www.cyclinguk.org/toocloseforcomfort

One thing missing from the show: Bikepacking bags to hold a camera on the move. I visited all the stands and everyone drew a blank on this – which is a crying shame! Hopefully the industry will come up with a (not expensive) solution soon!

Are you going to The Cycle Show?

London Bike Show: What to see this weekend View

The best innovations at the London Bike Show 2018 View
Cycling UK continues to support the UK to cycle
This remains true during this difficult period with the ongoing threat of coronavirus Covid-19
Read our latest advice on cycling
Join Cycling UK to help us change lives and communities through cycling
Membership gives you peace of mind insurance, discounts in cycle shops, rides & routes
Join now