What is it like using a fitness tracker for cycling? Cycling UK's Victoria Hazael has been testing the Fitbit Surge to see if it inspires her to cycle more.

I want to get fitter and I want to cycle more, but it's always been a bit of a struggle for me to keep up enthusiasm especially as the winter approaches. I love riding my bike, I really do, but I find it hard to motivate myself to actually go. When I do, I come back energised and much happier,  so I thought I'd try out monitoring my cycling and walking with a Fitbit Surge to see if I could stay on track.

Fitbit has been around for a few years now and they are great at counting your steps. The Fitbit Surge offers tracking for the cyclist. Using GPS it will measure the time, distance, pace, elevation, calories and route of your cycle ride. It has a heart monitor too, which can be a little bit inaccurate unless you tighten the strap a lot (which isn't that comfy on a long cycle ride).

I’ve been testing the Surge for six months on my commute to work which is about 3 miles and on longer road and mountain bike rides.

It gave good clear data on the app about my cycling and it encouraged me to aim for personal goals of going further or faster. It syncs with Strava too, which is handy if you like Strava.

I liked seeing my cycling route and analysing how fast and far I cycled, especially on my commute to work, I could see the difference over the same route over time. I got quite into it and even paused the timer at traffic lights to get a more accurate picture of how fast I was cycling.

The strap is soft and easy to clean.

The screen is easy to swipe and it has a backlight that turns on when you move your wrist to check the time.

One of the added bonuses for me was the fact you receive text messages from your mobile to your Fitbit and it lets you know when your mobile is ringing. This is very useful, as I like to be contactable when I am out riding my bike and often don't hear or feel my phone vibrating (I of course then pull over where it's safe to take the call) .

Things I would change:

Looking down to my wrist while my hands are on the handlebars it is quite tricky to see if I have set the FitBit to Hike or Bike. I once had it set to Hike and cycled 20 miles before I noticed I’d burnt a lot of calories!

It takes anywhere from 40 seconds to a couple of minutes to be ready in Bike mode, this means you need to set it and then get on your bike. I found this a bit annoying and had to really get into the habit of setting it before I left the house. It does buzz when it’s ready for you to press start and you can pause it quickly.  I eventually worked out I could use SmartTrack to automatically recognise and record my cycle commute to work (although it wasn't as accurate as setting it manually).

It is rather large and it wasn’t that comfy to sleep with on, plus it's really conspicuous if you aren't wearing long sleeves.

Although, I didn't do a group test, the battery life of the Fitbit Surge isn't as good as some of the other trackers on the market in the same price bracket (like Garmin's Vivoactive). If you are going on a cycle ride that's longer than 5 hrs, I doubt there will be enough battery life in the Fitbit Surge to have the GPS tracking on the whole time. I had to remember to charge it often and although I got email reminders, the battery often died on me.

I found it easy to use and it did help me to set goals and cycle more. There is a real sense of achievement in seeing how far you have cycled and when I found a new route it was easy to share the route with my friends. It also helped me work out where I actually cycled, I often just head out for an off-road meander and only roughly know where I am! 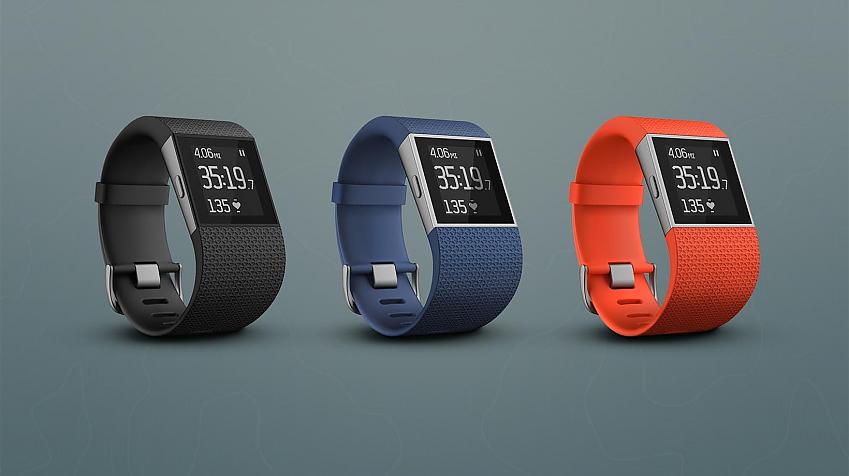 The Fitbit Surge costs around £150

Do you monitor your walking and cycling? Let us know what device you use and what you think of it, using the comments box below (you need to be logged in):