Unsealed, unclassified roads (UCRs) are an extremely useful resource for offroad cyclists as they can be more usable than bridleways and byways because of their width - and they sometimes have some form of stone surfacing too.

It is estimated that there are some 13,000km of such highways - often also called ‘white’ roads, or ‘green’ lanes.

However, there is no uniform recording of these highways, so the status allowing use by vehicles, including cycles is often called into question.

CTC accepts that recreational motor vehicles have a legal right to use UCRs, but believes that such use should be responsible without making routes difficult to use by cycle. (See CTC's policy on unsurfaced highways shared with motor vehicles for more about our views).

There are two national user groups that represent offroad motorised users: the Trail Riders Fellowship (TRF) who represent motorcyclists; and the Motoring Organisations' Land Access & Recreation Association (LARA), an umbrella organisaton who represent all motorised users, including four wheeled use. Both organisations have now produced significant publications on unclassified roads.

In 2004, the TRF published the 90-page ‘Unclassified Roads - a study into their status’ written by two independent highway specialists who concluded that, on the balance of probability, routes recorded as UCRs are vehicle highways unless there is specific evidence to the contrary. 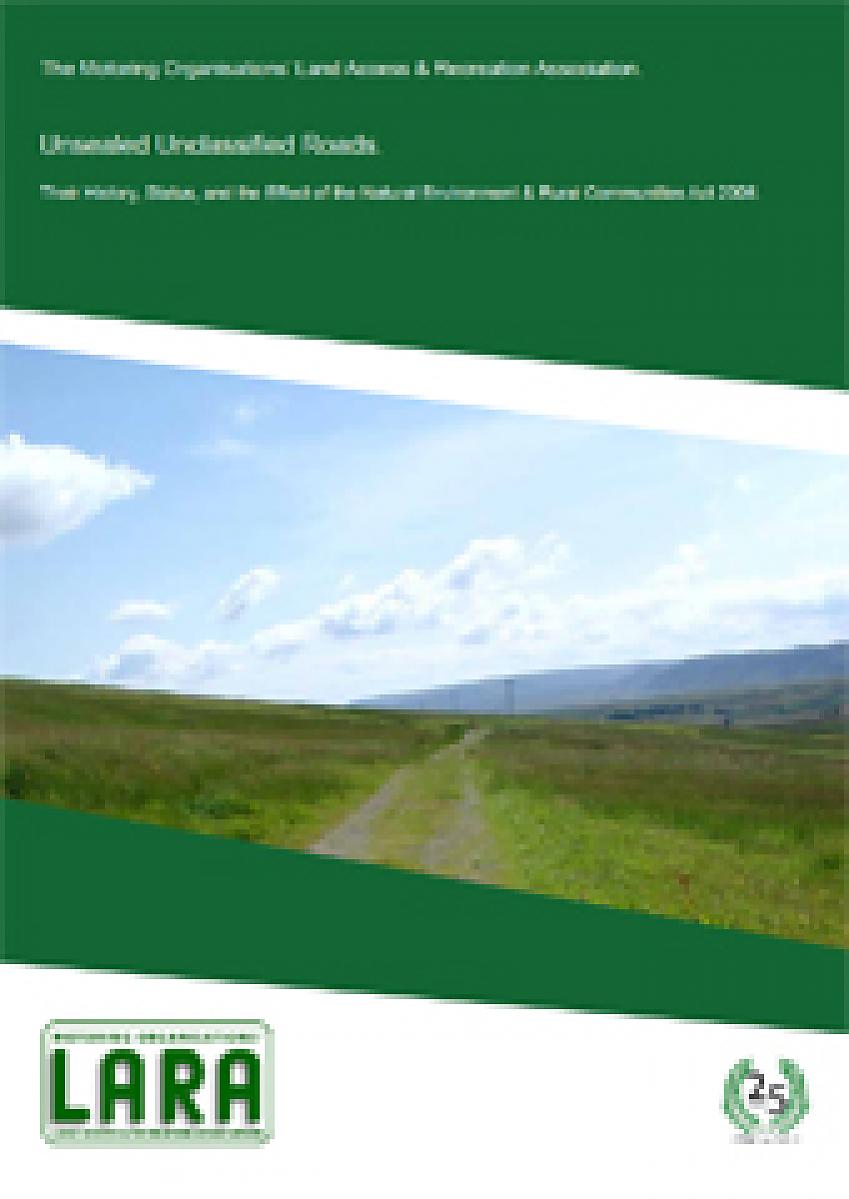 This is now getting a little dated, so LARA has now published a 67-page study, introducing later case law and taking into account the implications of the 2006 Natural Environment & Rural Communities Act. The study is in two sections, the body of the report, and a useful set of appendices providing much of the data plus legislative and court decisions informing the report.

The main report teases out the complexity of determining the often conflicting terminology used to define these highways, and how this can make it difficult to determine the status of these minor roads. Conclusions are supported with case studies drawn from court rulings.

Copies can be downloaded free of charge, along with another new publication ‘Trail Management Hierarchy’ that suggests ways of managing motorised use of unsealed highways.