This page has been archived

This page is now out of date or no longer reflects Cycling UK policy and is currently either under review or superseded by new content.

The Department for Transport (DfT) published 'Cycle Infrastructure Design' (CID) in 2008 to guide professionals on providing for cyclists on the highway network. The following is our original take on it, highlighting the most enlightened aspects of the guidance, but also areas where we felt it could do better. Please note: cycle infrastructure is evolving all the time - please see our Space for Cycling campaign for our current views.

PLEASE NOTE: This article was first published in 2008, and infrastructure has evolved since then. Please see our Space for Cycling campaign's guide for decision makers for our current views on cycle-friendly infrastructure.

We hope the following helps steer you through Cycle Infrastructure Design (CID), highlighting its most useful and welcome guidance, but also alerting you to some areas that are less than perfect. This briefing is by no means exhaustive, however - it is not intended to be a substitute for reading the guidance itself!

The Department for Transport (DfT) published CID in October 2008. It brought together guidance from a number of draft Local Transport Notes (including LTN 1/04, 'Policy, Planning and Design for Walking & Cycling' and draft LTN 2/04 'Adjacent and Shared Use Facilities for Pedestrians and Cyclists').

It also updated and revised 'Cycle Friendly Infrastructure' (CFI), published by CTC and endorsed by the Dept of Transport, the Bicycle Association and the Institution of Highways & Transportation in 1996.

CID was published jointly by the DfT, the Scottish Executive and the Welsh Assembly Government. It is primarily aimed at local authority transport practitioners. 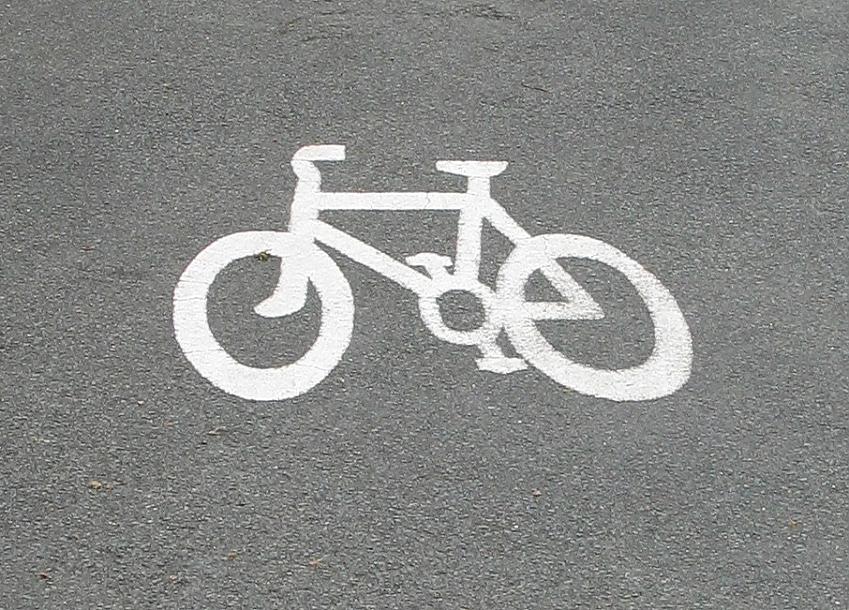 The road network is the most basic (and important) cycling facility available, and the preferred way of providing for cyclists is to create conditions on the carriageway where cyclists are content to use it, particularly in urban areas (1.3.2, p10)

Creating space for cyclists by taking existing footway space from pedestrians is generally the least acceptable course of action (1.3.3, p10)

In general, off-road cycle routes in urban areas tend to be the least desired option, and it is usually better to cater for urban cyclists on-road if this is practicable. (8.1.2, p41)

‘Cycle lanes are not always suitable and may encourage cyclists to adopt inappropriate positioning if the lanes are poorly designed. Designers need to decide whether a cycle lane is going to help or not. If so, its alignment should ideally reflect guidance and training on safe techniques (Franklin 2007) for manoeuvres undertaken by cyclists.’ (7.1.4, p35).

Unfortunately, it’s not uncommon for cycle lanes to steer cyclists into positions that make them most vulnerable, hard to see or be seen, likely to be overtaken too closely etc.

Where road-space is limited, it is better to narrow the general traffic lane and mark a cycle lane of adequate width as ‘advisory’ rather than 'mandatory' (i.e. dashed rather than solid lines, advising drivers against entering it, but not making it illegal). If that is not practicable (e.g. on narrow roads with significant bus or goods vehicle flows), then a cycle lane should not be entertained. Instead, traffic volume and speed should be reduced, i.e. a solution from higher up the ‘Hierarchy of Provision’ must be found.

Road geometry as a factor in the on- or off-road decision-making process: the table (1.3, p13), that links traffic flow and motor vehicle speed to the most appropriate option (i.e. no facility, cycle lane, or cycle track) should also refer to road geometry/available width as crucial factors too.

4) Other features and measures

It’s common, for example, to install cycle tracks alongside a carriageway on the assumption that they simply must be safer than the on-road option. To illustrate the risks of such an approach, CID says: ‘A cycle track frequently interrupted by side roads can have a significantly worse potential for accidents than the equivalent on-carriageway facility’.

This is something that many campaigners have been trying to put across for years – and it’s good to note the advice that ‘it can be beneficial to involve user groups’ in the risk assessment process. (1.6.2, p14).

CID reassures readers that ‘…the vast majority of claims against highways authorities relate to maintenance defects rather than deficiency in design’ and explains how to avoid problems in the first place: ‘An authority should not be exposed to claims if there are robust design procedures in place where the resulting decisions are recorded in an audit trail’.

This should help encourage practitioners to be more confident about exploring untried ideas (some of which might be suggested by cyclists themselves!) (1.6.1, p14).

CID doesn’t mention the option of continuing the cycle lane colour, but not the lane markings, when it crosses a side-road entrance. (3.2.2, p19). See also 2.b, 2nd bullet point above.

CID also stresses that ‘Motorcycle barriers should only be introduced after a definite need has been established…’ – not always the case, unfortunately. (8.14.1, p48). We would, however, like to see CID stating a preference for cattle grids over self-closing gates to prevent livestock escaping, because the latter may force some cyclists to dismount.

We believe that the provision of good crossing points for non-motorised users (NMUs) over all busy roads is non-negotiable. Busy roads create one of the most serious and perennial barriers to NMU movement, not to mention community severance.

It rightly recommends installing cycle bypasses at the pinch-points that some of these features create, where practicable. We would argue, however, that gaps at road closures, and clear spacing of bollards, should be a minimum 1.5m wide to allow for tandems, trailers etc (rather than 1.2m); that gaps from kerb to a speed cushion should be 0.75 – 1.2m, with 1.2m preferred (rather than between 0.75m and 1m)3; and that an alternative to chicanes is always preferable where safe and convenient cycle bypasses can’t be fitted. (5.2-5.8, p28-31).

In fact, logos (maybe combined with coloured surfacing) should be flagged up as good way, in certain situations, of indicating where cyclists expect to share space with motor traffic, but need more space than a marked cycle lane might allow, e.g. past the mouths of junctions, parking bays etc. CID covers the ‘Cycle Symbol’ in 3.3, p20.