The Avon Cycleway is a loop around Bristol on lanes and cycle paths. Neil Wheadon rode it with some fellow tandemists last summer.

Created in 1989, the Avon Cycleway is a signed 86-mile ride around the cycle-friendly city of Bristol that can be easily completed over a weekend. The county of Avon no longer exists but some great infrastructure remains, including dedicated cycle paths and signed quiet lanes.

The ride is circular so can be started at any point. This guide presumes you begin at Bitton Station but you could just as easily start from Yate, Nailsea, or Pensford. The route is fairly gentle throughout. 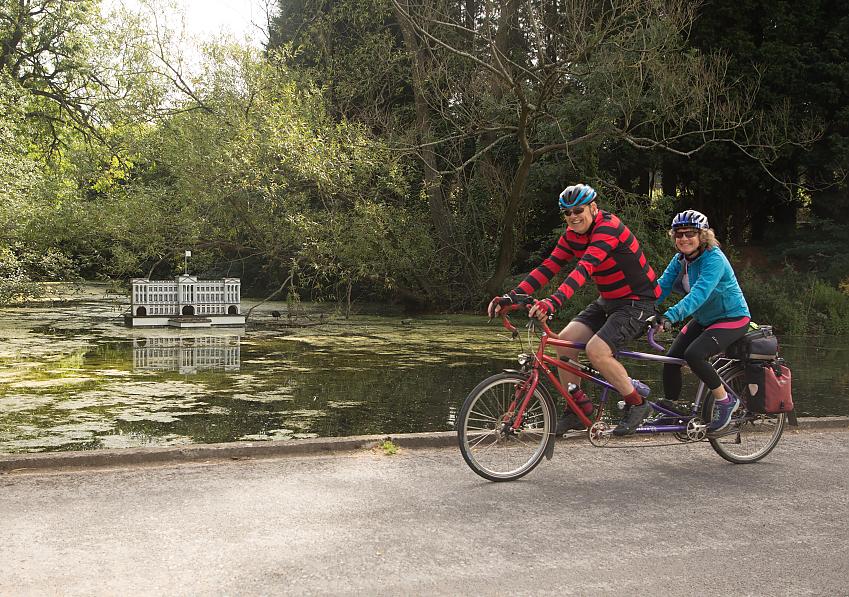 Heading clockwise, you have an easy start on the Bristol-Bath Cycleway, followed by some lumpy climbs in the Mendip area around Pensford. After crossing the Somerset Levels to Clevedon, a lovely route takes you through the Gordano Valley, which is popular with local cyclists. You join a cycle path over the Avonmouth Bridge before winding through north Bristol on paths that avoid the hurly-burly of the city.

Then it’s north along the wide Severn Valley, and east through the attractive town of Thornbury to the delightful open pastures of Ingleston Common. After Yate, the route follows the old railway paths that run along the east side of Bristol back to Bitton Station. 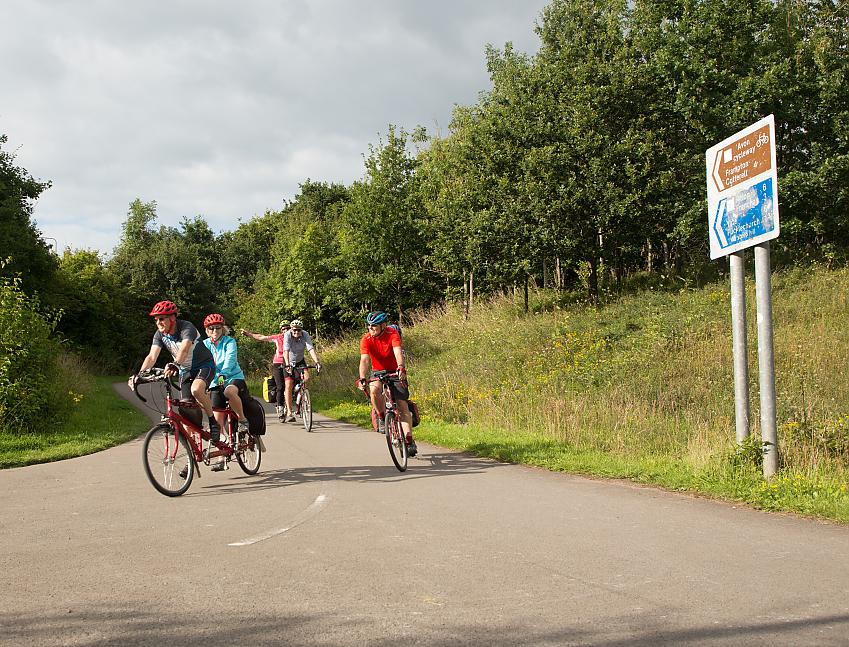 This flagship cycle path started the whole Sustrans movement. Tarmacked throughout and flat, it’s now used for more than a million cycle journeys every year. In the past, it carried coal trucks to the coast and to the Midland Railway. 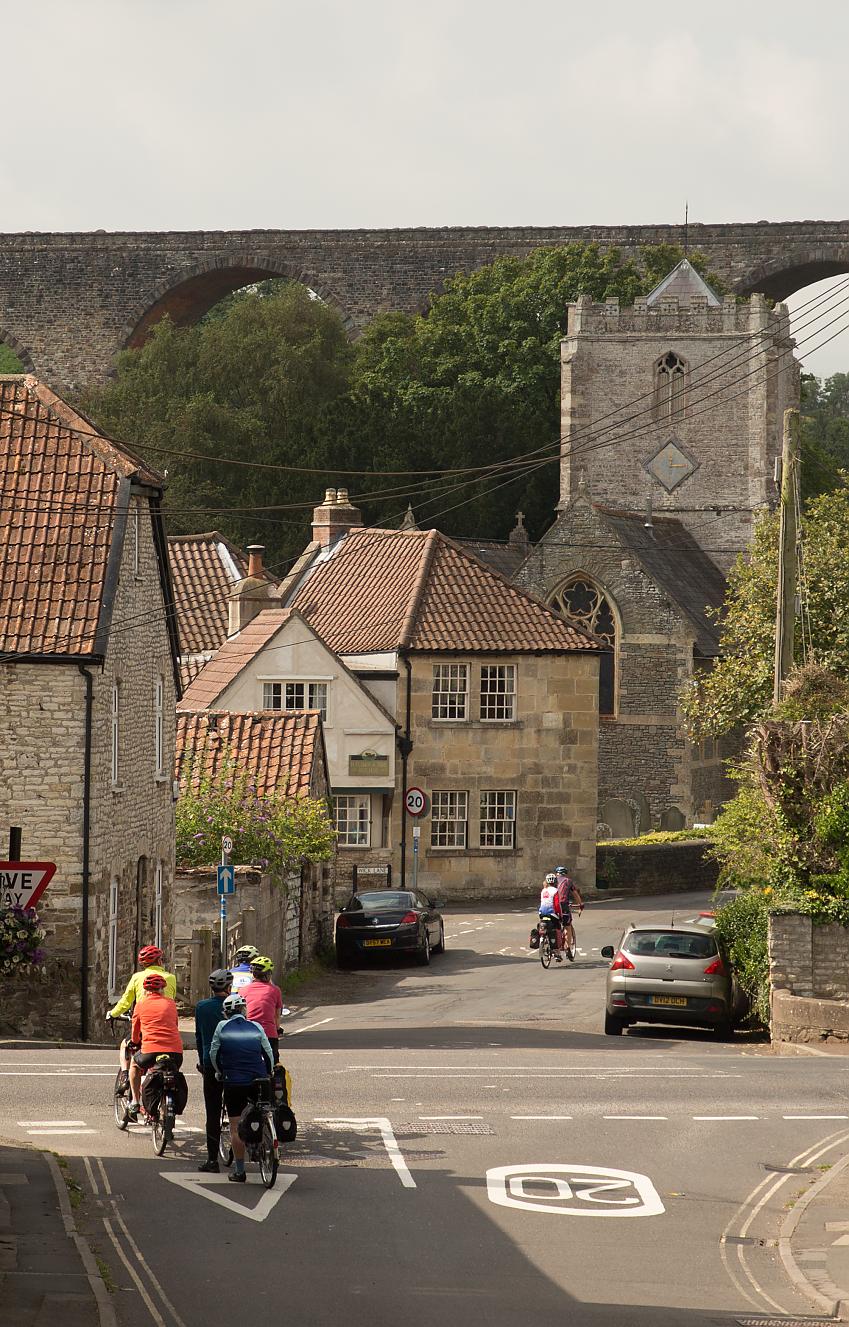 A little blighted by the A37, this delightful village has a pub, a memorial to Acker Bilk the clarinettist, and a magnificent viaduct (last used in 1968), which straddles the valley. The cycleway passes through the heart of this former coal mining village.

England’s third largest collection of standing stones: 26 in a 113-metre circle. For just £1 you can walk around them. Head right into Stanton Drew and follow the signs.

The route tracks the eastern outskirts but this seaside town is worth a detour. Ornamental gardens and a Grade 1 listed pier enhance the seafront. Slightly inland, the architecture of many of the houses is unusual and beautiful. 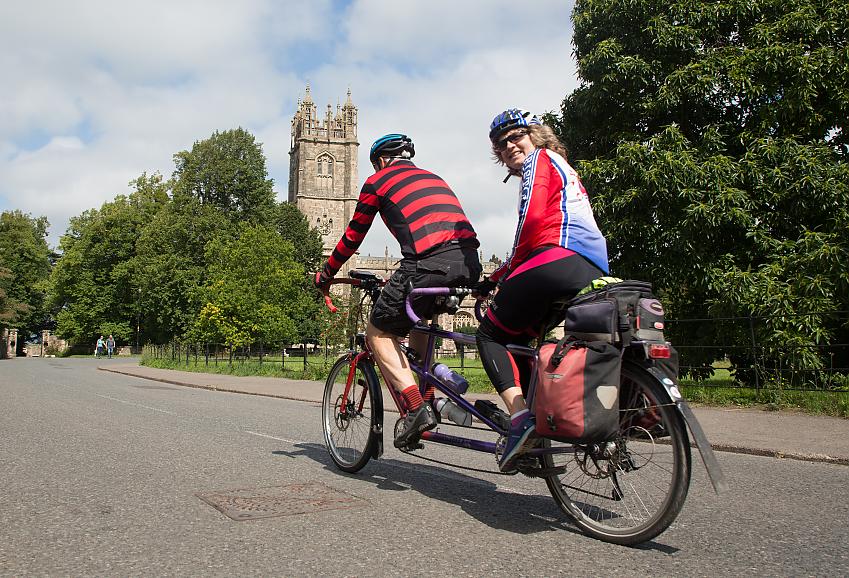 The church at Thornbury

This attractive town is one of the larger ones en route. It has several cafés, a museum, and many shops so is a good place for a break. The centre is signed right at a T-junction. If you pass the large church on the left-hand side, head back into town again.

You will cycle across both Ingleston and Hawkesbury Commons. Largely unchanged for millennia, these wide open spaces with no fencing are traditional grazing areas for livestock. The road through has just had a fresh coating of tarmac so is really smooth.