CTC, the national cycling charity, has been overwhelmed by the public response to its appeal for children’s bikes following the theft of 12 cycles used for popular after-school sessions in Reading.

Kind-hearted people from around Berkshire, as well as Surrey, London and Essex, have offered to donate a total of 15 bikes after a break-in at Palmer Park Sports Stadium before Christmas.

The bikes are used to help children aged between three and 15 to learn to cycle at sessions organised by Javed Saddique, CTC Cycling Development Officer for Reading, in association with Reading Borough Council.

Javed said: “I felt very down after the theft but it’s turned out to be a very happy New Year thanks to the incredible generosity of local people. We would have been struggling to continue the sessions in the short-term if it hadn’t been for their help.

I would like to say how much CTC appreciates these donations. This amazing generosity has helped restore my faith in human nature.”

“Several people offered to pass on their children’s old bikes after Santa delivered new ones for Christmas. On behalf of CTC and Reading Borough Council I would like to say how much we appreciate these donations and the fact they will be able to benefit the next generation of cyclists. This amazing generosity has helped restore my faith in human nature.”

Eight-year-old Clare French and her brother Matthew, six – from Lower Earley, Reading – were keen that their old bikes were donated, having both benefited from the cycle training sessions at Palmer Park in the past.

Mum Helen said: “I heard about the theft and the appeal for bike donations purely by chance when one of my friends, who is a keen cyclist, posted the CTC story on Facebook.

“Clare and Matthew were lucky enough to get new bikes at the end of last summer as they had outgrown their old ones. They were 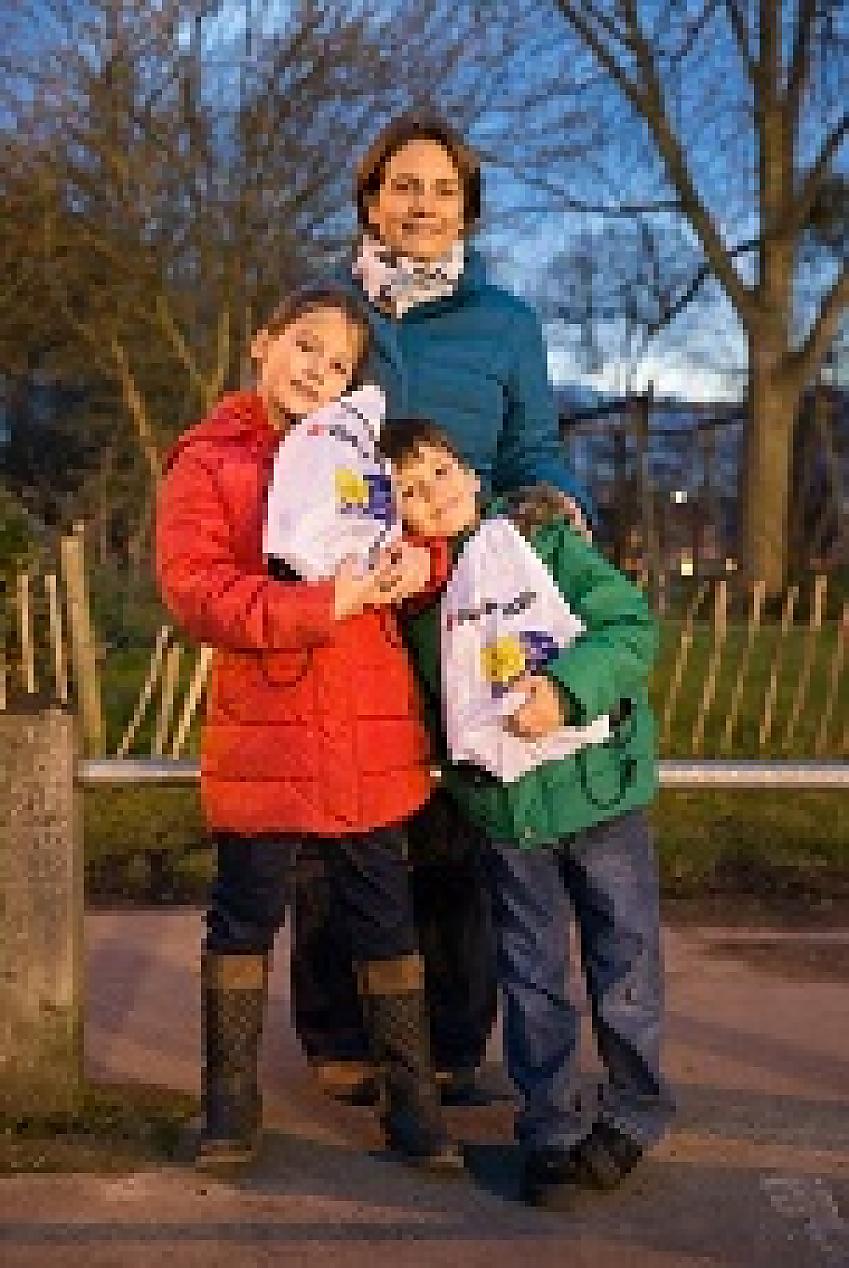 very keen to help and didn’t hesitate to say they wanted their old bikes to be donated, as there is still lots of life left in them.

“I regularly take the children out cycling. They both learned so much when they went to Javed’s sessions at Palmer Park, and several of my friends have attended with their children. It was nice to be able to help after such a mean and thoughtless theft.”

Helen and her children (right) joined Javed at Palmer Park this afternoon (Thursday 21 January) for interviews and photos with the local media about the bike donations.

Also attending was Amy Brewer with her son Jack (below), who is six next week. Amy, from Wokingham, offered to donate her eight-year-old daughter Erin’s first bike, ideal for teaching a four to seven-year-old to cycle.

Amy, who works in finance, said: “Like Helen, I read about the theft on Facebook and wanted to help. I feel sad and disappointed that there are people out there who would steal children’s bikes, denying them the opportunity to get out and about in the fresh air and do something healthy and fun.

“We all cycle as a family. In fact my husband, Lee, cycles every day for work – catching the train between Wokingham and Reading 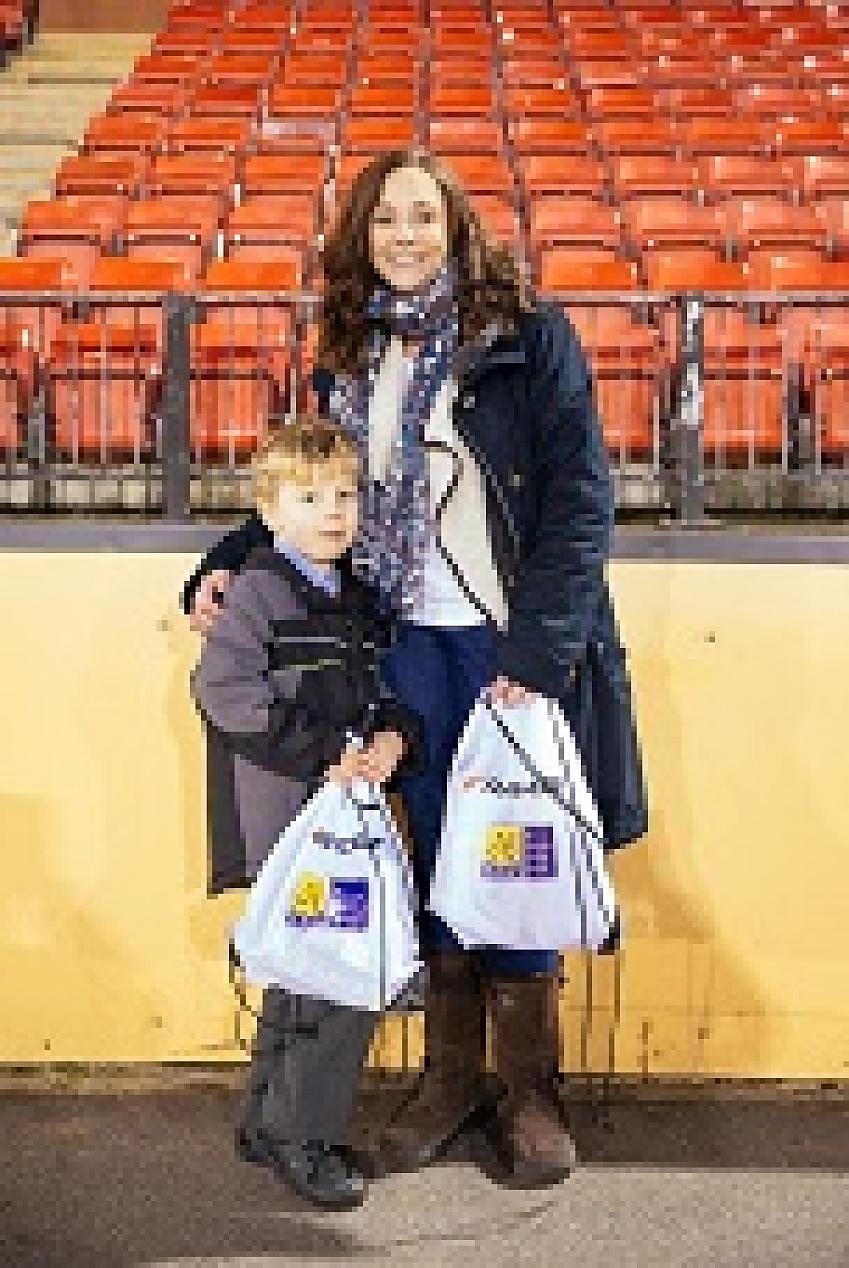 and cycling to UPS on the other side of town.”

As a way of saying thank you, Javed is offering free cycling sessions for the children of all those who have donated bikes. He also gave CTC goodie bags to the French and Brewer families on the day.

CTC Chief Executive Paul Tuohy said: “As the UK’s national cycling charity we are keen to see more children learn to cycle – it’s fun, keeps you fit and can only lead to a healthier environment for everyone in the future.

“The theft at Palmer Park was a callous act, particularly just before Christmas, and the children of Reading were the victims. We are cycling – and we have been overwhelmed by the incredible kindness of all those who have offered to donate bikes.”

If you would like to support our work, like these great after-school cycle training clubs, you might consider joining CTC and receive the wide range of benefits we offer or making a small donation which will help us bring the gift of cycling to all.

CTC, the UK’s national cycling charity, inspires and helps people to cycle and keep cycling, whatever kind of cycling they do or would like to do. Over a century’s experience tells us that cycling is more than useful transport – it makes you feel good, gives you a sense of freedom and creates a better environment for everyone. https://www.ctc.org.uk/
For more details on cycle training, go to: https://www.ctc.org.uk/campaigning/views-and-briefings/cycle-training