Uber encourages passengers to use the Dutch Reach

The Dutch Reach is a simple change of habit to help drivers and passengers look out for cyclists
By Keir Gallagher
Friday, 4 October 2019

Uber encourages passengers to use the Dutch Reach

Uber launches new safety tool to remind passengers to look for cyclists before getting out, promoting the Dutch Reach.

Uber, the ride hailing app which is used by millions of people throughout the UK, has this week launched a new feature which will send ‘push’ notifications to passengers, reminding them to look for cyclists before they open the car door to get out.

The notifications will use mapping data to identify when a drop-off location is near cycle lanes or other areas commonly used by cyclists, and recommend that passengers use the ‘Dutch Reach’ when getting out. This involves using the hand furthest from the door to open it, helping them turn their body to spot cyclists. 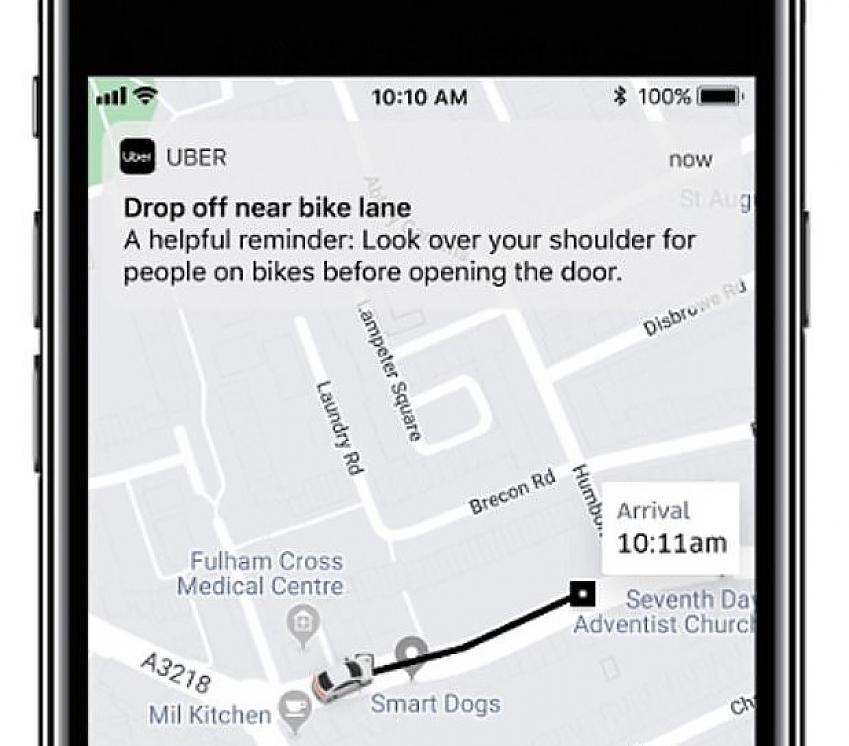 The move represents a further boost for the wider adoption of this simple change of habit. The safety tool follows on from a partnership earlier this year between Uber and Cycling UK, which developed a virtual reality film to help teach the Dutch Reach to drivers.

By targeting Uber customers who may not be familiar with the serious safety issue that car-dooring can pose to cyclists, the intervention has the potential to encourage Uber passengers to use the Dutch Reach when taking rides with the app. The addition it will also promote the wider awareness and adoption of the technique more generally, whether users are driving their own car or are a passenger in another car.

Wider adoption of the Dutch Reach will help overcome the danger that car-dooring poses, with 134 reported cyclist casualties last year, and likely many more unreported ones.

This weekend, Cycling UK will also be attending the Intelligent Instructor Conference, where the technique will be promoted to hundreds of driving instructors, who will be able to feed this back to their students.

Head of campaigns Duncan Dollimore said: "It's vitally important to educate anyone who uses a car to check before opening their door, as every year around 60 cyclists are killed or seriously injured by car dooring incidents. It's also one of the reasons people tell us puts them off from cycling.

"That's why we were particularly pleased to be awarded the BikeBiz Cycle Advocacy Award for our Dutch Reach campaign.

"The Dutch Reach is a simple technique that few people use but could make a real difference to the number of collisions in the UK, and combined with Uber's alert to passengers, encouraging them to look over their shoulders before opening their door, it should mean our roads are becoming safer for cyclists everywhere."