The Onna Bike Women’s Ride in Bradford proved a big success
By Tony Upfold
Thursday, 4 May 2017

On 30 April about 200 women, many of them beginners, rode just under three miles from Lister Park in Bradford to Roberts Park in Saltaire – and their enthusiastic comments afterwards reflected what an outstanding success the event proved to be.

Jaki Lowe, Vice Chair of Cycling UK’s Board of Trustees, and fellow Trustee Dr Janet Atherton were among those attending the Women’s Park-to-Park ride. Janet said: “Rachel Seymour and Mumtaz Khan did a fantastic job organising the community ride. The turnout was great with lots of new riders, and a really diverse, happy bunch we all were!

“It was really inspirational to talk to some of the women who were just giving it a go for the first time, loving it and wanting to do more – cycling at its best.”

The Onna Bike ride was held on closed roads after the men’s elite race had left Bradford on the third and final stage of the Tour de Yorkshire, bound for Fox Valley, Sheffield. 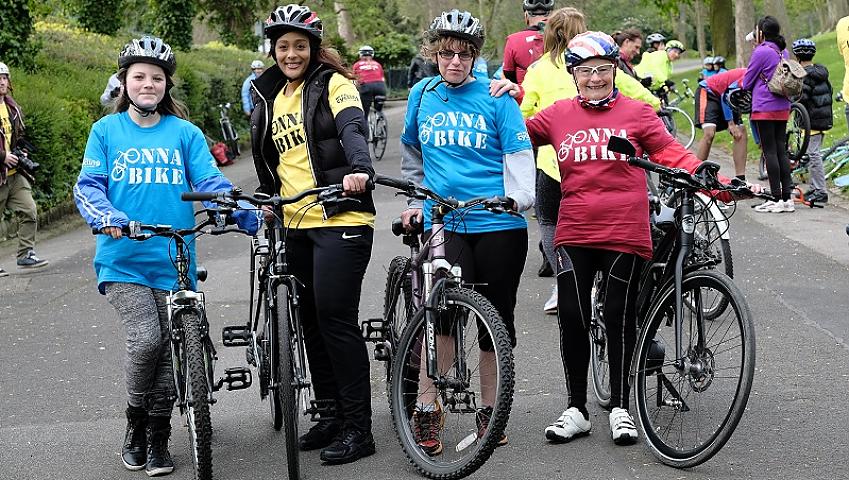 Here are just some of the positive remarks made about the Onna Bike Park-to-Park event which were reported back by Rachel Seymour, Cycling UK’s local Cycling Development Officer.

Rehana Khatoon: “Had a terrific time on the day! Great confidence-boosting event. Great to see so many women on bikes.”

Jemma and Liam: “Thank you to everyone involved in the ride, we had a fabulous time, there was a lovely atmosphere and everybody was very friendly and supportive. We were so excited waiting for the Tour de Yorkshire riders to arrive – our favourite part was following them out of the park and being passed by the team cars, it felt like we were part of the peloton!”

Nurjahan Arobi: “It was a great bonding experience with my girls, and it was wonderful to see them as proud of themselves as I was of them. We felt part of something that showed Bradford at its best.”

Shazia Rasib: “I was reluctant to do the bike ride as I hadn’t ridden a bike for years – and especially in public! Thank you, Mumtaz, for pushing me to this as it was an amazing experience!”

Zuby Hamard, of Bradford Council: “The Onna Bike Ride was a spectacular event included in the Tour de Yorkshire Activation Programme, bringing women and girls from diverse communities of Bradford together and celebrating cycling at its best.” 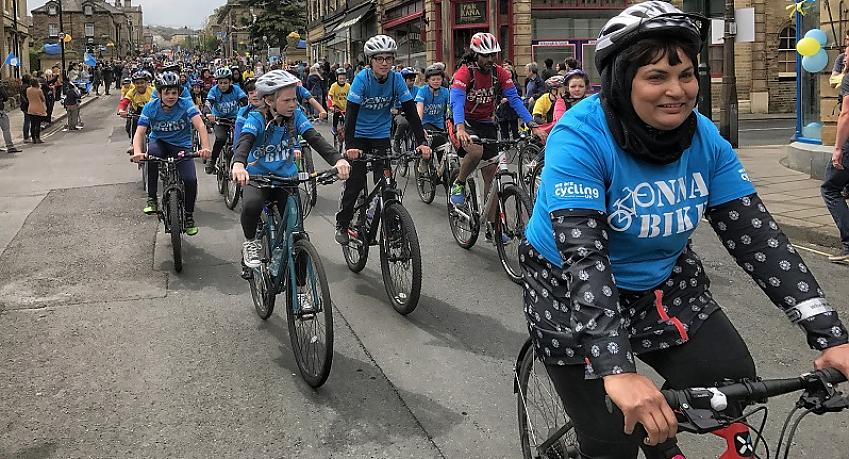 Don’t forget that Cycling UK’s Women’s Festival of Cycling takes place throughout July 2017. We will be celebrating women who cycle and helping those who need extra encouragement to take up cycling.

Whether you ride five miles or 500, on or off-road, you can be part of the Women’s Festival of Cycling!