Nick Shields is training hard ahead of his epic 3,500-mile cycle adventure to find his Iranian family
By Tony Upfold
Thursday, 7 July 2016

Nick Shields is cycling more than 3,500 miles to Iran – hoping to find the father and family he has never met.

The 56-year-old Cycling UK member was adopted as a baby and is English through and through, but the land of his real father’s birth is proving a magnet he can no longer resist.

Nick is a larger-than-life character with an astonishing tale to tell – a maverick who has worked in the circus, been a gig promoter and, by his own admission, enjoyed a highly successful career as a hedonist in his early years!

Now an IT manager, he has decided to leave everything behind and put all his savings into cycling to the Middle East, having raised some cash for the trip by taking part in medical tests.

Nick is leaving his lodgings next Monday (11 July) and will depart the country a few days later, destination Iran.

He said: “Earlier this year I was chucked out of my flat but it didn’t cause the urgent push to rehouse myself that I expected, despite the concern of some of my friends and the looming spectre of homelessness.

“I began to reject the idea of committing to another spell inside yet another private, money-sapping let and the idea popped into my head that I was going to cycle to Iran.

“Some years ago I spent three seasons working as an engineer for Snapdragon Circus, which was based in my home town of Hebden Bridge in West Yorkshire.

“As well as touring the UK and Europe we spent a week in Israel. I suddenly felt this incredible affinity with that part of the world – even my skin changed colour to an olive tone in the sun.

According to my adoption certificate, my blood father was called Hamid Hamidi. He was born and grew up in Persia, modern-day Iran, and was studying dermatology in London when he met my mother. When he heard I was on the way you couldn’t see him for dust.”

“I was adopted and didn’t know then that my father was Iranian, but in hindsight it all makes sense the way I felt in the Middle East.”

Nick was brought up by George and Betty Shields and has a sister, Jackie.

He explained: “I consider them to be my family but we have not got on for a long time and any hope of reconciliation ended last year when Mum died and Dad had become so angry that he didn’t want to speak to me again. Neither does Jackie.

“I went to Mum’s funeral and spoke at length with family friends, but barely with Dad and sis. Perhaps I have to ruminate as to why I am so inept where matters of family are concerned – maybe I would benefit from an opportunity like this bike ride to reflect on it all.

“According to my adoption certificate, my blood father was called Hamid Hamidi. He was born and grew up in Persia, modern-day Iran, and was studying dermatology in London when he met my mother, Margaret Thompson. As soon as he heard that I was on the way you couldn’t see him for dust, and she was ostracised by male members of the family.”

Forty years later Nick met Margaret – or Marguerite, as she had become known. Nick, who was born Nick Thompson, heard that his father was married, almost certainly with a family of his own and had presumably gone back to Tehran.

Nick said: “When I decided to try to meet my mother, I sat on the paperwork for two years. Was it fear? I don’t know…probably.

“Mum was born and grew up in Whitby. I managed to track her down, initially via a lady called Dot who I spoke to in the Whitby Tourist Office. Eventually I spoke to my mother on the phone, then flew down to London and visited her where she lived in Pimlico.”

Nick remembers that they got on famously, but…

“She is still around but I’m no longer in touch,” he revealed. “I suppose I’m just not very good with parents after all that has happened.” 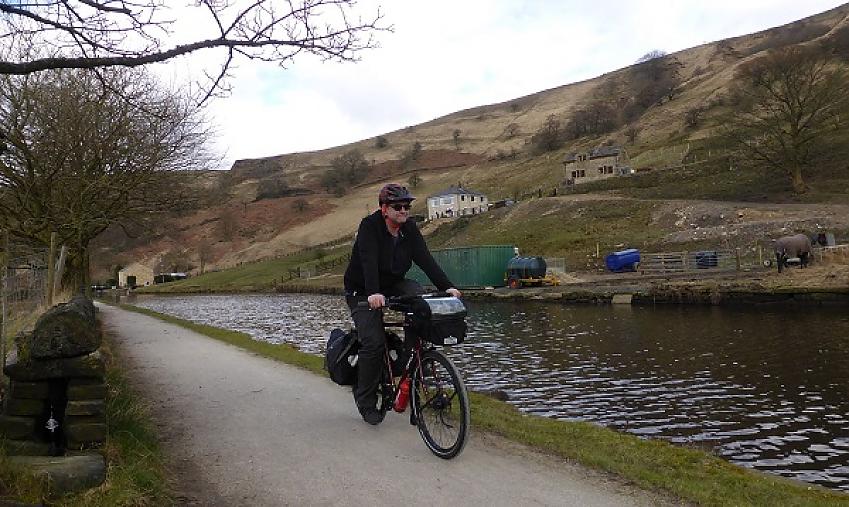 Hamid Hamidi is a very common name, but the fact Nick’s father was a dermatologist certainly narrows the field down.

Nick said: “He would be in his 90s now if he is still alive. He might be long gone but there are likely to be two generations blissfully unaware of my existence. If by some miracle the news of my activities reaches an Iranian family member and they somehow make themselves known to me, I’d be overjoyed to meet them – and hopefully they would feel the same about meeting me.

“Perhaps you could describe it as a mid-life crisis, but I wanted to do something completely different. I thought about living in a tent, then decided why not live on my bike for a while?

“I considered cycling around Europe, but then thought I could cycle to Iran. It felt right after feeling so close to the Middle East after that brief time in Israel.

“My identity is English and always has been, but inside I have a growing curiosity. I don’t have a general wanderlust but Iran is calling to me. I’m not throwing my all into finding my father, but it is a tagline for my journey.”

Cycling has already proved a life-changer for Nick, who will also be using his long-distance quest to raise funds for Médecins Sans Frontières – an organisation he describes as “heroes”.

He said: “About 5½ years ago I stopped smoking cigarettes, which is obviously a good thing, but I started piling on weight through eating anything and everything.

“If I continued in that vein I knew I was definitely going down the slippery slope. It would have got to the stage where if I’d tried to get out of the armchair, the armchair would have come with me.

“A good friend, Tony Halsall, saved my life. He started taking me out on walks around Hebden Bridge so I had some physical exercise. It hurt my back though, as I was carrying so much blubber.

“I’d had this bike for ages. Tony said why don’t you use it – so I started cycling and it changed my life. I could pedal so much further than I could ever walk, and without the pain. It gave me such an amazing sense of freedom as well as being good for my health.

I’m going to wing it – accept the wisdom of fellow travellers I meet on the road about the best way to go. I am master of my own destiny. The cycling circus is in town!”

Nick Shields on his ride to Iran

“My hardtail mountain bike was too small though, so I got some money together and bought a new, bigger, better, redder and just plain fantastic bike, an Orange Clockwork Pro – or Clockwork Orange. Overnight I doubled the distance I could ride and started losing weight.

“I think I’m still overweight but I feel so much better and fitter. In 2½ years I have ridden thousands of miles and lost about 25 kg, or four stone. I can go uphill now! I have so much more strength.”

Nick also stopped drinking alcohol 2½ years ago – and life just suddenly got better all round.

He added: “I started playing the piano too, began using brain functions I didn’t know I possessed. My fitness levels were better, everything improved.”

Nick has bought a Surly Disc Trucker, a tent and all the equipment he needs for the journey to Iran, while his endurance training rides have included the Hadrian’s Cycleway.

To help fund the trip, he volunteered for paid clinical tests with Quotient Medical Ltd at Ruddington, near Nottingham. He recently completed the last of seven three-night stays, each about two weeks apart, testing for a drug to help treat Alzheimer’s disease.

He said: “As soon as I have my hands on the cheque for that work I will be buying my ferry ticket, cycling to Hull and crossing the North Sea to Rotterdam to start the adventure.

“I have pulled together about £3,500 for the journey and will try to exist on less than £10 a day. I have my tent and will cook my own meals to save as much money as possible.

“I’m going to wing it – accept the wisdom of fellow travellers I meet on the road about the best way to go. I am master of my own destiny. The cycling circus is in town!” 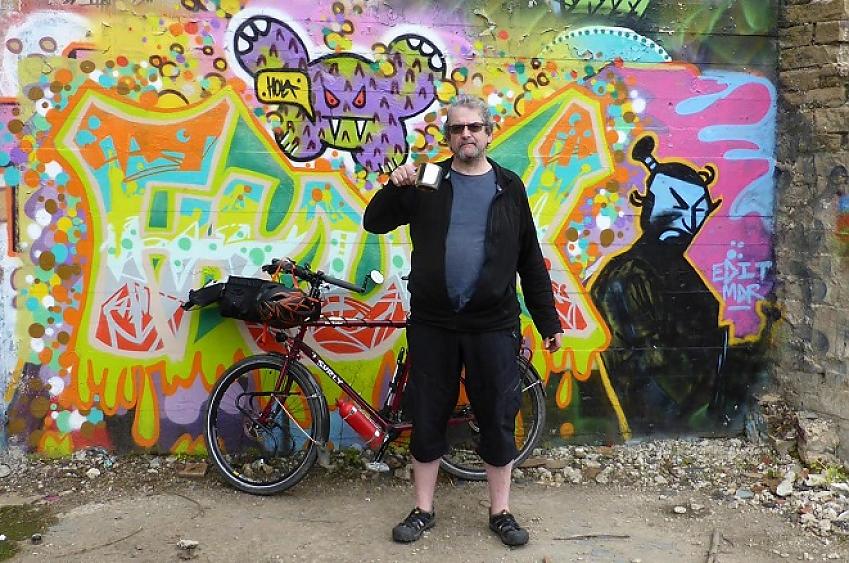 I'd like to add a massive THANK YOU to Heather and John Ainscough at BLAZING SADDLES in Hebden Bridge, who have supplied my cycling hardware these past few years. They have been instrumental in helping me to plan this expedition by welcoming me into their family home and sponsoring this crackpot idea. Without them none of this would have been possible.
Thanks also to Tony Upfold for writing this great piece and thanks to all the people who have had faith in me and to those who have contributed in whatever way.
Thank you all so very much.