Thousands at Space for Cycling and Pedal on Parliament rides

Thousands at Space for Cycling and Pedal on Parliament rides

Despite 'safety' concerns by officials, over 4,000 riders took part in the Pedal on Parliament ride in Edinburgh, while nearly 500 joined a Space for Cycling ride in Sheffield. Hundreds more joined rides in Newcastle and Aberdeen on 25 April.

Labour's Sarah Boyack praised Pedal on Parliament not only for exerting pressure for change, but also for bringing out the sun in time for the speeches - a miserably wet start to the day hadn't dampened people's spirits!  Other speakers included representatives of Friends of the Earth Scotland, Unity Left and the President of the Edinburgh Students' Union. 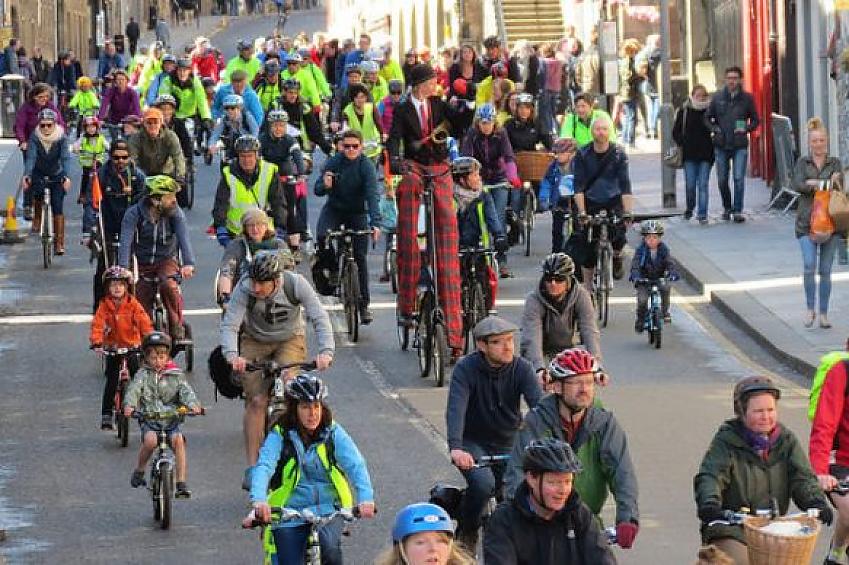 Cyclist  Dave Brennan (who blogs as Magnatom) had earlier led the rally in a minute's silence for those killed on the roads.  He took part in the ride using the bike which Andrew McNicoll had been riding at the time he was killed in 2012. 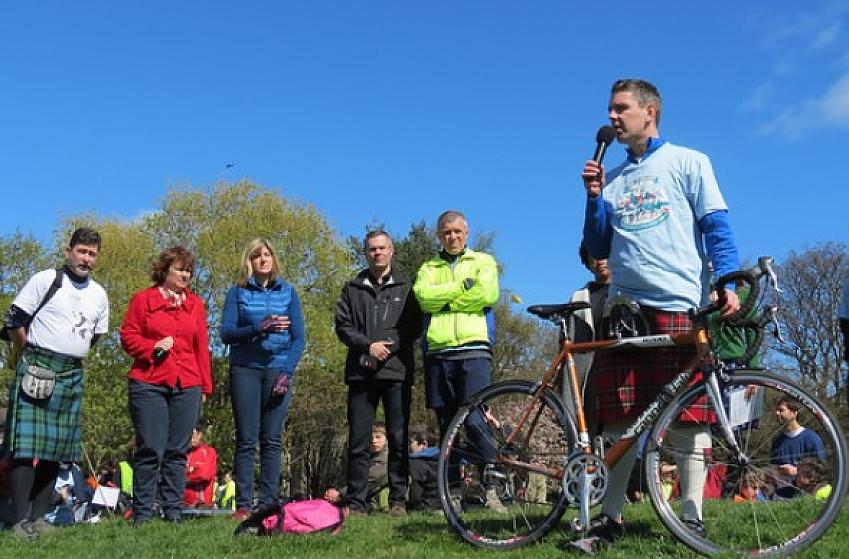 Meanwhile in Sheffield, young children and families were to the fore among the 400-plus people who made the 6km circuit out and back from the City Hall, via the heavily-trafficked Eccleshall Road and London Road.  There were red Space for Cycling tee-shirts everywhere, the sky was blue, and Cycle Sheffield's marshals did a fantastic job of guiding the riders through several major junctions.  It all felt perfectly safe, even for the smallest children on their scooter-bikes. 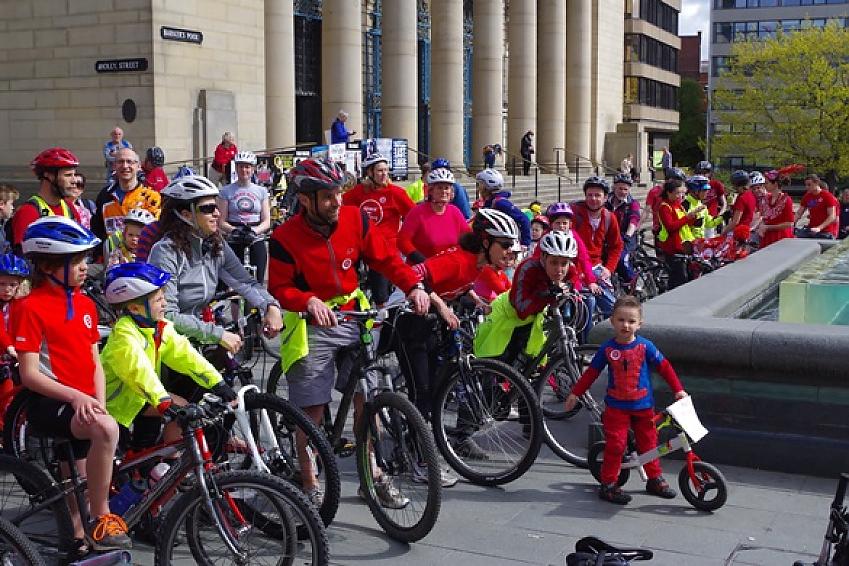 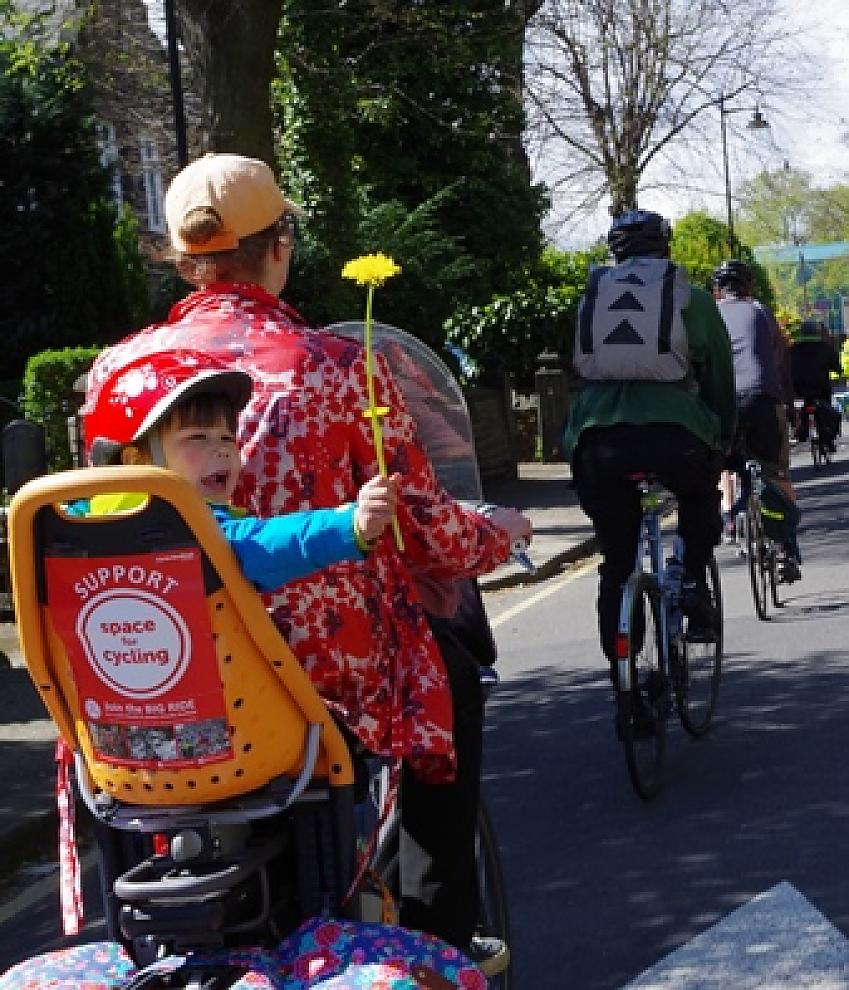 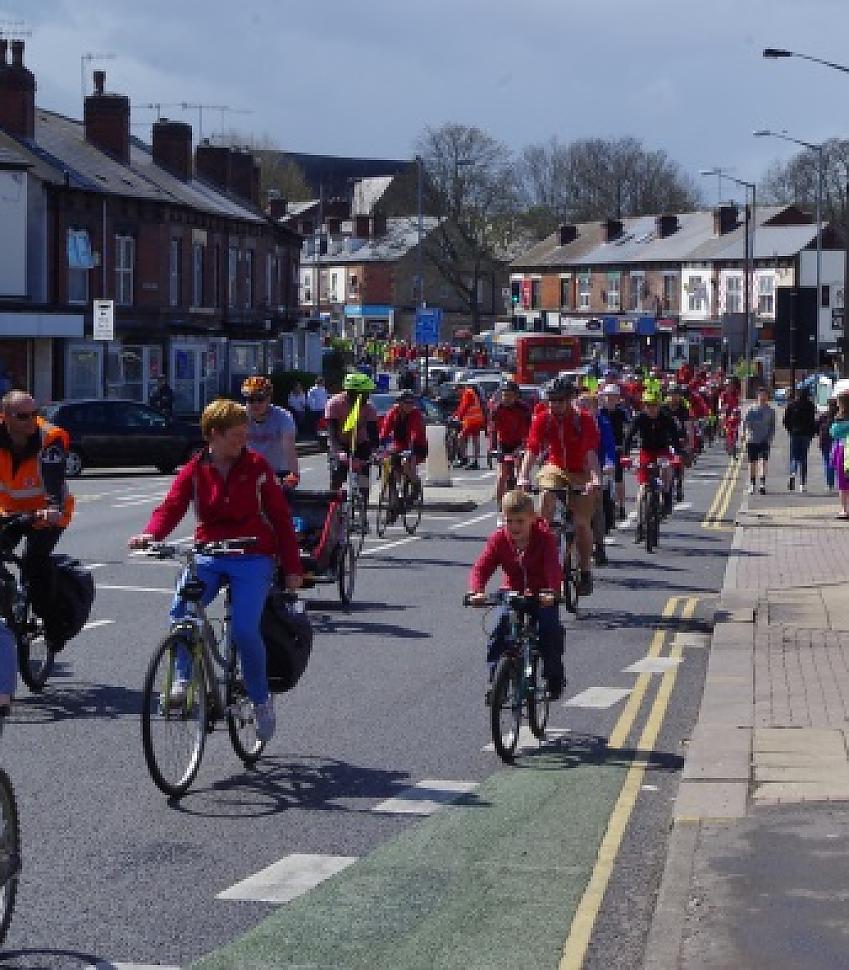 Young and old: Space for Cycling is for everyone! Photos: CTC (CC licence). See more photos from the Sheffield ride.

Yet despite this, NewCycling (the Newcastle Cycling Campaign) had been forced to announce one day beforehand the formal cancellation of their Space for Cycling ride.  The local Safety Advisory Group (SAG), comprising Newcastle and Gateshead Councils, the local police, bus companies and others, had withdrawn their support for the ride at the last minute, despite weeks of painstaking negotiations and planning by NewCycling volunteers.  Their reasons are not merely dubious, but also deeply ironic.  The SAG evidently felt that it's too unsafe for people to cycle on Newcastle's streets - to demand greater safety for cycling!

Undeterred, around 200 riders followed the route anyway, led by Newcastle Council's transport portfolio holder Cllr Ged Bell and cycling champion Cllr Marion Talbot.  They shared the riders' frustration at the way the ride had been undermined, despite several previous successful rides.  See videos and transcripts of the speeches which concluded the ride, plus photos by Claire Prospert, Duncan Buckingham and Peter Weselowski.

Another Pedal on Parliament ride also took place that day in Aberdeen, with the organisers from the Aberdeen Cycling Forum facing equally spurious pressures to abort.  However this didn't prevent c150 riders going ahead with the ride regardless - see photos and write-up by Zen Biker Maniac.