WE WILL REMEMBER THEM

The Cyclist’s Memorial Service at Meriden will take place at 11.00 am on Sunday 5th September 2021. It will be the 100th anniversary of the first Memorial event.

There is good news about the Meriden Cyclists’ Service: we are being allowed to have use of the sports pavilion by the roundabout for the first time. It will be used for catering and toilets and the outside area will be used for two displays of vintage cycles, one provided by the Veteran Cycle Club and the other display will be brought by the Army possibly including some paratroopers folding bikes from World War II.

For further details on this please contact Dave Hearn

Cycling UK (Cyclists’ Touring Club) remembers the thousands of cyclists who gave their lives in WW1 and in conflicts ever since. The Cyclists’ Memorial Service at Meriden is an annual event commemorating all cyclists lost in conflict which this year is being held on 5th September, having been postponed from May due to Covid-19 restrictions (as announced by organiser Dave Hearn and CTC Coventry). 2021 in addition to being CTC Coventry’s 100th Birthday also marks 100 years since the first Cyclists’ Memorial Service on Meriden Green and it will be supported by cyclists from the forces and feature a display of vintage cycles.

Throughout WW1, Cycling UK (Cyclists’ Touring Club) played an active role in the enrolment of CTC members into the battalions' ranks. The September 1914 issue of CTC’s flagship magazine, The Gazette, contained a form for “members desirous of serving” to fill in so that they could be put on a waiting list for a possible outlet for “active patriotism". A few months later and CTC had made arrangements for two special CTC Companies to form part of the newly formed Cyclist Battalion of the Royal Sussex Regiment.

It may be hard to believe CTC’s role in the call-up of cyclists to the front line, especially given the publication of the real dangers posed there for cyclist messengers. Mr G. Reddick of the Daily Chronicle reported seeing several messenger soldiers killed as they cycled. However, such acts reflected the opinion of the readership of the time that CTC could and should be doing something for the war effort.

Cycling UK has long been remembering fallen cyclists in the war. On 21 May 1921 the Meriden memorial, chosen as being closest to the centre of England, was unveiled and dedicated 'To the lasting memory of those cyclists who fell in the Great War, 1914-1919.'

The opening ceremony was fully reported in The Gazette, which described it as an “event unparalleled in the history of cycling…never had there been such a concourse of cyclists from all posts of the United Kingdom assembled in the common cause of recognition of heroism of their comrades fallen in the war.”

A fund of £1,000 had been raised for the memorial and Mr G. Herbert Stancer OBE, Secretary of CTC and Editor of The Gazette 1920–1944, helped to develop the scheme. Over 10,000 people attended the ceremony; such were the feelings of the cycling community.

At 6pm, Mr Gritten, the local MP, took to the stand and addressed the congregation:

"My Lords, my ladies, ladies and gentlemen, fellow cyclists. We are met together to perform a solemn function. We are to pay a last tribute to our dead comrades by the unveiling and the dedication to them of this permanent memorial. This occasion is, indeed, unique in the history of cycling. Nothing like this has happened before; and we pray that there will never again be such a great war as to make it reoccurrence necessary".

Sadly of course, later additions to the inscription would have to be made because of the Second World War and in the 2014 commemorations marking 100 years since the start of WW1, an additional plaque was dedicated by the Bishop of Warwick to remember all those who have been killed whilst cycling in the line of duty in all conflicts. 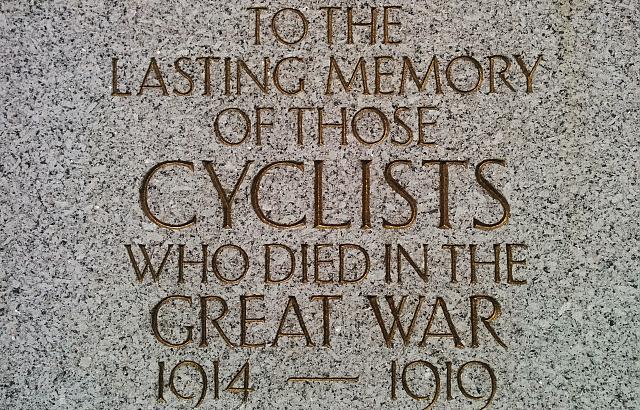 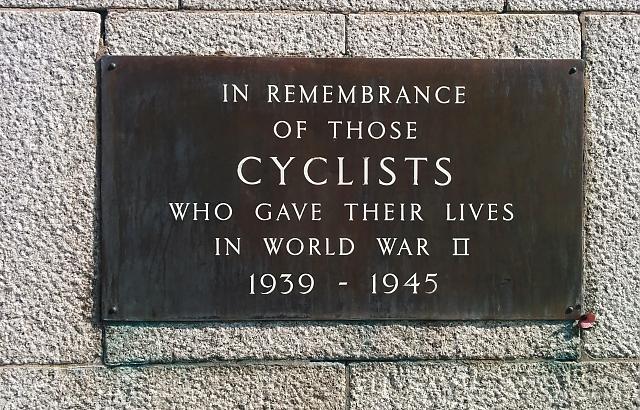 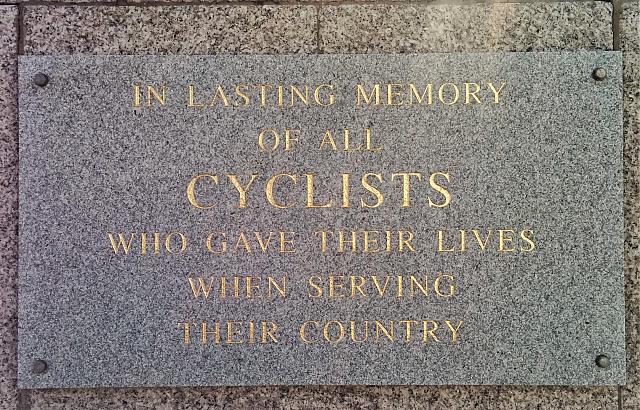 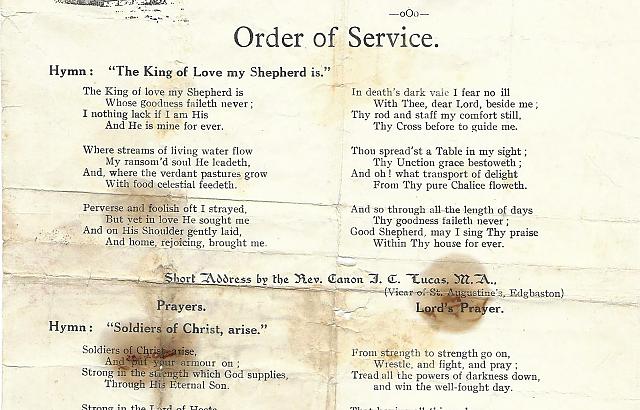 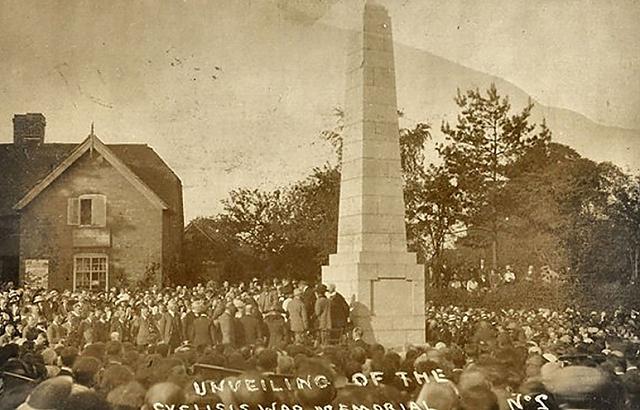