Withnail and us: cycling in the Lake District

Withnail and us: cycling in the Lake District

Needing an escape from London, David Bradford and Steve Shrubsall headed to Penrith in the footsteps of their favourite film anti-heroes

Withnail and I is not only the funniest film ever made, it’s timeless, as hilarious now as it was on its release 28 years ago. That’s my opinion; others are left cold by the foul-mouthed, sozzled excesses of the film’s title characters, out-of-work actors Withnail (Richard E Grant) and the narrator, Marwood AKA ‘I’ (Paul McGann). One thing not up for debate is that the story unfolds in an area of intense natural beauty, a landscape ripe for exploration by bicycle: a gorgeous patch of the Lake District just south of Penrith.

Earlier this year, facing likely redundancy from our jobs as subeditors on a London-based cycling magazine, colleague Steve and I were, in our minds at least, in a position similar to that of our celluloid anti-heroes Withnail and Marwood. The narrative of the film follows a pair of unemployed thespians, sick and tired of subsisting on cheap booze and loathing in their rancid, freezing London flat in Sixties London, who manage to blag a free stay in the country cottage of Withnail’s larger-than-life Uncle Monty (Richard Griffiths) to get some "harmony, fresh air, stuff like that".

The duo soon realise they have come on holiday by mistake as their dysfunctionality deepens in proportion to the unfamiliarity of their rural surroundings. For Steve and me, both huge fans of the film, both nearly jobless, life was imitating art. Though neither of us had a wealthy uncle to call on for free lodgings, Google soon sorted us a Penrith B&B, rental bikes and train tickets. We downed our subeditors’ tools and made a toast to "a delightful weekend in the country".

We set our hearts on visiting the epicentre of the film’s action: Crow Crag, a cottage actually called Sleddale Hall, located in stunning isolation just south of the village of Shap. It is a quasi-holy site for hardcore Withnail fans; for Steve and me, this would be a spirited, if not spiritual, pilgrimage. A few minutes more Googling informed us of good news: Sleddale Hall was being lovingly preserved by a new owner. Better yet, an organised, on-location screening of the film was scheduled for the weekend of our visit.

Scene one: the pub

Every character in Withnail and I is vividly drawn and, as with real-life people, a bit bonkers: the sociopathic pub brute; the inebriated landlord; the farmer with his leg bound in polythene; and, of course, the poacher with eels down his trousers. We half expected to find a cast of memorable characters during our own trip. We met our first in minutes.

Having arrived in Penrith on separate trains, Steve and I convened in the Board and Elbow to plan the following day’s ride. Seated directly opposite us was a man who would surely feature in a Withnail and I sequel. Stout, ruddy-faced and white-bearded – gnomic except for his darts player’s shirt – this was Ken, the resident wizard of Penrith’s public houses. All of them. Without pause, he sketched for us his typical daily itinerary: an intrepid voyage of ale, ardour and bonhomie, albeit within a 500-metre radius, tainted only by Wetherspoon’s having incautiously positioned their toilets upstairs.

The next day was set aside for a long ride, and the first job was to collect bikes from the hire facility: a shed at Penrith station. To our dismay, we were furnished with a pair of creaky, mud-encrusted mountain bikes whose only saving grace was their road-type tyres. They were, we tried to convince ourselves, the bicycle equivalent of Withnail and Marwood’s cool, clapped-out Mk2 Jaguar.

We pedalled south into the serene, stately environs of Lowther Park. A few minutes later, we were stopped in our tracks by the scent of classy cakes wafting from Askham Hall. Our livers had long since dealt with last night’s exuberance and we avoided re-enacting Withnail’s drunken outrages in Penrith tearooms. Suppressing the desire to demand "the finest wines known to humanity", we settled for scrumptious, jam-and-cream-lathered scones – racking up a calorie surplus that was going to demand some serious mileage to burn off.

As we pedalled away from Askham, we noticed that the sky was beginning to bruise. Rain jackets on, we steeled ourselves against the northern summer. We even bought a map. Enticed by the huge, blue expanse of Ullswater, we decided on a whim to ride down the western shore all the way to Windermere before looping back to Penrith via Kendal and Shap. A peremptory guesstimate at the distance produced vague agreement that it should be survivable, given sufficient mint cake. 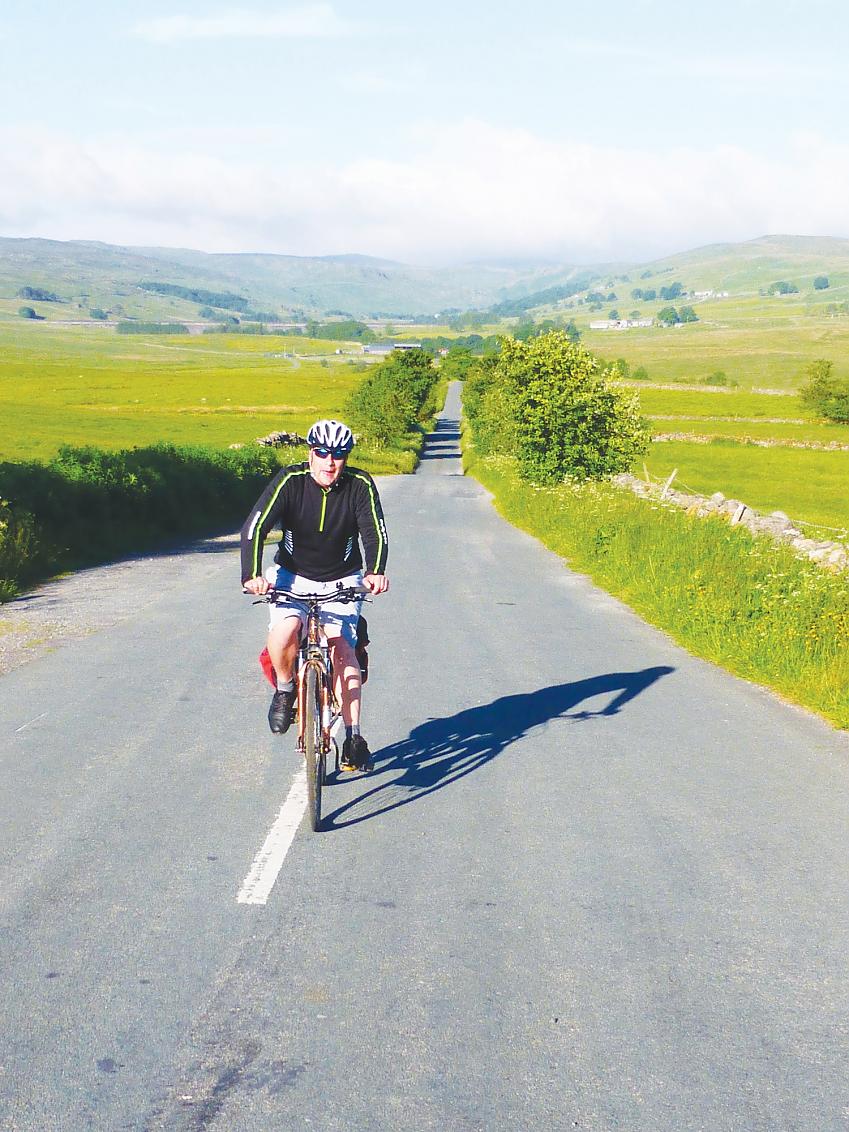 Ullswater passed pleasantly enough, as did Glenridding and Patterdale, but we had paid insufficient attention to the contours up ahead. With the rain now falling steadily and Kirkstone Pass kicking up to 20 degrees as it disappeared into the mist, I rode on ahead as Steve began to bewail his four-stone weight disadvantage. Halfway up, enveloped in dense cloud and eerie silence, I stopped and waited a full 10 minutes before a ghostly form emerged: a haggard, beaten figure pushing a bicycle while maniacally letting loose a Withnailian howl of despair: "Look you, this brave o’erhanging firmament, this majestical roof fretted with golden fire, why, it appeareth nothing to me but a foul and pestilent congregation of vapours…"

Coaxing Steve back on to his bike from his lowest ebb wasn’t easy, but the effort soon paid off. Suddenly there emerged through the murk, like a mirage in the desert, the image of a cosy, restoratives-purveying sanctuary: the Kirkstone Pass Inn. We could not believe our change in fortunes, from despair to glee within a few wheel revolutions. It wasn’t a question of whether to stop but for how long. "All right, this is the plan," Steve resumed his crazed quoting. "We get in there and get wrecked, then we’ll eat a pork pie… miss out Monday but come up smiling Tuesday morning."

I managed to restrict our intake to a flapjack and a warming shot of whiskey, giving us just the dose of Dutch courage we needed for the soggy descent down to Troutbeck. The rest of the ride was a mix of spectacular open countryside, oystercatchers, endless leg-sapping hills, expletive-peppered moaning from Steve, and a growing fear that we’d fail to make it back to Penrith by nightfall.

Our "decent day’s riding" turned out to have been, on later examination, more than 80 miles of relentlessly testing terrain. That evening, as we wolfed down a gigantic Indian meal, we felt justified for once in uttering that most overused adjective in cycling journalism: "well-earned".

The next morning, bleary-eyed at breakfast, we explained to our hosts the nature of our assignment. "Oh yes, we remember that film being made," said B&B proprietor Peter. "Back then, we were running the pub just up the road in Bampton. The farmer in the film still lives there. He owns the garage."

What a tip-off! There was scarcely time for a third round of toast. We scrambled for our bikes and hightailed to Bampton, a tiny village just outside Shap, and the location of the film’s famous phone-box scene in which Withnail rants at his agent for failing to find him an acceptably illustrious role.

At the centre of the village is the tiniest petrol station we’d ever seen: just one old-fashioned pump next to a bell to ring for assistance. Almost overcome with nervous excitement, we finally plucked up courage and pressed the button as we frantically rehearsed ways to avoid using the oft-quoted line from the film which has surely plagued this man’s life for the past 28 years: ‘Are you the farmer?’

A door opened and from it emerged
a well-built, stern-looking man in vest
and joggers.

"We’re researching an article about a film…" Steve croaked hesitantly.

"I know what you’re going to say," interrupted the man, gruffly.

"We’re not from London!" I almost blurted out in sheer terror.

"Oh aye, that was me in the film. I’m in the background driving the tractor in the bull scene," he beamed broadly and extended
a hand.

"I’m Steadman Bowness, but they call me Stead." We’d mistaken northern straight-talking for gruff hostility; Stead could not have been happier to recall how his tractor had been used in the film and how he now regretted having sold it a few years later for a paltry £100. He explained how he’d had to remain on standby during filming, ready to leap in and body-double for the actor playing the farmer, Michael Wardle, whose tractor-driving skills were perilously lacking. 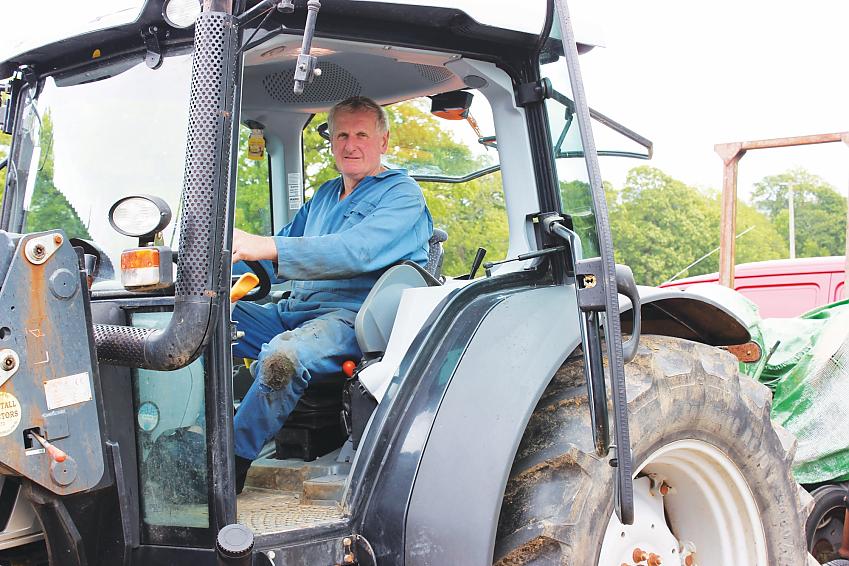 Meeting a minor participant from the film was a delightful, unexpected bonus, topped only by reaching the sublime and evocative mecca of Sleddale Hall (‘Crow Crag’). Having pitched our tent, we received a guided tour from owner-architect Tim Ellis, who explained how he has done his best to retain the property’s original layout and features as they appeared in the film. Standing on the exact spot, in the kitchen, where Uncle Monty amorously instructs Marwood, "I think it’s time to release you from the legumes and transfer your talents to the meat" was almost too poignant. Our petty worries about career prospects melted away. This, the here and now, we would never forget.

All that was left to do was sit back, imbibe a liberal quantity of Withnail-themed beers (specially brewed for the occasion) and savour the film in the stunning, sacred surrounds of its creation… and finally, finally – with a jolt of embarrassment – realise just how irritating are those Withnail fanatics who incessantly quote their favourite lines! 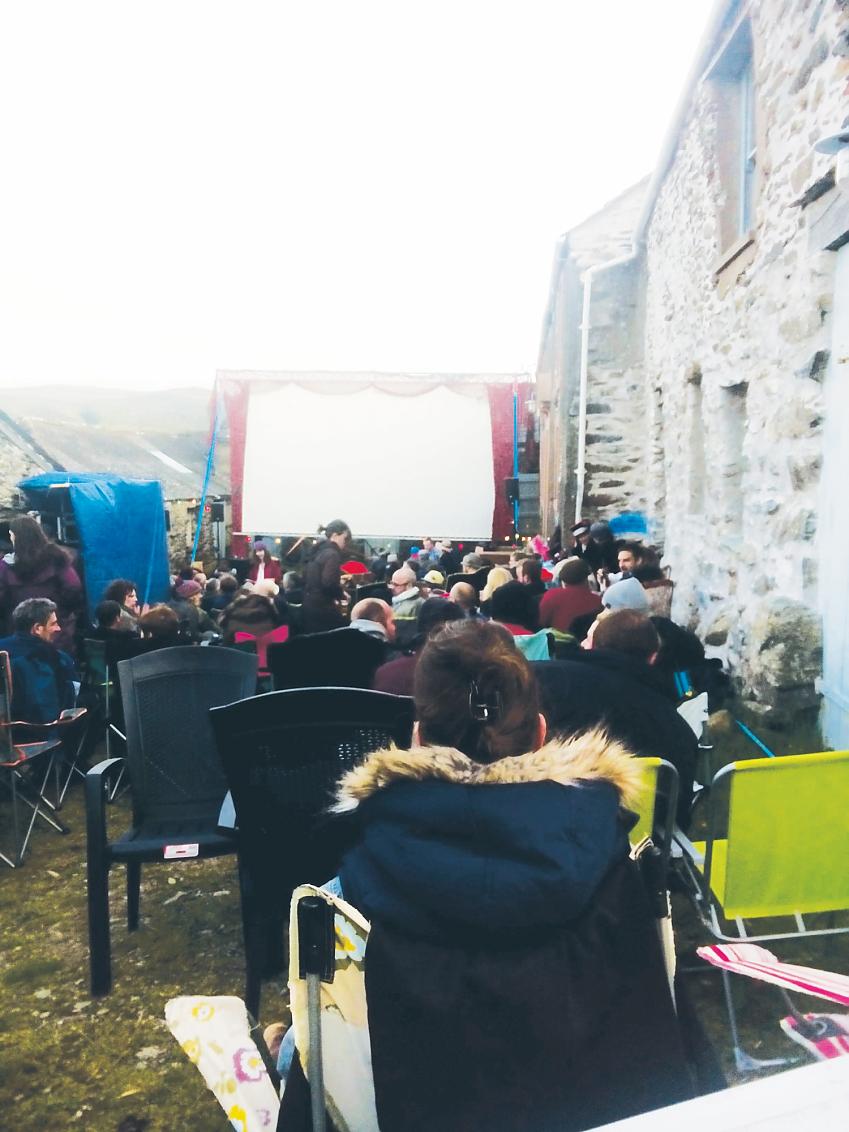 Cinema: Picnic Cinema is a venture run by Penrith-based charity Eden Arts. The summer-only series hosts screenings of great films at iconic locations across the north of England. Tickets sell out fast, so book promptly.

Where: Sleddale Hall in the Lake District

Route: Our big ride headed south from Penrith to Kendal via Lowther Park, Ullswater and Windermere before turning back north to Penrith via Roundthwaite, Tebay and Shap.

Conditions: Typical Lakes weather — sunny one minute, sheeting down the next.

Accommodation: We stayed at the Blue Swallow Guest House in Penrith (blueswallow.co.uk). We also camped.

Equipment used: We hired basic mountain bikes with road tyres for £25 each per day from Lake District Cycling, which operates from Penrith station: lakedistrictcycling.co.uk

I’m glad I had… A copy of ‘Withnail and I: Everything You Ever Wanted to Know But Were Too Drunk to Ask’ by Thomas Hewitt-McManus; a rain jacket; aspirin.

Next time I would… Stay for a couple more days and explore the Lake District.