Travellers' tales: Touring by the book

Travellers' tales: Touring by the book

The moment campsites in Wales re-opened, we were off. I borrowed a friend’s campervan, strapped our bikes on the back, and packed Jack Thurston’s guidebook, Lost Lanes Wales.

Our first stop was Llanelli. As we pulled into the campsite, they asked: “Are you self-contained?” The site was open but the facilities were not. As I had not yet bought a bucket, we spent the first night in a hotel.

The next day was route 19, ‘Seaside seduction’, a gentle ride on a seaside path from Llanelli and then alongside a tiny canal to the castle at Kidwelly. My four-year-old daughter rode some of this on her Islabike. When she was tired, she sat in her child seat, her bike lashed across the panniers of my wife’s bike.

Next was St Davids, where we stayed on one of our favourite campsites, and part of the ‘Celtic coast’ route. The weather was glorious so we only rode a few miles of Jack’s route. Mostly we stuck to the beach. 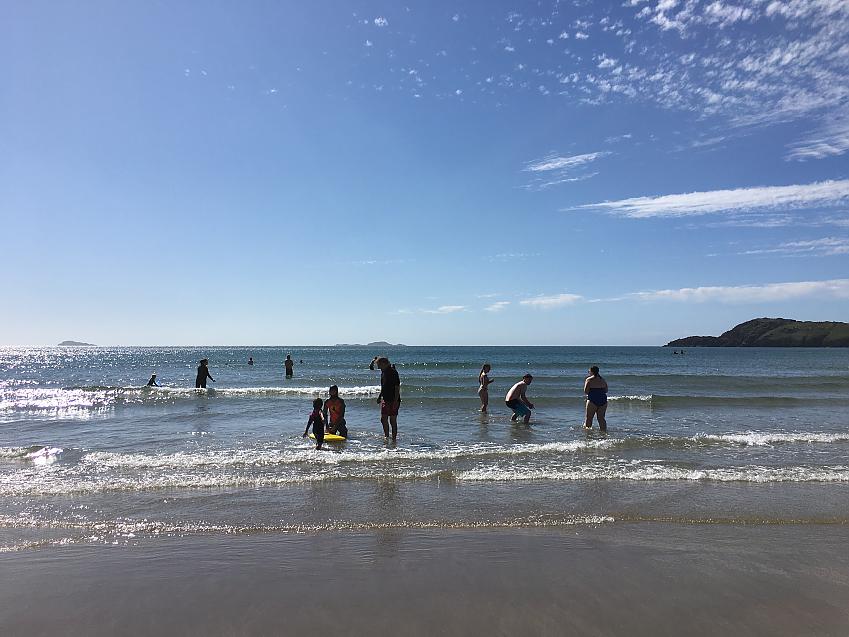 On the beach at St Davids in the August sunshine

Beached and bleached out, we left to camp in Llandovery. In the morning we drove to Llanwrtyd Wells, the start and finish of another 18-mile easy ride (‘Watery Wales’). This was my favourite ride of the holiday: lonely lanes with little traffic, varying views, gentle climbing, then streams and waterfalls on the way downhill.

We went through Hay-on-Wye into England and found a tiny riverside campsite on the Wye. The next day the weather was changing, and none of us fancied the slog up to Gospel Pass, part of ‘Around the Black Hill’. Instead we drove to the top and my wife and son freewheeled down while I drove.

We stopped at the Half-Moon Hotel to regroup and admire Llanthony Abbey. Later, with the children sleeping and the campsites we had hoped to use still shut, we headed home. We’ll be back to try some of other rides when we can camp without a special bucket!