Every year we enjoy a cycle touring holiday in Europe or the UK. In 2020, we’d planned three weeks in Scotland and Northern Ireland in June. With lockdown still in place in May and accommodation closed, we realised this couldn’t happen and cancelled the trip. We discussed cycling the French Atlantic coast in September but, by August, France didn’t seem feasible either.

We then decided to plan a trip most likely to actually happen: a tour in England that we could start from home. We chose East Anglia and ordered Sustrans maps so we could follow National Cycle Network (NCN) routes. Our tour took us through Bedfordshire, Cambridgeshire, and Suffolk, and then up around the Suffolk and Norfolk coastline. We cycled back through the Fens, with a memorable night in the beautiful cathedral city of Ely. It was a fantastic trip, helped by an Indian summer, and brought us great memories to sustain us through the winter. 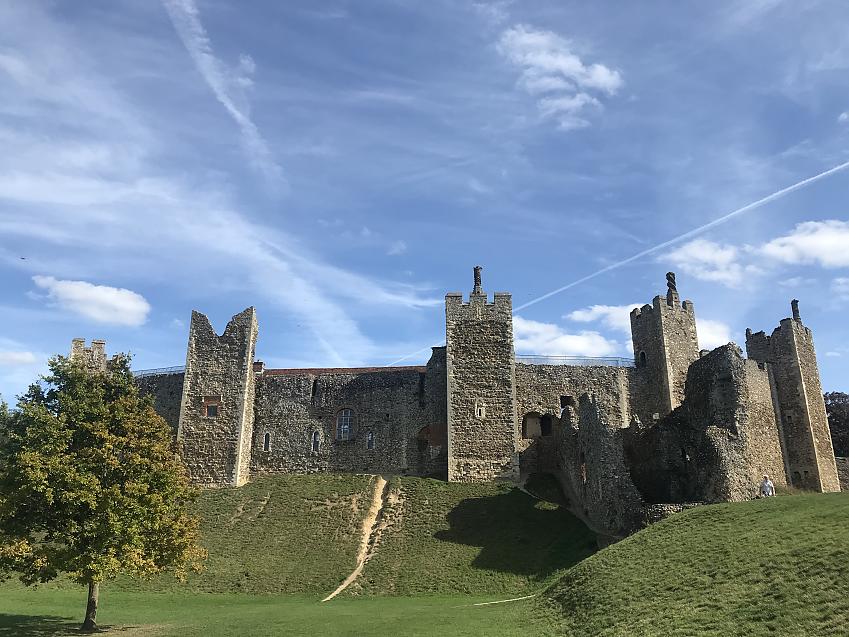 Framlingham Castle in Suffolk is set in extensive parkland

We set off in early September from our home in Aylesbury. Highlights en route included the beautiful Anglesey Abbey gardens near Cambridge, Wicken Fen Nature Reserve, Bury St Edmunds Abbey, and Framlingham Castle. There were unexpected treats too: medieval stone bridges in Cambridgeshire; cycling through Minsmere to the historic port of Dunwich; coffee by Horsey windmill in the Norfolk Broads; lunch at Norfolk Lavender; and walks across the beautiful beaches on this lovely coastline.

The NCN routes took mainly quiet lanes through pretty countryside and villages, interspersed with stretches of traffic-free routes alongside waterways and through country parks. Most impressive was the 14-mile St Ives to Cambridge Busway route, where we cycled on an excellent tarmac path alongside open countryside.