Lockdown, day one: for the first time, I found myself thinking that cycling on the road was safer than the cycle route. I headed west from Kirkintilloch along the Starthkelvin Cycle Path to Stathblane. This former railway line is popular with  walkers and dog-owners; social distancing was a nightmare compared with the parallel, traffic-free road. Much safer to come back along that!

I then devised other journeys to explore the lanes that still exist in my corner of urban Scotland: the triangle between Glasgow, Cumbernauld and Airdrie. It’s amazing how many new routes I found in the first eight weeks of lockdown, during which I cycled from home almost every day and clocked up over 1,500km.

Cycling some roads frequently gave me an insight into the farming timetable. Fields began as muddy clart, then were ploughed into heavy furrows, and then flattened with rollers. Finally the green shoots of barley appeared, reminding me there would be life after the virus. 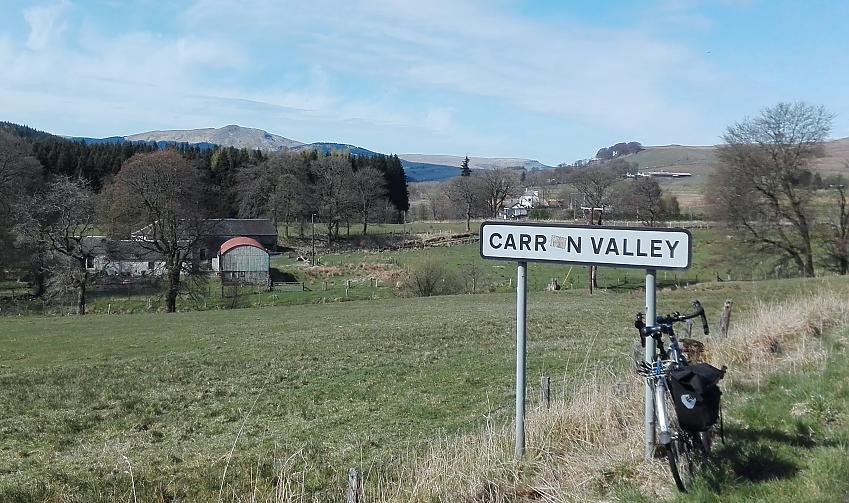 Meikle Bin in the Campsie Fells, seen from Carron Valley

I’ve enjoyed seeing relics that show I live on the former Lanarkshire coalfield. Gartshore Bing is a prominent landmark, and the workings are still visible round the village of Annathill. Erstwhile mining villages such as Moodiesburn, Twechar  and Auchinstarry are tranquil now.

It has thrilled me to see new views – not just from the two roads over the Campsie Fells but also realising that the peaks of Arran are visible from both Cumbernauld and Airdrie.

Will the lockdown see a new dawn, with more people cycling safely on roads? My experience has been consideration from motorists. Younger people I know have bought bikes. The future looks good.