It was 71 years ago that Jean joined Cycling UK, or CTC as it was then. She’s been a member ever since. She spoke to Dan Joyce about her cycling life

When Jean became a member of CTC, King George was on the throne, the BBC radio programme Listen With Mother had just begun, and post-war soap rationing was about to end. It was 1950 and she was 15.

You could say I was born to be a cyclist

“You could say I was born to be a cyclist,” said Jean, now 85. Her parents had been members of Bradford Clarion. Yet her father died when she was a baby, and her mother never talked about cycling. So what inspired her? “I just envied people on bikes,” she said. “When I was a girl, I used to sit on the clothes horse and pretend it was a bike. I did later have a little bike with pedals on the front wheel but my mother gave it away.”

Her cycling horizons only opened up when the family moved from West Yorkshire to Hull and she acquired an open frame Hercules. “My big brother Eric thought we could ride to the seaside at Hornsea, where our uncle had a caravan,” she said. “It was 14 miles each way. We were worn out when we got back. But next weekend we did it again.”

Eric subsequently joined CTC, then asked if he could bring his little sister along. Jean rode with the social section, then the intermediates. “Cycling in those days from Hull, you just got out onto the Wolds. Weekends you’d go to the Moors. On the way home, you’d stop at Beverley for orange juice – our club in one pub, the other clubs in another. Then we’d make our way back to Hull together. When you saw the 30 sign, you’d sprint like mad. I always did that; I was very competitive.

She did long rides, such as 220 miles in 24 hours: “We went from Hull into the Dales, and washed in the river near the Ribblehead Viaduct.” She raced time trials, some British League of Racing Cyclists’ events, and grass track at York Rally.

Club cycling introduced her to her first husband, John. “We met at York Youth Hostel for a club Easter tour,” she said. “We were the first to turn up and John suggested we go for a walk, so we did. Then he said, ‘Shall we go on the walls?’ I didn’t know what ‘on the walls’ involved. So I said, ‘No, I don’t think so.’” 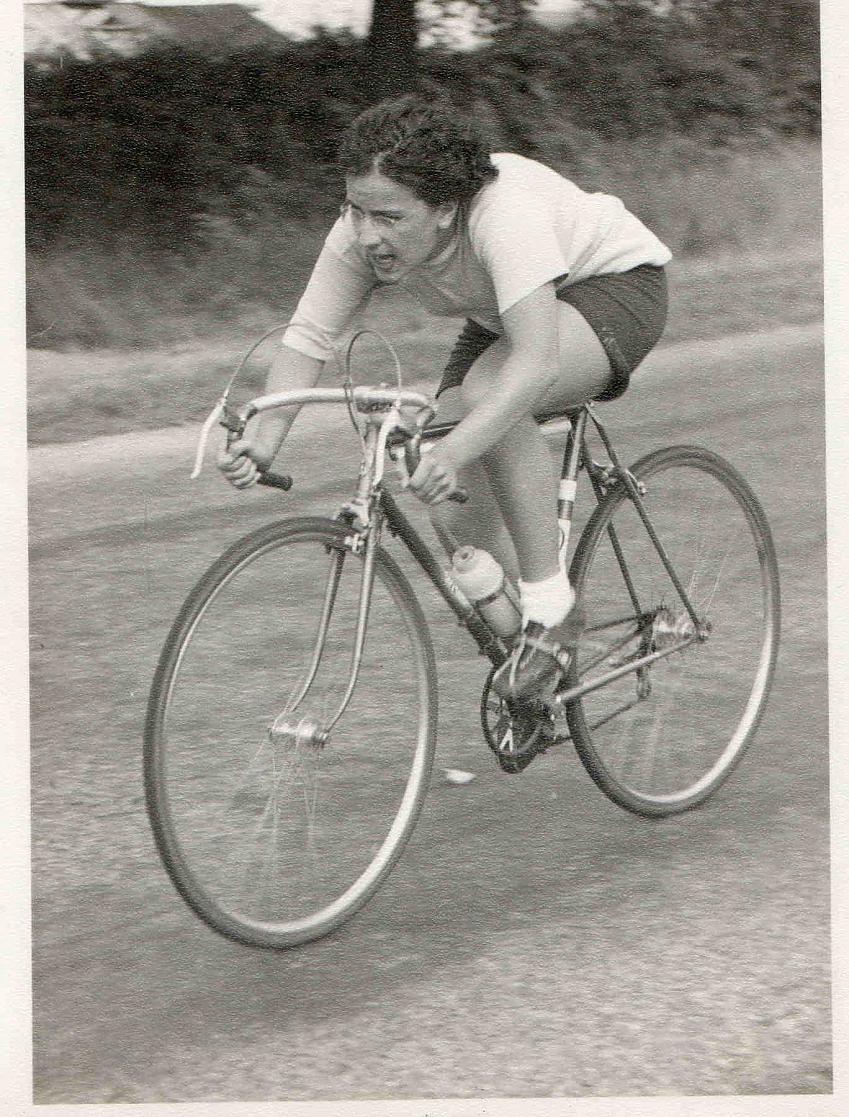 They toured together, first on a CTC trip through the French Alps led by Les Warner. On another holiday they went over the Gemmi Pass in Switzerland. They had two daughters, Wendy and Margaret, and continued cycling, albeit closer to home. Then John died from a brain tumour when the girls were just ten and 12.

“I bought a junior-back tandem advertised in the Gazette,” said Jean. “I scraped the paint off and resprayed it. So then I had a tandem to take Margaret on, while Wendy rode on her own bike. I drove them to Scotland for a cycle tour, and later we went to France camping.”

When her daughters were adults, Jean began leading CTC tours. Her first was to the Black Forest. “I married one of the riders,” she said. “Sam had been widowed, and I took very good care of him. I never dreamt that we’d get married!”

Jean’s tours also led to her becoming a mother-in-law – twice! – because both her daughters met their own future husbands on cycling holidays that Jean was leading

Sam doesn’t cycle now and Jean only does a few miles. It’s not the physical effort; she has an exercise bike and still plays tennis. Her daughter Wendy – a member of Cycling UK for 50 years herself – said Jean lacks confidence. Jean was matter of fact: “I thought, ‘I’m just getting too old for it,’” she said.

But it turns out she isn’t. A couple of days later, she phoned me. “I went out yesterday on the bike, you’ll be pleased to hear,” she said cheerily, “only five miles to get some eggs.”

Traffic levels are just one of the changes Jean has seen in 71 years of cycling. She also noted that: “Gears were different in those days. For a trip to the Dolomites, my first husband John made a smaller, 36-tooth chainring for his bike; he was an engineer. Now that chainring is hanging in Wendy’s hall. How about that?”