Since last March, most of us have been hunkering down, not cycling far from home. I took the opportunity to try something different: Turbo Beat.

For a year, people in my cycling club had been saying I should come to the Turbo Beat sessions at Crystal Palace. But I was too tired; I was meeting friends; I was washing what’s left of my hair.

After a while, I realised the real reason I didn’t go was fear. Fear of being humiliated by fit cyclists who would show me up for the pathetic, weedy cyclist I am. 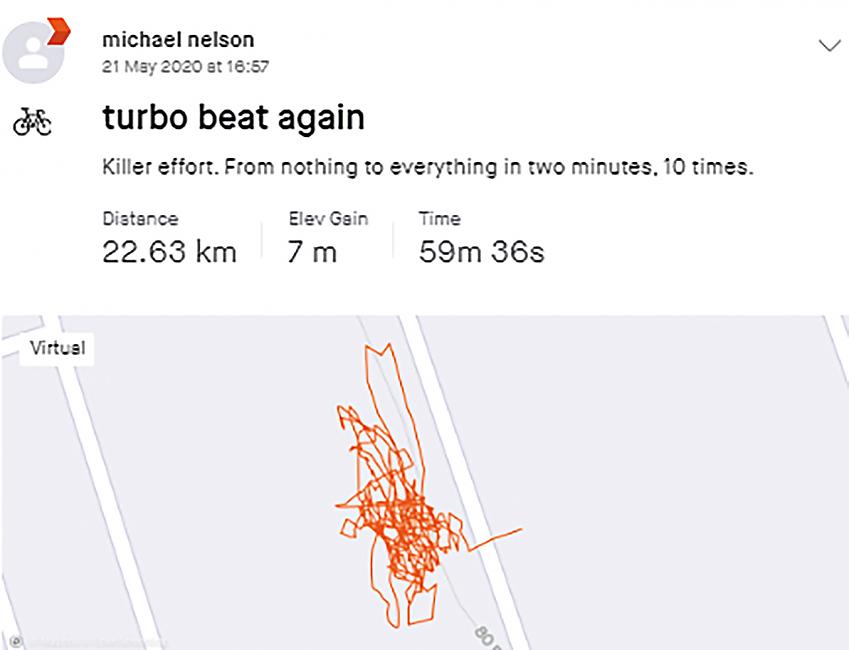 Except, as I now know, it isn’t like that. Paul Mill, Turbo Beat head coach, took me to one side, and explained how “the wall” of performance brought everyone to the same level. Yes, you had to work hard, but it was to your own standard. He then sold me a turbo trainer so I could join his online sessions from my back room.

They are brilliant. But it is more than just getting fitter. It is, once again, a group activity. Tiny faces on Zoom stare out from my laptop perched on the mantelpiece. The titans of my cycling club are there too, suffering as I seem to. After one session, I mused out loud: “Why  am I doing this?” Paul replied: “Because you don’t have anything better to do.” He’s right: there isn’t anything better to do than cycling.

On recent, longer ‘real life’ rides, I hear Paul’s voice: “Dig. Push. You can do this.”