Global warming and cycling: it’s not too late for change

Global warming and cycling: it’s not too late for change

Active travel is moving up the political agenda as the dots are finally being joined between transport and climate change. Cycling UK’s Keir Gallagher reports

The spring elections may now seem long past but, when it comes to campaigning for cycling and active travel, we’re just beginning to see how the results are impacting the political landscape.

The story is a positive one, not of radical change but of a steadily building cross-party consensus. This presents opportunities to raise up the voices of normal people and demand a greater focus from national and local governments across the UK on cycling.

In Scotland and Wales, although the SNP and Welsh Labour retained power respectively, this hasn’t stopped a new focus on climate change and carbon reduction being pushed to the fore. In Wales, the transport brief now sits under the Minister and Deputy Minister for Climate Change, Julie James MS and Lee Waters MS.

A similar shift in Scotland sees the Minister for Transport, Graeme Dey MSP, reporting up to the Cabinet Secretary for Net Zero, Energy and Transport, Michael Matheson MSP. 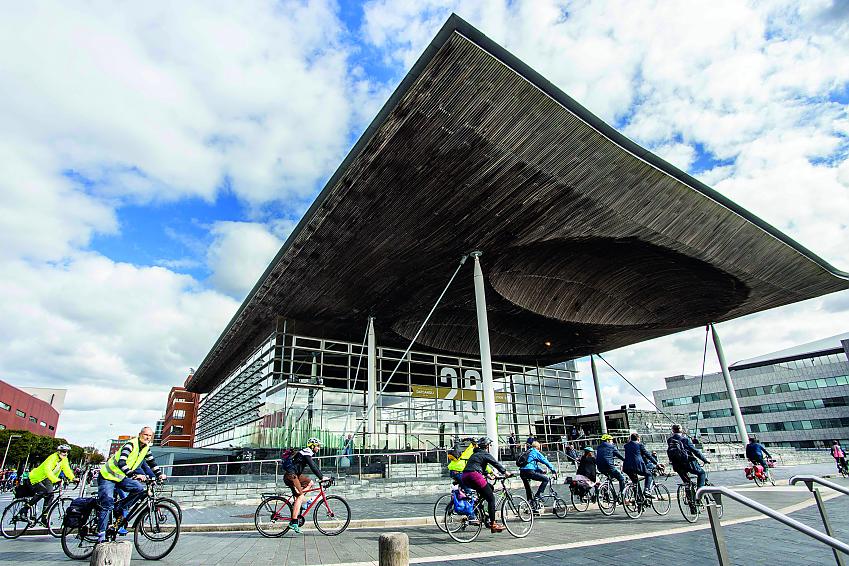 Wales aims to halve transport emissions between 2020 and 2030

It’s no coincidence that these changes in focus come in advance of the UN Climate Change Conference (COP26) in Glasgow in November. Yet that does not detract from their significance.

This recognition of the intrinsic links between transport and climate change is good news for cycling, which has the potential to play a key role in decarbonising transport over the coming decade. In theory, it should also signal a move away from the sometimes contradictory policies adopted by governments UK-wide when it comes to offering the public greener transport options.

For example, in England, while the Department for Transport is, at the time of writing, developing its plan to reduce transport emissions, it’s still committed to a £27bn investment in major road upgrades, which threatens to encourage more people into their cars.

In Wales, however, we’re already beginning to see a change in tack: the emphasis on tackling climate change follows on from the new transport strategy published just before the election, which aims to halve transport emissions between 2020 and 2030, by encouraging, amongst other changes, an increase in people using public transport, walking, and cycling.

Actions, of course, speak louder than words, and it’s heartening to see that the new government is not shying away from difficult decisions: in June, almost all new road building schemes in Wales were frozen to allow a review, with a stated intention from Lee Waters MS of ‘redirecting investment’.

The same cannot yet be said for the rest of the UK when it comes to major roads projects, but a benefit of the devolved governmental system means that where one country leads, others often follow. There’s no doubt that this action in Wales will help campaigners push for a similar approach in Scotland, England, and Northern Ireland.

It’s not just about cycling: it’s about towns, cities and rural communities designed for people, rejuvenating our high streets while helping people stay healthy and active

When it comes to direct investment in cycling, although there’s a long way to go, the elections also highlighted the growing consensus across the political spectrum supporting increased funding. Both of the national hustings events in Wales and Scotland were dominated by politicians – would you believe it – agreeing with each other about the need for more funding for cycling and enabling more people to choose active travel options.

This cross-party support is testament to the slow-burn impact of campaigning by Cycling UK and many other organisations and groups. The conversation about investment in active travel is shifting away from ‘if’ and towards ‘how much?’.

In Scotland, most parties signed up to support Cycling UK’s call for 10% of transport spending to be directed to active travel. While the SNP’s commitment fell short of this, the support from opposition parties will help keep up the pressure – especially as the Scottish Greens, on the back of their best ever election result, hold the balance of power, with the SNP short of a majority.

Other commitments in the SNP manifesto – such as providing a free bike to all children who cannot afford one, and cycle training to support that, could help create a new generation of cyclists. Having a bike is only part of the puzzle, of course: comprehensive safe networks are also required – and currently lacking.

The English elections also saw councillors from 47 different highway authorities pledge their support for increasing investment in cycling, including councillors from all main political parties – a real demonstration that this need not be a party-political issue.

And, while it’s always hard to draw generalisations from local elections, it’s worth noting the success of the Green Party, which more than doubled its councillor count, indicating a growing recognition by voters of the importance of climate change as a key consideration in political decision making. More voices – from all political parties – recognising this link, especially in the context of transport, must be a good thing. 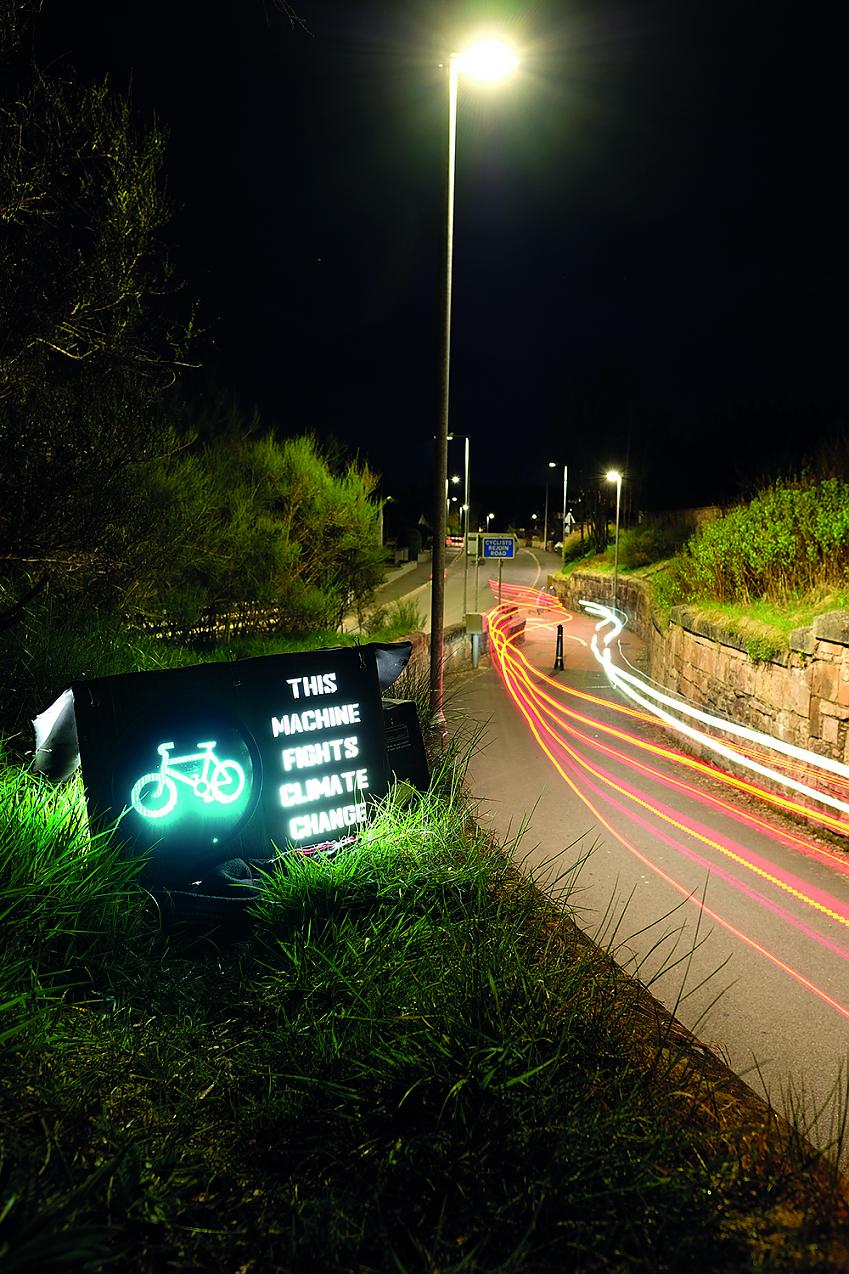 So, what does this mean for cycling campaigning in the coming years? There’s plenty on the horizon: COP26 is a chance to focus minds on reducing transport emissions, and an opportunity to hold UK governments to account on their active travel commitments.

Meanwhile, 2022 brings local elections in Scotland, Wales, London, and a handful of other English councils, as well as national elections in Northern Ireland – provided those aren’t brought forward.

The consensus of support for active travel provides a strong base on which to make the right arguments to the right people and build the case for serious investment in networks of high-quality cycle lanes, supported by measures to enable those in rural areas to cycle.

It’s not just about cycling: it’s about towns, cities and rural communities designed for people, rejuvenating our high streets while helping people stay healthy and active.

But to secure that we need to raise up the voices of the public who support these aims. We know the consensus is there. Poll after poll shows support for reallocation of investment – and road space – towards cycling. Yet that support is often drowned out by a vocal minority.

As campaigners, on a national and local level, our role is to facilitate and enable thousands more to speak up in for cycling and demand ambitious action from their representatives.

Cycling UK’s growing Cycle Advocacy Network will therefore be central to upping the pressure on politicians, bringing together campaigners, and developing the tools needed to empower people to secure impactful change in their communities.